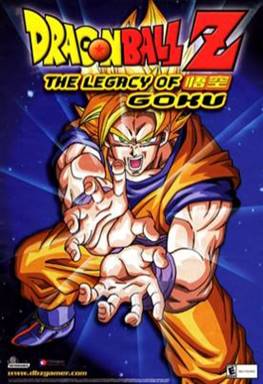 Before we had the 3DS, we had the Game Boy Advance. Back when we had Toonami on the afternoons, Dragon Ball Z was one of America’s popular anime besides Sailor Moon and YuYu Hakusho. I remember playing the first DBZ Game Boy Advance when I was little, the game was called Dragon Ball Z: The Legacy of Goku. Unlike the Dragon Ball Z games on the console, Dragon Ball Z: The Legacy of Goku played like a Action-Adventure role playing game. The story goes from the Saiyan Saga to the Frieza Saga and you play as Goku himself. Throughout the game, the only attacks you have is your punches, Ki blast, Solar Flare, and the Kamehameha. You face enemies like Raditz, Vegeta, the Ginyu Force, and Frieza.  Like any other role playing game, you need experience points to gain strength. Also, you do get lost while traveling like me, I got lost while walking through the Namek Temple. One of the best moments of the game is where you become a Super Saiyan and fight Frieza for the final boss. The game was fun but it was complicated. After this game we got sequels, Legacy of Goku 2 and Buu’s Fury. Thanks to the video game magazine Tips & Tricks, I used a cheat code play as invincible Goku, I cheated the game XD.