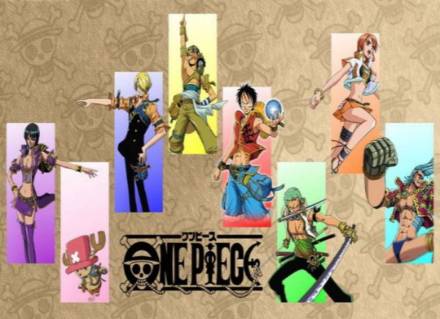 Before Unlimited World Red, before episodes 1 and 2 of Unlimited Cruise and SP, there was the first “Unlimited” series. The game was called Unlimited Adventure and this game was the reason why I was happy to have the Wii.

In One Piece: Unlimited Adventure, the motley Straw Hat Pirates find themselves stranded in a mysterious land after a massive island rises to the ocean surface from underneath their pirate ship. Players must assume the role of their favorite One Piece persona and explore this newly formed terrain to uncover the secrets and powers that lie within this isle.

With the Wii remote and Nunchuck controller, players pull, turn and swing to battle nefarious villains using each character’s own unique set of moves including Luffy’s Gum Gum Storm and Nami’s Cyclone Tempo. Gamers can also journey through the exclusive new storyline in Adventure Mode using one of eight Straw Hat pirates or test their skills in Survival Mode and Vs. Mode to unlock more than 40 additional playable swashbucklers.

Unlike the One Piece games we have now, this was the first and only game to have the FUNimation cast. Colleen Clinkenbeard, Chris Sabat, and others were part of this game. What also surprise fans is that this game contained many spoiler moments. This game was released in 2007 and while in that time, most Americans was probably still in the Alabasta arc or Skypiea Arc, while in Japan they were already at the Water Seven/CP9 Arc.

1. It is revealed to fans that Franky is already a new member of Straw Hat.

3. Many new foes were introduced and they were challenging. Aokiji, Rob Lucci, and Whitebeard. (Whitebeard was like the Sephiroth of the game!!!)

The game was much like any other “Unlimited” title, you control one of the Straw Hat members and explore the mysterious island for items and upgrades and you face the memories of the people they each faced. One of the nuisances I have faced is usually back tracking, I had to travel a certain parts of the island and to get one thing and return all the way back to camp. Once you defeat the enemies, they become playable for Vs. mode or Survival, a mode where you face waves of enemies until there is no more. Each character has there own unique abilites like Luffy as a basic fighter for players and utilizing his rubber powers for his advantage and characters like Usopp and Robin are good for long distance.

If you are One Piece fan and you still got the Nintendo Wii, I highly recommend getting this game. Like I said before, this is the only game with FUNimation dubbed.

One thought on “One Piece Unlimited Adventure review”