Thank God it’s Friday! Today is everyone’s favorite day of the week. To those who may or may not noticed the anime review posts I leave here in this blog, some of these reviews are reinvented and improved for potential anime fans. Long story short, when I first started doing reviews, my writing techniques and language was pretty sloppy and rough. Reviews of Buso Renkin and Clannad: The Motion Picture were one of the reviews I did when I first started out. Now that I improved them, I am proud of my corrections. Before I begin here some quick news:

Yen Press announced that they got the license for Akame ga Kill! Zero. This prequel focuses on the brainwashed Akame and her duties with the Empire. YenPress also announced that they will release a 2-in-1 omnibus print manga of Servent x Service, created by Karino Takatsu. According to FUNimation, the anime Free! Eternal Summer DVD release will be delayed. It was originally supposed to be released on September 29.

All aboard to TGIF! Time to Sing Along! It’s A Small World After All. Just a small, just a small world!

Time for the finale! Here is something cool and something random 🙂

Here is something to laugh. Moustache…

Have an awesome weekend! 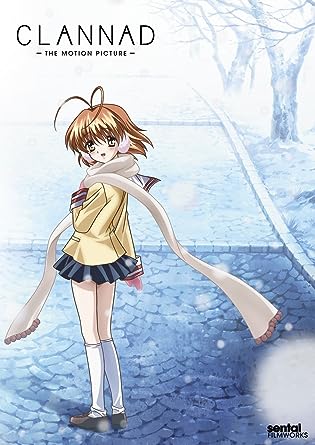 Plagued by a seemingly endless stream of haunting dreams, Tomoya drifts through life with an almost overwhelming sense of anger and emptiness. Then, one fateful day, he meets the mysterious and beautiful Nagisa and his world begins to change. While helping Nagisa revive the defunct Drama Club at their high school, Tomoya discovers that she has the same dreams. Their story starts beneath the cherry blossoms, but where will fate lead them?