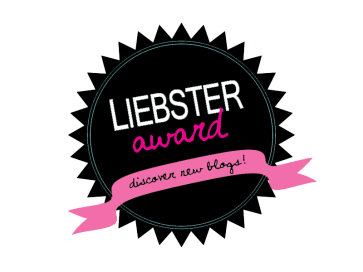 Hello everyone! This is Matthew and I am here to announce that I got nominated for the Liebster Award!! Thank you Pink-Chan for the award. She is an awesome anime blogger who shares her thoughts on anime discussions and helps fans remember anime character’s birthdays. Here are the rules for the Liebster Award:

Since I don’t see any of the new questions Pink-Chan made, I will answer the same questions she did.

What is your favourite game genre?

What is your favourite book genre?

In manga, I tend to enjoy a story filled with action and anything with fighting. Another genre would be suspense or slice of life.

What region do you prefer for comics? (Asia, America, Europe?)

Besides manga, I do like comics from Marvel and DC. My favorite out of the two is Marvel. Marvel comics have great superheroes I know like the Avengers, Spider-Man and X-Men. I like DC but the only heroes I really know is Superman and Batman.

Why did you start blogging?

What is the trashiest game you played or book/comic you’ve read?

Personally, the worst game I ever played was Yu-Gi-Oh! The Falsebound Kingdom for the Nintendo GameCube. 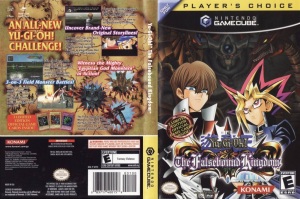 This game was not what I expected when I bought it. I thought this game was going to be like the anime with card games. Instead, I got the opposite. To be brief, the game’s story was kind of boring with no actual dialogue. The game pacing was slow like an old PC. The combat with the monsters is almost like Pokemon. Overall, the game is not worth it.

I have not tried any of these food. I imagine surströmming tasting like a salty, vinegar fish meal. I imagine the meat being tender. For Mämmi, I imagine it being a very dark chocolate dessert.

What is the most disgusting (tasting, looking and/or smelling) national delicacy you know of (where you live?)

I can’t think of anything I ate that was consider the most disgusting delicacy. Lol

What is the funniest word you have heard? (And if not in English, what does it mean?)

I think the funniest word I have ever heard was Shipoopi. Shipoopi, according to Wikipedia, is a song  that was written for a musical called The Music Man by Meredith Willson (1957). The song was also played in the 20th episode, 4th season of Family Guy called “Patriot Games”. I thought this was really funny, especially at the other half of the world, “-poopi”.

Please share one personal thing about you. Why that one in particular?

I am not much afraid of spiders however, I think tarantulas are more scarier.  Spiders are easy to kill because they are small and you can easily kill them with a simple stomp or hand squish. Overall, they are tiny. Tarantulas are worse because they are big and the thought of touching one brings shivers to my back. I remember seeing the tarantula moment in the movie Home Alone and I was terrified.

In the console war, where do you stand?

It’s either Nintendo or Sony. I grew up with the NES and the PS1. Back in the day, before DLCs, they had the best games like Mario, Crash, and Spyro. It’s hard to choose one. I know I wouldn’t pick Xbox. I have nothing against Xbox but I just never owned one and I don’t have any experience with the console.

Here are the 11 Nominees:

That’s all folks! Sorry for the delay post Pink-Chan!!

29 thoughts on “The Liebster Award”