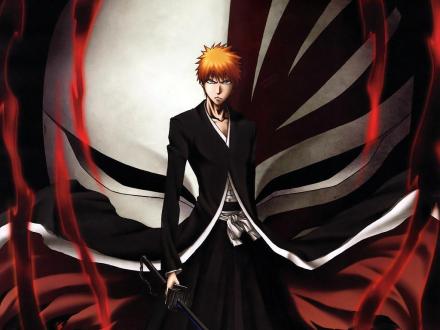 “To disrupt” has a negative denotation, but rather than looking at the verb in a negative light, we are going to use the verb in a positive way. It’s like the word, “protest” which has positive and negative connotations depending on the perspective of the person.

Disruptors: An individual or a group disturbing a system or social norms/conventions that they believe is destroying what is morally right.

(Possible spoilers if you haven’t been caught up with Bleach)

You may be asking yourself, what will this post be about and what’s the deal with this topic? This post will be different compared to my usual posts like reviews or news. Instead, however, I will be talking about something important that involves us and how it can it be relevant with anime.

First of all, I want to bring up the term “disruptor”. Earlier I mentioned, a disruptor is an individual who who disturbs a system or norm that is believed to be morally right. The term is commonly used as a negative connotation but for this case, a disruptor can also be treated as a positive connotation. Let me explain these things first:

Ever recall a moment in your life where you felt like the world’s laws and beliefs were “unfair”? In America’s history, we had so many issues going on the past that needed to be fixed. For example, the most common dark piece of history is the segregation of African Americans and Caucasians that took place in 1950s. In that time, black citizens were treated unfairly based on their skins. They went to separate schools and places and were treated unfairly and the whites were treated as if they were supreme. It was a dark time in history. However, Civil Rights leaders like Rosa Parks and Dr. Martin Luther King Jr., fought against the system and risked their lives to help bring equal rights for both race. In his speech, Dr. King dreams that one day, our children will hold hands and be friends regardless to skin. These are the kind of people that interfered with the norms and fought for our rights for this day in age. This is an example of how disrupting can be a good thing. 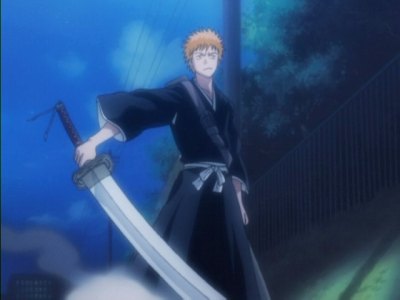 Even though this anime doesn’t really talk much about race, I decide to use the anime Bleach as an example to make a point about disrupting. To those who don’t know about Bleach, Bleach is a series created by Tite Kubo and started off as a manga and then anime. The series follows a teenager named Ichigo Kurosaki who has the ability to see ghosts and spirits. One night, he encounters a Soul Reaper named Rukia and learns about the hollows, an evil spirit that feeds on the weak spirits and people of the living. When Ichigo sees his family attacked by a hollow, Ichigo borrows Rukia’s powers and becomes a Soul Reaper and saves his family; however, this causes Rukia to violate the laws of the Soul Society by allowing someone to use her powers and tampering the rules of the Soul Reapers. This is the beginning of Ichigo’s adventures.

You might be thinking, “Okay Matt, I don’t understand, you went from American History to anime. How is Bleach is a disruptor?” I am getting to that.

Remember the plot I mentioned earlier in Bleach and how Ichigo gained Rukia’s powers? This act was a huge no-no according to the laws from the Soul Society. After the Soul Society found out that Rukia gave her powers to a human and heard reports of Menos entering The World of the Living, they believe that Rukia did a crime and must be executed to atone for her sins. However, feeling like it was his fault, Ichigo and friends decided to go to the Soul Society to save Rukia while also fighting against the Captains and lieutenants.

How is this a disruptor? The Soul Society is a very serious place to be in if you were captain or assistant. All rules must be followed and those who oppose are traitors or even killed. While watching this part of the anime, I felt like the Soul Society was totally unfair in their rules. I can understand that Rukia broke some rules but killing her is not going to fix anything. She didn’t go betray the Society and at least she had a helper to do her job. Ichigo, seeing that her punishment is unfair, decides to fight for her freedom and not allowing anyone stopping him.

Without going to much into the story, Ichigo and friends both fought bravery to save Rukia. They were able to defeat powerful obstacles and even revealed the true enemy behind all the confusion, Sosuke Aizen. This part of the anime revealed that anyone with courage and strength can even stop an unstoppable force, even if you are against a thousands.

In thus, Rukia’s life was spared and Ichigo made some new friends.

In this part of the anime, after learning that Orihime disappeared to the Hueco Mundo and led by Ulquiorra, Ichigo and friends Chad and Uryu decides to set out on another rescue mission to save their orange hair friend. You might be thinking, “where is the Soul Society and why aren’t they helping?” They couldn’t help Ichigo because they were concerned of focusing on Aizen. In short, forget Orihime and just fight Aizen and the Espadas. It wasn’t until Renji and Rukia, decided to sneak away and help Ichigo and friends to save Orihime. However, even they had trouble with the Espadas. Thankfully, the captains like Kenpachi, Byakuya, Mayuri and Unohana came along to save the day. The Soul Society decided to help Ichigo after all but they needed him to fight Aizen as well.

Taking place only in the manga, Bleach enters the final arc of the series and we encounter an evil group of Quincys called the Vandenreich and led by the leader, Yhwach. These guys don’t hold back on fighting because as soon as they come to the Soul Society, they pretty much won the battle. They stole the captain’s Bankai and even destroyed the entire base. As hope seems to falter, the Soul Reapers find out that Ichigo is currently fighting a Quincy who is unable to steal his Bankai. With this piece of news, they desperately contact him and seeking help.

Conclusion – What does this all mean?

With all this said, Bleach is an example of something that can disrupt a social norm for the better. In the beginning of the anime, the Soul Society was very strict with their rules and were willing to kill their own ally for breaking the rules. However, when Ichigo and his friends fought against the system and Soul Society, they not only saved their friend Rukia but they also showed the true bad guy and showed that even a couple of strangers were able to defeat Soul Reapers. Disrupting the Soul Society revealed that there were powerful foes besides the Hollows and the mercy gained from Ichigo and his friends helped form teamwork for future battles.

This is just anime, but what about here in the real world? In the real world, there may not be a Soul Society and Hollows but there could be a force almost like them. Have you ever felt like someone or something has a set of rules in which you thought it was unfair and you wish you could do something about it? The problem with this situation is that is that it can be scary to face alone. We worry that if we fail, we lose everything; our reputation, position, or even dignity. Most of us have dealt with a unfair system but that doesn’t mean we should always submit to them. Just like Ichigo, we got to learn to stand up and surround ourselves with friends with the same goals. Even if the numbers are low, this can be enough to take down the system.

Just like in the book of Genesis in Chapter 14 from the Old Testament Bible, Abram gathered his trained men to save his relative Lot from the enemy. The enemy had a dangerous number soldiers and Abram had only a minimum of 318 men. Even though his numbers were small, he had God with him and they won with victorious. Never underestimate the odds.

Even with the numbers small, you can still fight an army.

If you enjoyed this blog tour, be prepared for more! On January 6th Friday, Katrina of Grimmgirl will be talking about her blog tour on disruptor’s and her anime topic! Make sure you keep an eye out for her post and learn anime and disruptor’s can be a good thing. Stay tuned for more of the OWLS.

64 thoughts on “OWLS Discussion: Bleach – A “Disruptor” in the anime and real world”