A sanctuary is a place of safety and stability. In anime, there are several different places and environments that characters call “home”.

In this post, I will be using discuss the importance of a person’s own sanctuary by using the anime Sword Art Online as the model topic.

You might be wondering, “what is sanctuary” and “where do you find it”.  You might ask yourself, “how can Sword Art Online relate to our world.” I will explain it all and tell you that even places like a made virtual world can bring peace to this troubled world.

Just like I mentioned earlier, sanctuary is a place for comfort and safety. In a way, it could be a home that shelters you from trouble and pain. Places like a house, a school, church or even your room can be a sanctuary as long you feel safe and happy. In this cold world we live in, sometimes we need a place to rest and avoid the negativity of those who wants to hurt us. For me, whenever I don’t want to deal with scary situations, I go and reside in my room. In my room, I have anime and video games. This room makes me happy because I can be free to enjoy the things I like without being judged.  Some people might say, “video games are a waste of time and you should be doing something productive.” In a way, I like video games but I don’t let it control my life. Besides it bringing joy to my life, video games help me relax from the stress of the world and it makes me feel important to video game world. Whenever I play games, I am either the good guy and saving the weak. If I am evil, I can destroy people who hurt me. Anyway, video games make feel powerful.

In Sword Art Online, character play video games for fun and to hang out with friends. Main character Kirito (Kazuto Kirigaya) does more than just play for leisure, he sometimes has to save either one person or the lives of others when death is involved. However, I won’t be talking about the Black Swordsman in this blog tour. Instead, I will be talking about his friends and what is their reason to play video games. Their purpose for gaming may not be as serious compared to Kirito but they treat it as personal reason.

The character I want to talk about is Kirito’s little “sister” Leafa (Suguha Kirigaya). The reason why I picked because after carefully reading about her from from aniblogger Takuto from Takuto’s Anime Cafe, I realized that Leafa goes through a lot of pain in both real world and virtual world. A while back, OWLS member Takuto wrote many posts titled “In Defense of Fairy Dance” in which he talks about in his opinion that the anime arc of Sword Art Online deserves some recognition after fans called it the worse arc of the anime. After reading the posts, I realized Fairy Dance is not that bad as it seems.Going back to be Leafa, she is character who carries the most burden in this arc. The first thing we know about her is that after losing her brother Kazuto in Sword Art Online and blaming video games for trapping him, she somehow decides to try the new successor game VRMMORPG ALFeim Online. In this game, players can become fairies and fly all over the game’s world and play with friends. Taking from Takuto’s posts, Wings of Freedom, Cage of Gold and Overfly, To Be So Close Yet So Far Away, here are the main points and burdens to bring up. You can read more from his writings in the hyperlinks.

Regardless of the pain she goes through, Leafa always come back to this game for one thing: to fly high above the clouds. Mentioned in Takuto’s post about the Ending song Overfly, Leafa carries her burdens up to the sky and places them above. It’s almost as if she is praying to God in Heaven and hoping her cares will be resolved. Taking this in a religious perspective, Leafa is isolating herself from everyone and asking God for help. Leafa’s sanctuary is in the virtual world where she can fly away and be free.

Another character I want to look at is from Sword Art Online II, Sinon (Shino Asada).

Sinon – A girl who became “Batman”

Not literally Batman, but both Sinon and Batman went through a similar past that affected them: both had to do with death and guns. Batman lost his parents from a crooked thug in the alley with a gun, Shino killed a robber in a very tender age. However, unlike Batman, Shino didn’t train years of martial arts and used money to become a crime fighter, Shino had to take care of herself without the aid of her mother. The painful moment in her life even caused her to be afraid of guns to the point where he vomits out of fear. This trauma even caused her to get bullied at school by other girls. This caused her to be alone and become a target to be picked on by others.

However thanks to her classmate friend Shinkawa Shouichi, Shino gained the confidence to play a VRMMORPG called Gun Gale Online, a virtual reality game where players uses guns to compete online.After creating her avatar Sinon, she becomes an expert killer and a valuable player to teams. Unlike reality, Sinon is not afraid of guns but she embraces them and makes it her own. Armed with the deadly sniper Hecate II, Sinon can shoot enemies from far distant and make kills fast and painless.

Now, what is her sanctuary? Obviously, it’s the virtual world but what makes it interesting is that her character Sinon and the world makes her feel great and powerful. In Gun Gale Online, Shino becomes Sinon and she brings fear to the enemies. She doesn’t need to show fear to strangers and she can become cold like any killer. The point is this, Sinon, in Gun Gale Online, is a powerful player in the game and she doesn’t feel afraid from anyone. She can fight for herself and tackle strong with her courage. In the end, the virtual world brings her more than comfort, it gives her strength. 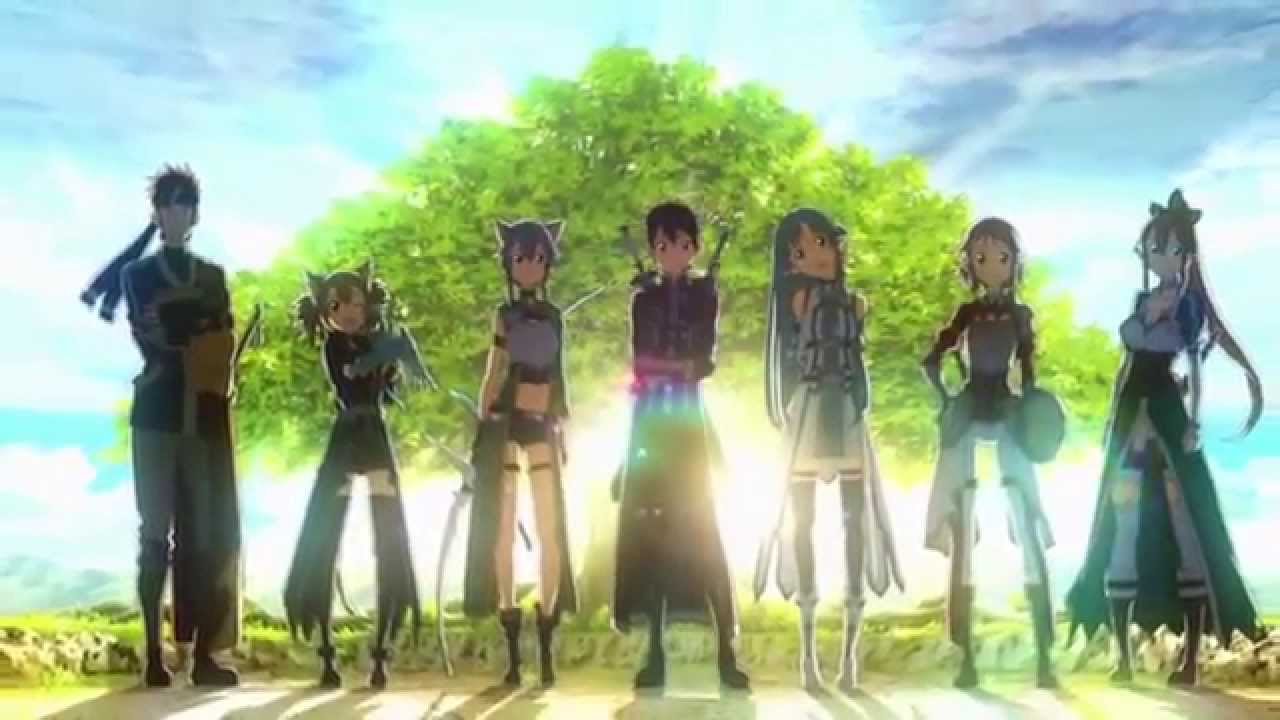 What is sanctuary and where do you find it?

To answer this, sanctuary is a place where you can find comfort and feel secured. Where is it? It depends on what do you call home? To me, it’s in my room where my hobby lives and my house where my family dwells. In anime, characters have a special place where they feel welcomed. In Sword Art Online, the fictional virtual world can even be called a sanctuary. Characters like Leafa finds comfort by flying in the sky of ALFeim Online. Sinon’s Sancuary is in Gun Gale Online where her fears of guns is gone and she learns to how to use them. Even thought they were video games, they brought happiness to people and actually made their life better.

In the Bible, Luke 2:41-52, Luke tells us the story of the young boy named Jesus and his mother and father visiting Jerusalem in the time of Passover. After the Passover, Mary and Joseph heads back to their home town but they find out that Jesus stayed behind. After they found out, they headed back to Jerusalem and found him at the Temple with the teachers. Jesus told his parents “Why were you searching for me? Didn’t you know I had to be in my Father’s house?” Even Jesus wanted a place of comfort to be with God.

Everyone has a special place where they can feel at home.I don’t know what is your sanctuary but if it’s something that protects you from harm, that is your sanctuary. I hope you enjoyed this blog tour.Next blog post will be the awesome Takuto on March 8th! Be sure to check out Becknaja‘s post on March 10th and read Lita’s post on Rurouni Kenshin. God bless your day!

Please be sure to visit Takuto and read his posts about Fairy Dance. Thanks Takuto!