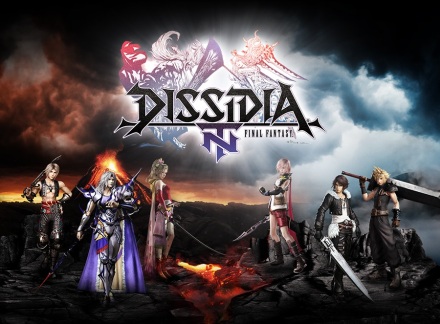 A while back in August, Square Enix website opened up a special event where players could sign-up and hopefully gain an access code to the upcoming fighting spin-off brawler Dissidia Final Fantasy NT. Originally, the code was easy to get if you participated at EVO 2017 but then they decided to offer limited codes to anyone. I was fortunate enough to get the code via from the website instead. Square Enix happily gave me an email with a code to the game but I had to wait until the official start day to download the game. The email states that the Beta will be open to download from August 25th to September 1st; The game will be playable in this time period up to September 3rd in which the game will no longer be playable. In this time period, I got to experience Dissidia NT in it’s incomplete form and I will share my thoughts on it. There won’t be spoilers since this game doesn’t have a story.

In this closed beta, the game offers fourteen playable characters from each series. Here are following characters that could be played and each from their own world:

These are the only playable characters players could only use. Even thought the official website revealed more characters such as the villains, Square Enix wanted to focus on these 14 characters. Just a quick reminder that Amazon revealed that Noctis from Final Fantasy XV will also be playable in this game as well. Also joining the fight is the ability to use Summons; players will be able to use allies such as Shiva or Ifrit or others.

Unlike past Final Fantasy games where players rely on turn-based combat, Dissidia NT fight system involves freedom movement combat which allows players to run and jump freely and interact the environment. You can attack anyone and anywhere and you can even dash in midair for up close combat.  In order to do serious damage to your opponent, you need to rack up point by attacking your opponent. Once you accumulate enough points, players can perform a character’s Brave attack in which takes away either a chunk or bit of health from the enemy.

I enjoyed the PSP game and after I was able to download play the PS4 version, I just had sit down and enjoy every moment of little time I had. At first, I was confused on the game’s set up even after going through the tutorial. One of the biggest annoyances that made it hard to play was the HUD screen, the one that displayed the points, the team’s health bar, summon bar and techniques. I had to just focus on my own health and whoever I am attacking.  Having 3v3 matches made the game feel kind of chaotic since you are trying to focus on who are you attacking or who do you support. This 3v3 matches reminds me of the anime fighting game J-Stars Victory Vs+ because the arenas was either small or big and fighters were blasted everywhere. You can also say it can also resembled Dragon Ball Z: Battle of Z since not only you rely on a one button combo but you and your teammates can also work together and share energy each other or use a summon together.

Nonetheless, the game is visually beautiful. Thanks to Team Ninja, the characters looks very detailed and they even added battle damage look. Depending how long you fight or how much damage got inflicted, your character could show up looking dirty or having armor cracked. The beta even included English Dubs! Personally, this is a big plus to me since I do like the voices in English but hopefully they will add a Japanese Dub to those who prefer a Japanese feel. The characters feel great and you can learn pretty fast once you get your hands dirty. I always enjoyed using Cloud because he is move easily and perform heavy attacks and the I also like using Zidane whenever I want to do more damage on my opponent midair. I did have trouble adjusting to magic fighters like Shantotto and Y’shlota since I am more of physical fighter than magic user.

I tried online for a little bit and I had my ups and downs. The first time I played, the game feel balanced and I didn’t encounter issues such lag or any other poor connections. Of course the biggest let down is that the load times searching for people. Whenever I waited a long time, I wanted to leave and go to practice mode. The second time I fought online, the game suffered incredible lag where I couldn’t move at all. However, I will let it slide since this game is a beta. I do miss those in-game cinematic ultimate attacks like in the past games. Since the game will be focused on 3v3, the game removed those ultimate attack animations to avoid crashes.

For a beta game, this game was impressive and fun. I enjoyed the online and practice modes as it helped me test out playing the game on the controller as opposed to handheld device. The game does need some work but it was nice to see how far the company worked on this game and I can’t wait to play it when it is 100% finished. The characters were fun as well and I am eager to try out the villains and hopefully Noctis.

Did you play the closed beta? What did you think of it?

Jesus answered, “I am the way and the truth and the life. No one comes to the Father except through me.