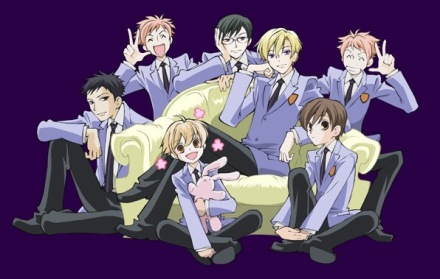 I want to thank my good friend Capili Jiron from Artist by Beauty for tagging me this fun tag post. Thank you so much for choosing me and I enjoy these posts! The tag post was created by a blogger named icebreaker694. Here is the rules:

Based on the posts I seen, you are supposed to match characters you pick and how it corresponds the character in the anime. For example, in the category “A character every other character loves” Haruhi is known for that in the anime. It’s up to you to decide based on your decision what other characters (anime, video game or other fiction) fits in the category. Capili chose Cloud Strife for this choice since she believes that everyone loves Cloud. Now in my choice, I am going to do my best to choose character which best fits each category.

Satsuki from Kill la Kill. I chose her because she first acts like an antagonist in the anime but later on she is not the true bad guy in the series.

2. Haruhi – A character every other character loves. 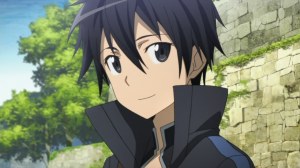 Kirito from Sword Art Online. Love him or hate him, he is a popular character in the anime. He also has the attention on the girls in the anime.

3. Tamaki – A character who started a movement.

Naruto from the Naruto series. This guy not only inspires his friends to fight but he also influnces us fans in the real world. Naruto is an example of someone who started from the bottom and moved up in life and fulfilling his dreams.

4. Kyoya – a character with parental issues.

Tomoya from Clannad. This poor guy lost his mother and his father wasn’t the best figure in his life. He wasn’t used to being in a family after meeting Nagisa’s nice family.

6. Mori – A character who is scary on the outside but a bundle of fluff on the inside.

Piccolo from Dragon Ball. He may look intimating but he is actually a softy. He cares about Gohan more than his father Goku and he knows how to babysit babies like Pan in Dragon Ball Super.

7. Honey – a character who loves to eat.

Luffy from One Piece. This young pirate loves to eat anything. His favorite balanced meal is meat and no matter how much he eats, he won’t stop until he is satisfied.

8. Renge- A Tag Along character. 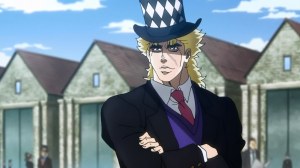 Speedwagon from JoJo Bizarre Adventures. First started off as an antagonist but after seeing the kindness in Jonathan, he decides to tag along with him as they try to stop the villain Dio from taking over the world even if he is not strong like them.

9. Nekozawa- A Character who likes the dark side.

Light Yagami from Death Note. Even though he hates evil, he becomes evil and tries to cleanse the world. Overall he is a corrupt guy who would use darkness to get rid of darkness.

That’s all folks! I hope you enjoyed the post. If you didn’t get picked, you can still do this post. As long you give credit to the creator of the tag, you will be fine. 🙂