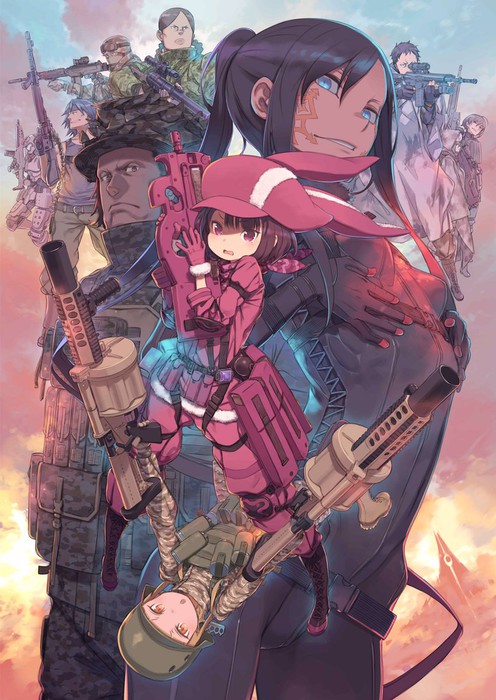 Mentioned last year, SAO fans will be getting Sword Art Online season 3 and a spinoff anime based on Gun Gale Online.

Announced at ANN, the spinoff series Sword Art Online Alternative: Gun Gale Online will be premiering in April. The series is based on Keiichi Sigsawa’s Light Novel. Here is the cast for the characters:

The story follows Karen Kohiruimaki, a 183-centimeter-tall (6-foot-tall) college student who’s insecure her height, and is bad at dealing with people in the real world. She enters the world of Gun Gale Online with her avatar, Llenn, who is less than 150 centimeters (5 feet) tall and wears all pink. She meets a beautiful, brown-skinned female player who goes by Pitohui. They hit it off, but one day Pitohui pressures her to participate in “Squad Jam,” a team Battle Royale variation of the Bullet of Bullets tournament.