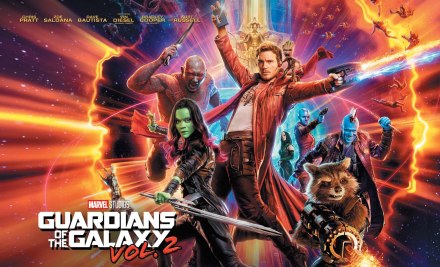 Set to the all-new sonic backdrop of Awesome Mixtape #2, Marvel Studios’ “Guardians of the Galaxy Vol. 2” continues the team’s adventures as they traverse the outer reaches of the cosmos. The Guardians must fight to keep their newfound family together as they unravel the mystery of Peter Quill’s true parentage. Old foes become new allies and fan-favorite characters from the classic comics will come to our heroes’ aid as the Marvel Cinematic Universe continues to expand.

*Warning: this will have spoilers. This will be my first ever spoiler review and it will be about a Marvel film.

Taking place after the events of the first movie and being part of the third phase of the MCU (Marvel Cinematic Universe), Peter Quill as the Star Lord returns with his team, Gamora, Drax, Rocket Raccoon and Groot in baby form.

Story – A man with his family

The movie begins with the Guardians of the Galaxy fighting an inter-dimensional monster and killing it in hopes of saving Gamora’s sister, Nebula, from the Ayesha (in wiki her other name is Kismet), the high priestess and leader of the golden alien race Sovereign, for stealing some Anulax Batteries. However, Rocket steals the batteries and insults the people and this causes the race to attack the Guardians of the Galaxy. When things go south, a mysterious man saves the team and introduces them as Ego and his assistant and nurse, Mantis. It turns out that Ego is Peter’s father and he is a celestial, a mysterious being who has the power of a god. With this surprising news, Peter tries to grasp this reality as he learns about his dad and himself and why did things happened to him.

Meanwhile, Peter’s mentor Yondu get’s shamed and exiled from the leader of the Ravager community for allowing Peter, who was a child when he got abducted, to join the team. This causes tension with his team who sees him soft and causes a mutiny against him.

Returning to this sequel, we have Peter and his team known as the Guardians of the Galaxy. Yondou and the Ravagers are back and Yondu is in a pickle for his disobedience. Nebula is back and still holding a grudge against Gamora and Thanos.

The new characters is in the movie are odd people who either help the heroes or the use them for their own desires. We have not one, but many antagonists. The first we have Ayesha, the leader of the Sovereign race who is egotistical, Taserface, a Ravager who believes he is better at leading than Yondu, and Peter’s father Ego, a celestrail who has god like powers and is even a living planet. Assisting him is the curious alien girl Mantis who can read and control emotions on people by touching.

Did this movie do better than the first movie? Personally, I thought it was pretty good. I felt like this movie did an excellent job on comedy and it could top Thor: Ragnarok. The new characters to the movie added tons of fun and plot twists to the story. Since we already seen the first movie, we already know the main characters like the Guardians; however, we do get some character development for characters like Rocket and Yondu. We know that Rocket is a smart aleck who can talk trash about anyone especially to his team, but in a scene where he and Yondu works together to help Peter, we see a side that Rocket doesn’t like to share which is feeling alone and afraid of being loved. Yondu figures it out and relates to him and we see that he’s more than just a leader of his faction, but he acts like a father to Peter. This movie made me respect Yondu as he played father role for Peter. Ego, is a villain who can trick anyone thinking he’s an awesome dad. At first glance, you do see him shady and a chill guy especially when he tries to bond with his son. However, once you see his real colors, he can already make you hate him. Mantis, is not a really a villain, but her interaction with Drax makes the movie really funny with her curious nature such as when Drax calls her ugly, but beautiful in the inside. The antagonists like Ayesha and Taserface is pretty average. The reason why Ayesha was an enemy because Rocket insulted them and Taserface wanted to be a better and ruthless leader. The relationship with Gamora and her sister Nebula was real good. At first, Nebula was a character who wanted please Thanos and get rid of her sister Gamora, but in this movie, she changes and we find out that she was to be better than Gamora, but she also wanted a sister to care. She even wants revenge against Thanos for abusing her and altering her body with machine parts. In order words with Nebula, she may still be tough, but she has small soft spot.

As usual, we still got returning character like Peter who loves his music, but in this movie, he’s concerned about his dad showing up and telling him about his past. Groot is back in baby form after almost dying from the first movie and he takes the audience attention in his cute appearance. Drax is probably my favorite character in the team for not only being too literal, but he is also good making the movie funny. For example, in the beginning of the movie where he hears that Rocket stole Anulax Batteries, he mishears and calls them Harbulary Batteries even after being corrected. Another scene where he laughs at Peter when Mantis reads his emotions and finds out he has sexual and romantic feelings for Gamora.

Unlike the first movie, this movie’s plot is all over the place. In the beginning, we have the team trying to get Nebula back to the planet Xander, then we have Ego trying to persuade Peter into using his celestial powers and then we have Yondu’s team betraying Yondu and working with the Sovereign in hopes to killing to the Guardians. Like the title and them, the movie is like a galaxy where everything is expanded and moments keep popping up. At first, it may seem frustrating to focus on one plot, but once the movie reaches the climax, it all ties into one and ends with a bang.

Is this movie better than the first? It depends. The story is all over the place like I mentioned, but the characters and the themes about family and comedy really makes it worth watching. The new characters add some fun for the returning characters. We get more character development for Rocket and Yondu which makes them more likeable. Ego is a funny and chill villain who can also make you hate him. Nebula is an awesome fighter like Gamora. The final fight with in the end was icing on the cake and the moment where Peter used his powers to make Pac-Man was funny. The easter eggs and cameos in the movie is something I would like to see in the next Guardians of the Galaxy movie. I am still wondering what is Marvel is planning to do with the characters like Howard, and Starhawk. The ending with Ayesha naming the creation Adam is something worth checking out too and it could be a potential enemy for the Guardians. I am still hoping Stan Lee was able to get back home after finishing his story. 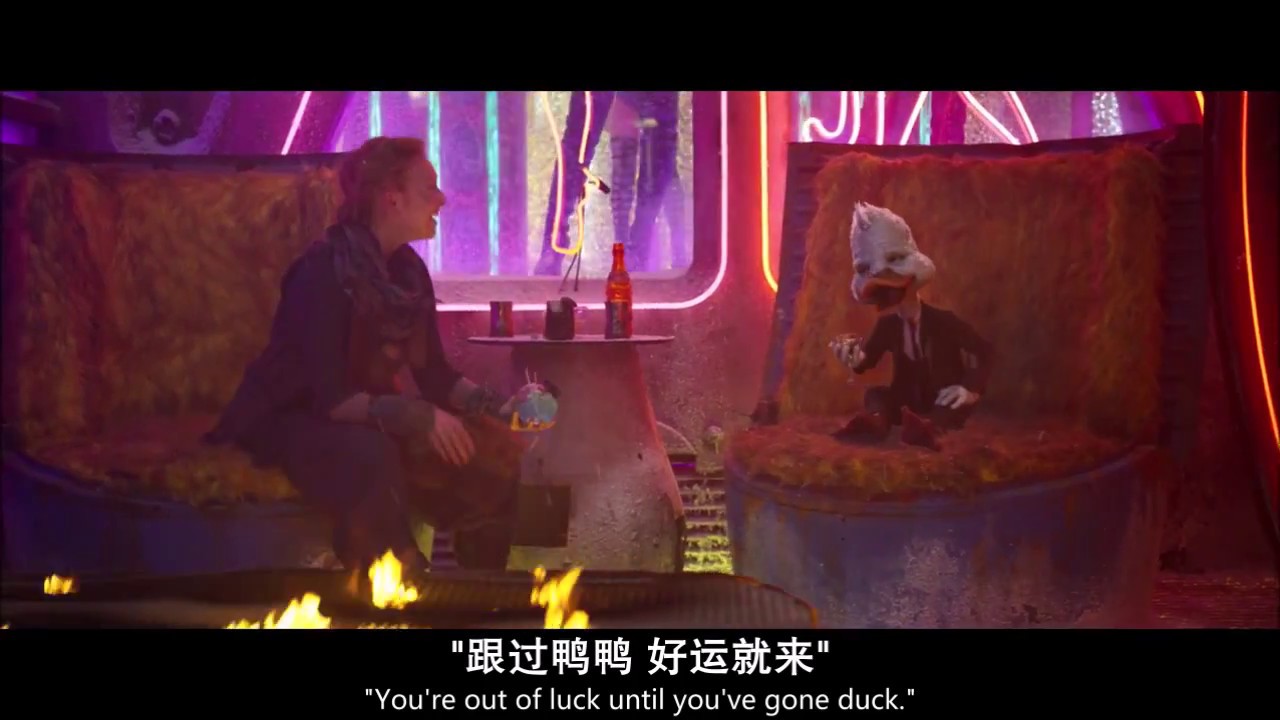 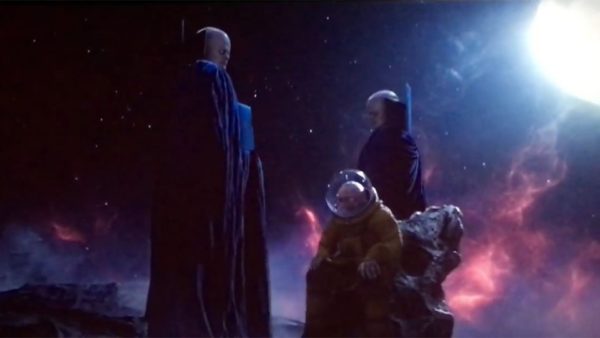 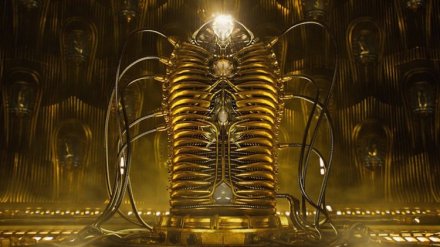 To make a long story short, if you like comedy, family and over the top action, go check out this movie! This is my spoiler review of Guardians of the Galaxy Vol 2. Comment down below your opinions about this movie and feel free to share. This is a spoilers post. See you next time Guardians!