21. Also He said to them, “Is a lamp brought to be put under a basket or under a bed? Is it not to be set on a lampstand?

22. For there is nothing hidden which will not be revealed, nor has anything been kept secret but that it should come to light.

24. Then He said to them, “Take heed what you hear. With the same measure you use, it will be measured to you; and to you who hear, more will be given.

25. For whoever has, to him more will be given; but whoever does not have, even what he has will be taken away from him.”

A new Sonic game and a Pokemon Switch? This sounds like something you would hear from Chris-Chan and his webcomic of Sonichu. Zap to the Extreme lol.

Yesterday, Nintendo recently revealed a new Pokemon game and it is available on Nintendo Switch. Revealed in a trailer, this new game will play like the traditional Pokemon games on the handheld systems with a combination of catching Pokemon like Pokemon Go. Just like the games, there will be two versions of the game in which will allow players to start with either a Pikachu or Eevee. The games is called Pokemon: Let’s Go, Eevee! and Pokemon: Let’s Go, Pikachu! In this new game, players will be able to walk with their Pokemon and battle wild Pokemon and trainers; pretty much do the same you would do in the previous games. As a twist, in order to catch Pokemon, players will have to attempt and try to catch Pokemon just like the phone game Pokemon Go! Players will be able to carry their caught Pokemon in a Pokeball controller in real life to bond and even transfer Pokemon from the phone to console. This Switch game will come out in November 16th, 2018 just in time for the upcoming holidays.

Originally as a teaser, Sega has finally revealed the mysterious Sonic the Hedgehog racing game. Revealed in Twitter, this new game is called Team Sonic Racing. Thanks to the blog site SCORPZGCA, it was actually leaked by Walmart. According to the game’s description, players will be able to play as Sonic and his friends and customize their vehicles and also use the power of the Wisps. The game will be available to play on PS4. X1, Switch and Steam and it will come out this upcoming winter.

11. For the grace of God has appeared that offers salvation to all people.

12. teaches us to say “No” to ungodliness and worldly passions, and to live self-controlled, upright and godly lives in this present age,

Thank God it’s Friday! Welcome back to another thrilling adventure of Friday Funny. Today is the last Friday of May and what better way to end this Friday is release the next Star Wars spinoff film. Instead of getting Star Wars Episode IX, we’re getting the movie Solo: A Star Wars Story. Solo (will be acted by Alden Ehreneich) tells the story of a young man named Han Solo and his partner Chewbacca (who is 196 years old) who must repay to a gangster by obtaining some rare materials. Along the way, Han meets another Star Wars classic character named Lando Calrissian (played as Donald Glover) and they get introduced to the most awesome ship of galaxy, the Millennium Falcon. If you are in the mood for some Star Wars action and are tired of watching Marvel movies like Avengers and Deadpool, go check out this movie. This movie will talk about Han’s early life before becoming a key character for the rebellion in the main Star Wars movies. As we get ready for June, it’s time to get ready for summer! In June we have movies like the Incredibles 2 and Jurassic World: Fallen Kingdom. Besides movies, we have video game news such as E3 2018! In E3, I am looking forward to Kingdom Hearts III; briefly mentioned online, the game revealed some new gameplay and characters and it is hinted that we might get a release date. Stay tuned for the news!

Now, let’s go you Nerf Herders! (According to the Wookieepedia, Nerf is a cattle like animal used for milk, meat and hide.)

Here are some Han Solo videos I found online for your amusement!

That’s the end of that!

It’s been a while since we seen the first season of Disney XD series Spider-Man. From learning to use his powers to facing enemies that were once friends, Peter’s life with school and being a hero is no walk around the park. Announced at Comicbook.com, Disney XD will bring the animated series Spider-Man with another season. In this new season, new actors will play as new characters that will affect Peter Parker. Season 2 begins on June 18th on Monday and the first episode will be an hour long and it’s hinted that it will make Spider-Man’s world “upside-down.”

Here is what described according to the site:

The second season finds Peter Parker in his “sophomore year,” as he’s no longer an inexperienced new superhero nor a brand new student, at the intimidating Horizon High. However, his foes are also no longer inexperienced and his ever-growing Rogue’s Gallery is focused on taking Spider-Man down. Picking up where season one left off, the stakes are much higher in Peter’s personal life and Spider-Man’s superhero life.

He also must learn how to balance working at “The Daily Bugle” to afford tuition at the prestigious Horizon High while surviving Doc Ock’s series of obstacles in an attempt to get rid of Spider-Man once and for all. The action-packed season will continue to touch on Spidey’s relatable themes, including friendship, loyalty and heroism while staying true to its signature sense of comedy.

18 I will not leave you as orphans; I will come to you.

19 Before long, the world will not see me anymore, but you will see me.Because I live, you also will live.

20 On that day you will realize that I am in my Father, and you are in me, and I am in you.

This is the last day of the challenge and I hope you loved reading quotes. Here is my final quote! 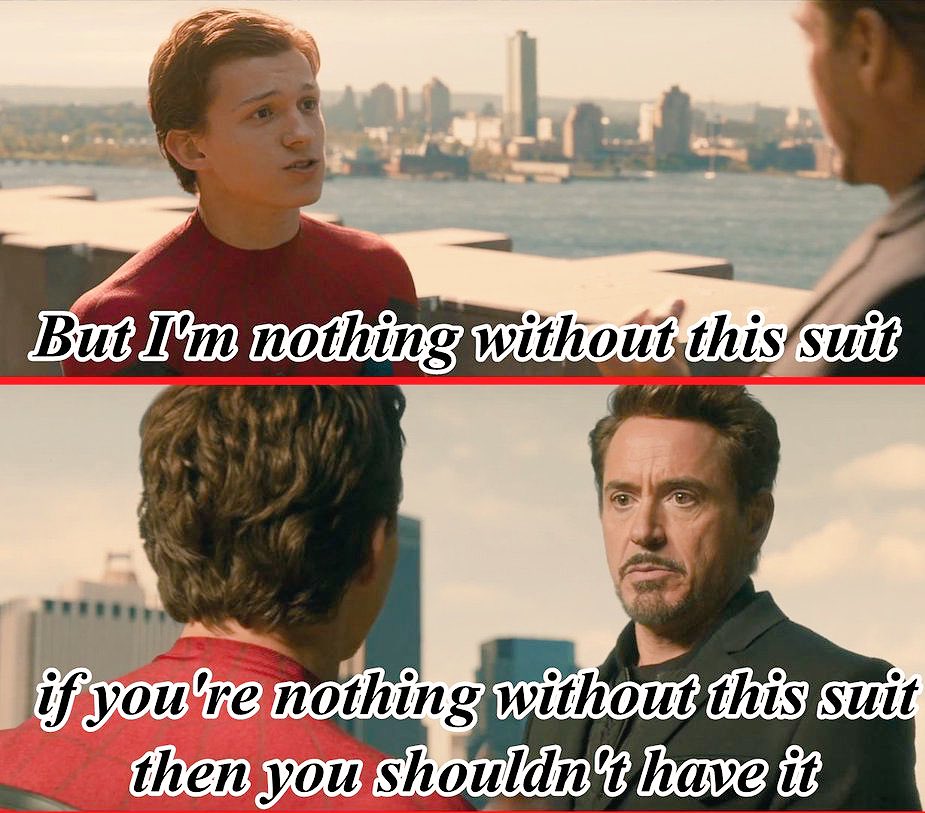 This is from 2017 movie Spider-Man: Homecoming. Without spoiling the story, Tony Stark gets mad at young Peter Parker for doing something dangerous without his permission. Tony decides that in order to discipline him and teach the ways of being a superhero, he takes back the Spider suit made for him. Peter is shocked and begs he needs it because without it, he can’t be Spider-Man. Tony responds back by saying that if the suit makes you a hero, you shouldn’t keep it which he is trying to teach him that being a hero is not about having the tools or equipment, it’s about using your gift and helping others.

That’s the end of the challenge. Here are my last three nominees! 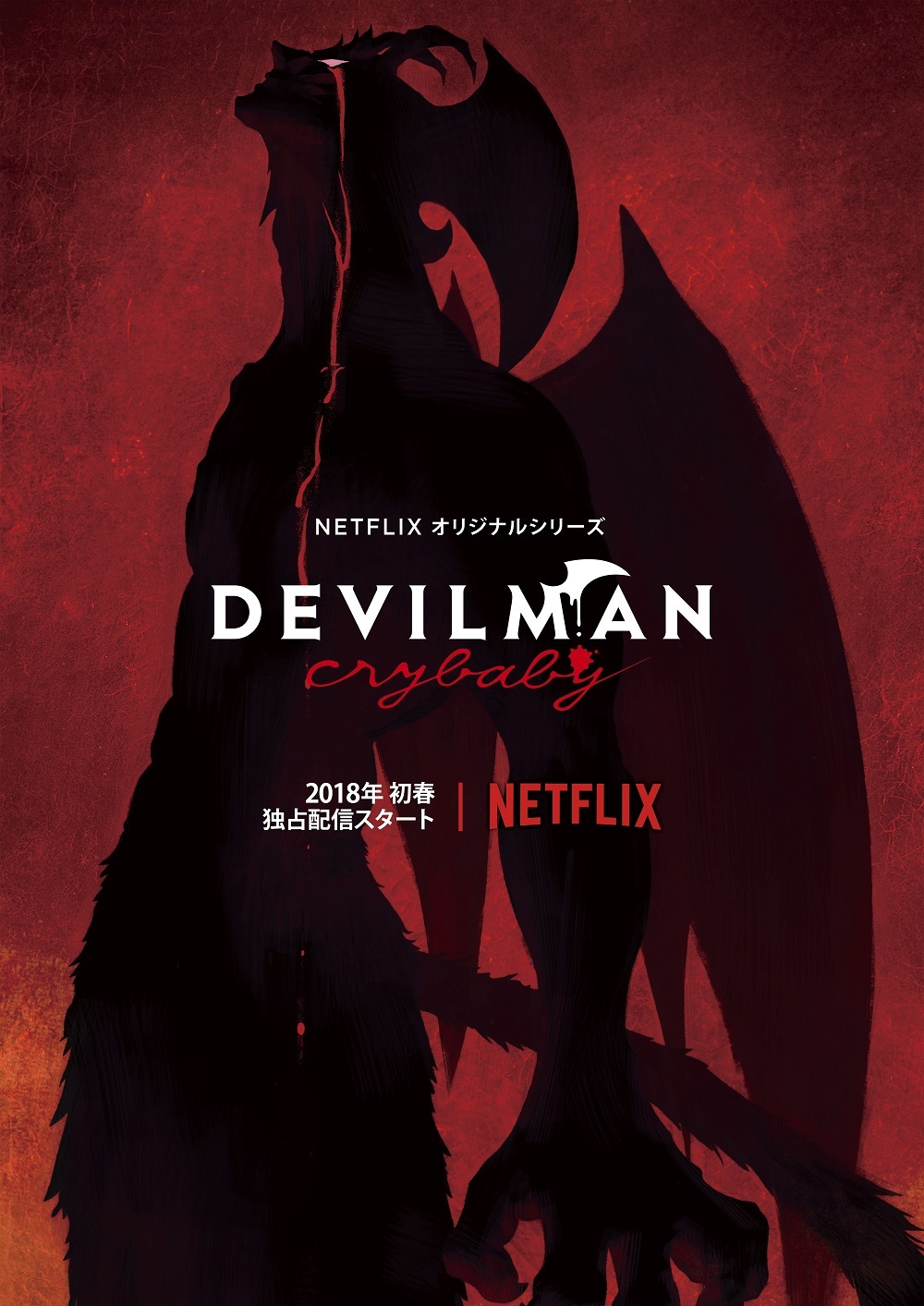 END_OF_DOCUMENT_TOKEN_TO_BE_REPLACED

Welcome back to the 3 Day Quote challenge! This is day 2 and I am ready to share another interesting quote. You can read my day 1 post here.

I find this really interesting. This is self-explanatory, but this is pretty much saying that if you can imagine and see the world you desire and believe in it, you should go out and reach for it. It might be waiting for you. Life is an adventure.

Here is my other 3 nominees!