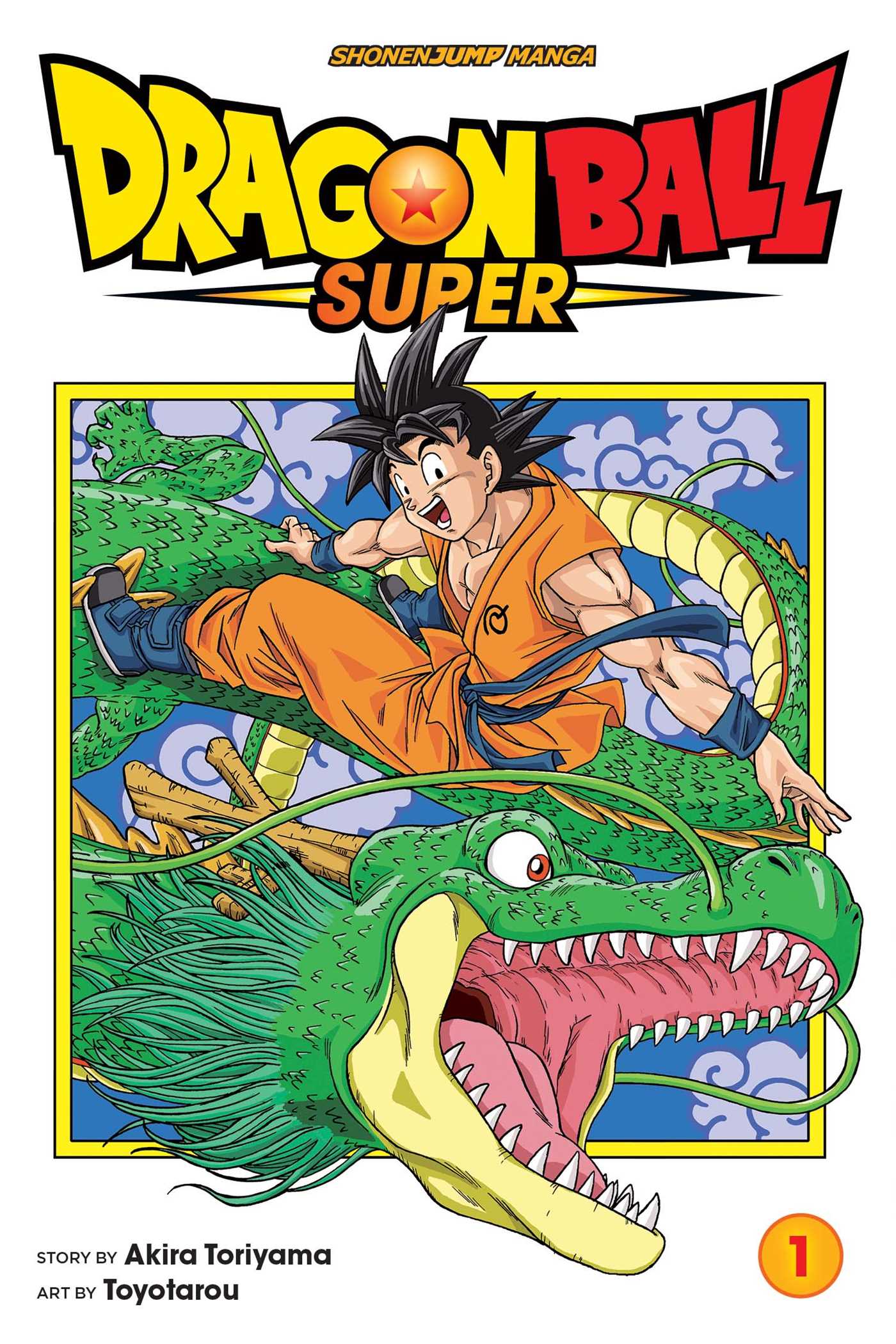 Having defeated Boo, Goku is starting to get bored with his life on Earth. His wife, Chi-chi, wants him to get a job, but all he wants to do is train and fight stronger enemies. Elsewhere in the universe, the God of Destruction, Beerus, and his attendant Whis are traveling from planet to planet in search of food and entertainment. After blowing up some hapless victims, Beerus is reminded of a man from his dreams with the moniker “Super Saiyan God,” or something like that… The God of Destruction sets his sights on Earth to track down this mysterious man! Maybe this will give Goku something to do?

*This will have spoilers in regards to the first volume. I will also be using names from the anime version.*
Please donate to my page at Ko-fi.

Plot: Goku and his friends vs gods and universes

The story takes place years after the events of Majin Buu where Earth is enjoying peace. Goku is a radish farmer and Bulma is having her birthday party. Meanwhile in a galaxy faraway, a powerful god named Beerus and assistant Whis hears that a Saiyan killed Frieza. Beerus is convinced that this powerful Saiyan is a Super Saiyan God and he wants to fight him. When Goku meets Beerus, he instantly gets defeated and then Beerus attacks the rest of Z-Warriors. After learning about the Super Saiyan God, Goku teams up with his friends so he become a Super Saiyan God and fights off Frieza.

Skipping ahead, it turns out that there are a total of 12 universes and Goku and his friends and even Beerus live in Universe 7. Beerus’ twin brother Champa appears in Universe 7 and challenges him to see which universe is better. The winner will be able to use the almighty powerful Super Dragon Balls. The Super Dragon Balls are planet size dragon balls that appear in the galaxy. Goku and his friends participate the tournament in order to use the Dragon Balls.

The first volume of the story is seriously fast paced. Unlike the anime, the manga assumes you watched the movies or the anime. If you watched the anime like me, you can tell that Toyotaru skipped parts of the story to get to the Champa and the tournament with Universe 6. He even left out the “Resurrection ‘F'” story assuming you either watched the movie or somehow you were able to read the events from a different source. However, besides the story being fast, the artwork and fight scenes of the manga is actually pretty good. Personally, I thought for a moment that Akira Toriyama did the art and panels but I am impressed of Toyotaru. I was able to follow along the story and enjoy the new and old characters. The brotherly bond with Beerus and Champa is pretty fun and I like how Whis and his sister Vados tend to intervene them. It’s also nice to see Goku and his friends again and be the usual self, but I feel like the focus is mostly on Goku and Vegeta. Goku and Vegeta treat each other as both sparring partners and rivals and it’s fun to read their conversations.

Conclusion: Worth the read?

Is Dragon Ball Super the manga worth the read? Personally, I would recommend it to Dragon Ball fans who have seen the movies or watch the anime Dragon Ball Super. The art and characters feel like Toriyama and it gives fans a warm welcome to Dragon Ball Super. There are tons of fight scenes and the comedy helps lighten up the mood when things get serious. Unfortunately, if you are one of those people who read manga first before watching the anime, this is something I won’t recommend. The manga will tell you stuff that got skipped and it assumes you already know everything. In a nutshell, this manga spoils the anime’s plot. Totoyarou also tends to add stuff that’s not in the anime such as Vegeta learning the Bingo dance and Goku doing mental trainning. However, the first volume does a good job on starting the story and helps bring the action ahead of time to make it feel like reading a Dragon Ball manga created by Toriyama.

Did you read the manga? What do you think of Dragon Ball Super the manga?