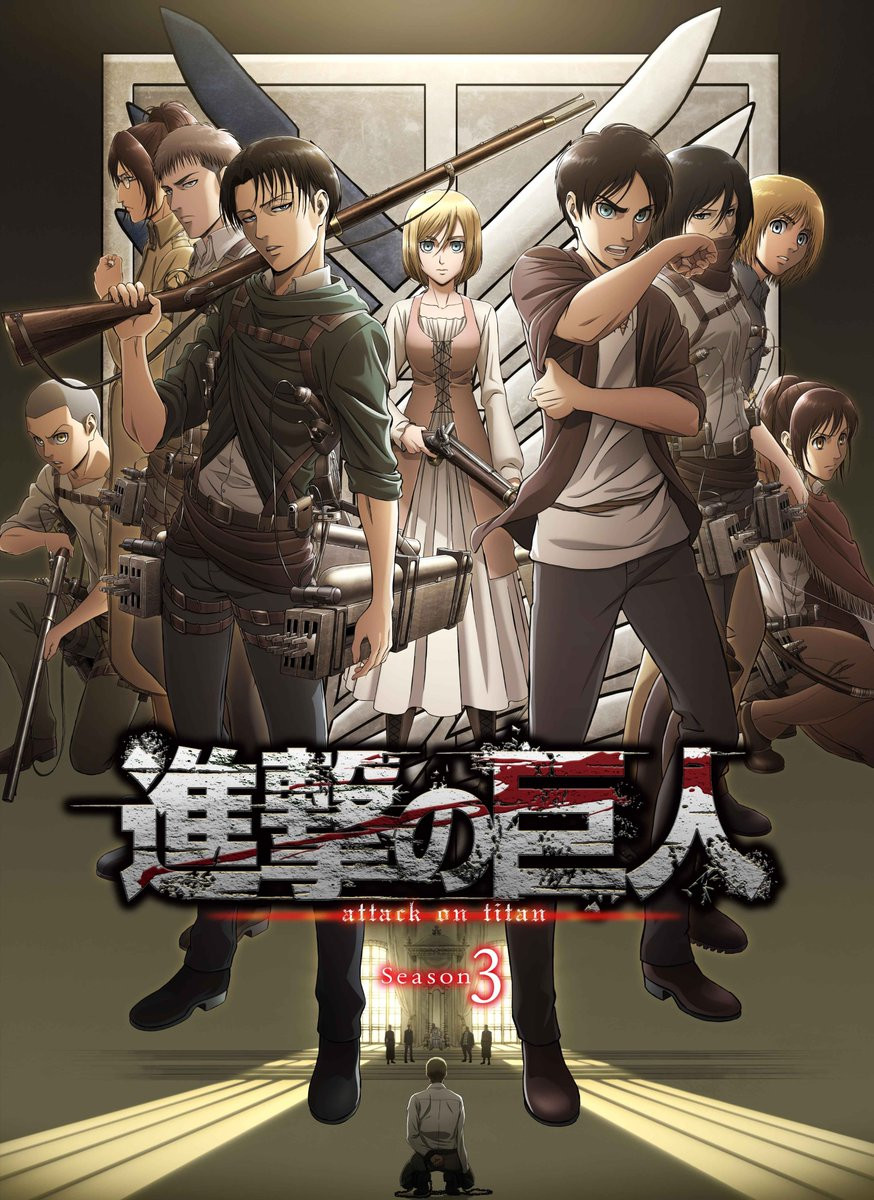 Well, it looks like TV will surpass the internet in content with this news. Besides JoJo’s Bizarre Adventure: Diamond is Unbreakable having an English Dub and joining Toonami, the third season of Attack on Titan will also be on TV at Toonami. Attack on Titan will premiere on television in America on August 18th.

Japan will stream and release the anime in July 22nd/23rd; however, FUNimation (English Company) confirmed that they got the license to this new season and will stream the anime in Crunchyroll, FUNimation and Hulu and will have English Dub. The anime will also be aired in these countries: