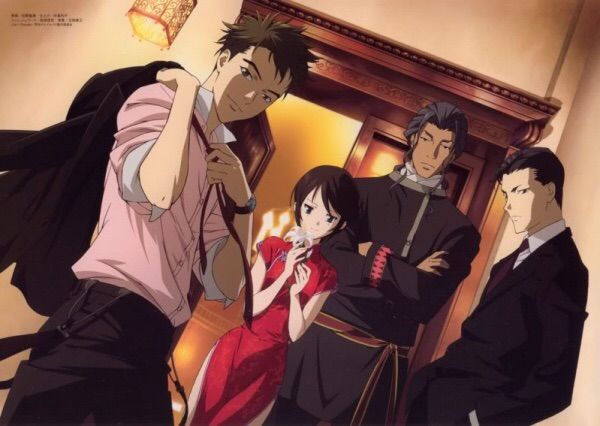 Announced today, Sentai Filmworks released some news stating that the license to the anime Night Raid 1931 (also called Senkō no Night Raid) is expired. Just like Angel Beats, this anime was previously owned by Sentai Filmworks and Aniplex. According to the home videos, there are thirteen episodes and two OVAs and this anime can also be seen on Crunchyroll. If you have not bought this anime yet, now it’s the time before it disappears for good and then Aniplex will try to overcharge the series.

The year is 1931. The city is Shanghai. Ten years before America will enter World War II, the hydra’s teeth planted by the first great global conflict are beginning to germinate. Hatching like spiders, they weave the complex web of plots and conspiracies destined to inevitably draw entire nations against their will to the brink of destruction once more.

Caught in the heart of these webs, desperately seeking to separate lies from truth, is “Sakurai Kikan,” an ultra-secret intelligence agency staffed by extraordinarily talented individuals with abilities far beyond those of normal humans. Their duty: to stop the darkest plots and eliminate the greatest threats. But in a city built on intrigue, can even a team of clairvoyants, telepaths and espers stand against the ultimate forces of destiny?

Thank God it’s Friday! Welcome back to another episode of Friday Funny! I am here to bring joy and happiness to your day. Today is the third Friday of August and we have one last Friday left. I hope everyone is doing well this week and I hope everyone is okay in this summer heat. If you missed out on the news of this week, here is a quick run down. Bandai Namco has revealed many game trailers and news for upcoming games. Jump Force will be adding characters from Hunter x Hunter, Vegeta from Dragon Ball and even more pirates from One Piece. Soul Calibur VI just revealed the first DLC character to join the roster and it’s Tira from SC3, 4, and 5. In order to get her, you need to buy either the season pass or DLC alone; you don’t get her with the preorder bonus. Last but not least, we got some information to the upcoming One Piece game One Piece World Seeker. According to the recent trailer, Luffy gets captured by the Marines and gets taken to Prsion Island. Luffy will have to escape from the marines and face off against powerful enemies like the admirals, CP9 and even the Vinsmoke family.

I do have some sad news. If you haven’t heard, Stefan Karl Stefansson recently passed away. Stefan was in the childhood show LazyTown which was in Nick Jr. and he played as the town’s villian Robbie Rotten. His actor involved tricking kids into becoming lazy and his rival is the active superhero Sportacus. I rememeber watching this show years ago whenever I was off from school as a kid. I loved the catchy songs and I enjoyed the Robbie. Robbie was like goofball villain similar to Wario or Waluigi. Rest in peace for this man. He was number one.

With this said, let’s begin!

In honor of the actor of Robbie Rotten, here are some songs worth listening in memory of him.