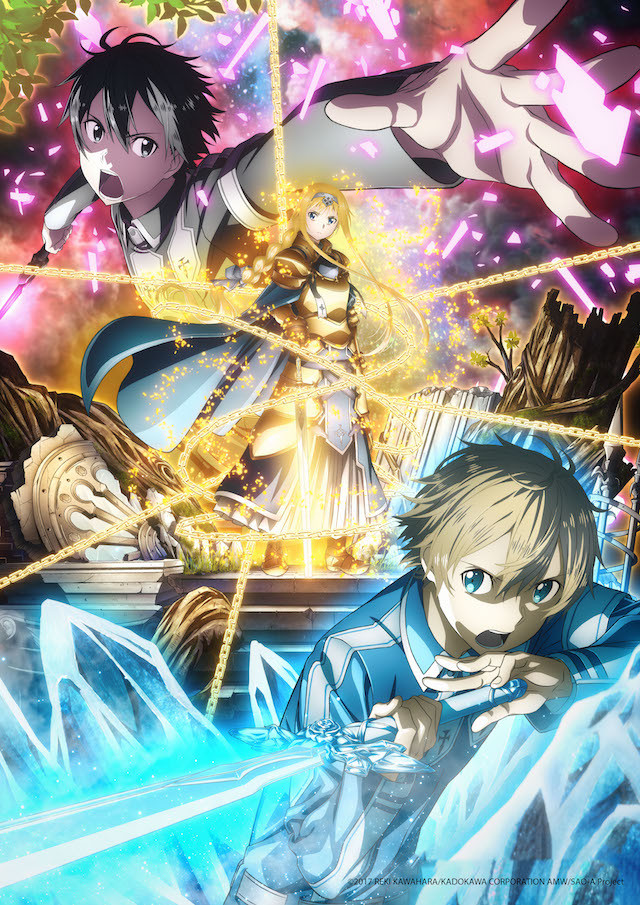 With October coming close, this is a good time to bundle up and watch some shows. This also means that the third season of Sword Art Online, also known as Sword Art Online: Alicization, will be up and running online for fans and viewers. It’s been confirmed that the new season will be streaming on Crunchyroll! This anime will have up to 50 episodes and it’s going to be focused on the longest arc of the series. The anime will be adaptaing volumes 9 through 18 from the light novel. The anime is expected to be on Chuncyroll on October 6th. Dragon Ball fans, I got some news regarding the Dragon Ball Super: Broly movie. It’s already been mentioned that Funimation got the license to the anime and the Dub to screen the movie. If you are in North America, you probably already know that the movie will come out in theaters in January 2019. However, revealed at ANN, American fans can watch the movie early on December 13th for the world premiere at the TCL Chinese Theater in Hollywood.  However, if you can not watch it early and are planning to watch it in January, the movie will be in theaters in January 16th, 2019. Last and never least, the voice of Broly has been confirmed for the English Dub. Veteran and Christian voice actor Vic Mignoga will be back for Broly. He is well-known for doing the voice of Broly in the past DBZ films.

The Japanese release date for the movie is December 14th.

Hello anime fans! I bring you good news in the world of anime and video games! Remember the old news when I mention Yugi from Yu-Gi-Oh! was going to be in the upcoming game Jump Force? I got an update revealing that Yugi will have the ability to summon his iconic monsters to assist him battle. Based on the pictures online, he will be using Dark Magician, Dark Magician Girl and one of the Egyptian God Monsters Slifer the Sky Dragon. Bandai Namco hasn’t reveal any information on the gameplay, but I would use you could swap out monsters and each one has their own fight style and Slifer might be an ultimate attack.

How will Yugi duel in #JUMPFORCE? With the heart of cards obviously! Get ready to have your mind crushed in 2019! pic.twitter.com/FPYJbOL9e0

Another important news is that we are getting more new characters in the game and they are from Hunter x Hunter. Revealed online, Gon’s friends Killua and Kurapika are joining the fight. Either you want to play as an assassin or a fighter seeking to avenge the Kurta Clan, these kids mean business.

Not enough H x H in #JUMPFORCE? Killua and Kurapika join Gon and Hisoka as well! #UNITETOFIGHT and Hunt down your enemies in 2019! pic.twitter.com/RuX596j42t