How far will you go for power?

In Fullmetal Alchemist: Brotherhood, we meet a character named Ling Yao who is a prince in the nation of Xing. He is expected to be king, but he is determined to be strong in order to protect his kingdom even if it means he has to share his body with a greedy being. Ling is a character who meets the protagonist Edward Elric and Alphonse Elric who are on a quest to find the philosopher’s stone and recover their bodies; Ling joins them to help find the stone. At first glance, Ling is a funny and playful guy who just wants to be prt of the action; however, when he, Ed and Al encounter Father, he goes through a major twist. Father (the antagonist of the series) gives Ling Greed, a homunculus with an incredible defensive body. After Ling and Greed bond, Greed returns and becomes a deadly ally for the Elric brothers. Ling shares his body and with enough bonding, Greed learns to fight for others and was willing to fight against his creator Father.

I picked Ling and Greed because of the similarities reminds me of Eddie and Venom. At first, Greed is a killing machine who cares about his own benefits, but when he is bonded with someone who cares about others, Greed learns that sharing a body is not a bad idea.

It’s all about survival of the fittest.

For a teenager, Ichigo had more than one near death experience. In one of those experiences, Ichigo unleashes his inner demons. During a mission to save Rukia from execution, Ichigo pushes his abilities beyond when he fights her older brother Byakuya. When things turn grim for Ichigo, his inner dark side takes over his body and unleashes some deadly blows on Byakuya. This dark Ichigo (sometimes named White Ichigo or Hollow Ichigo) shows up more than once and tries to take over Ichigo’s body whenever he is in a pinch against someone stronger than him. We find out that this Hollow Ichigo is also part of his weapon, Zangetsu.

I pick Ichigo because his struggle to control himself is somewhat resembling as someone like Spider-Man who tries to fend off against a creature who wants to take over. A symbiotic relationship is a dangerous relationship because one living creature is living off from someone else. In a way, it can be like a leech. 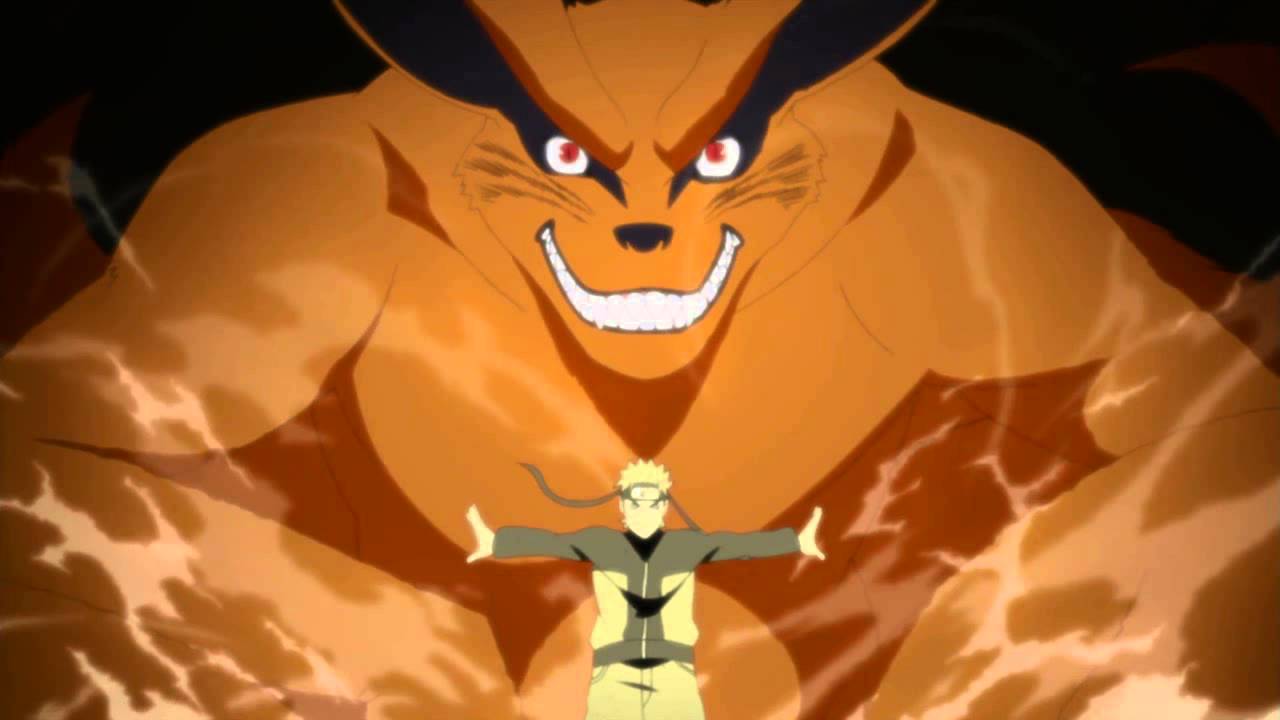 Talk about having a rough childhood. Naruto Uzamaki could have had a normal life if it wasn’t for the Nine-Tails inside of him. Sealed away by the Fourth Hokage, Naruto goes through life in pain of loneliness because of the village he lives are scared of tailed beast and doesn’t want to be near Naruto. As time passes, Naruto unintentionally summons Nine-Tails whenever is struggling against enemies and at some point even lose control of his surroundings. However, in the later half of the series, Naruto learns about the Nine-Tails and treats him as a friend. His new friend is actually Kurama and after going through bumpy training, Naruto and Kurama became a powerful duo.

Just like the movie Venom, it takes a while for Eddie to work together with the alien creature and after compromising, Eddie and the alien become Venom and they become a powerful being. 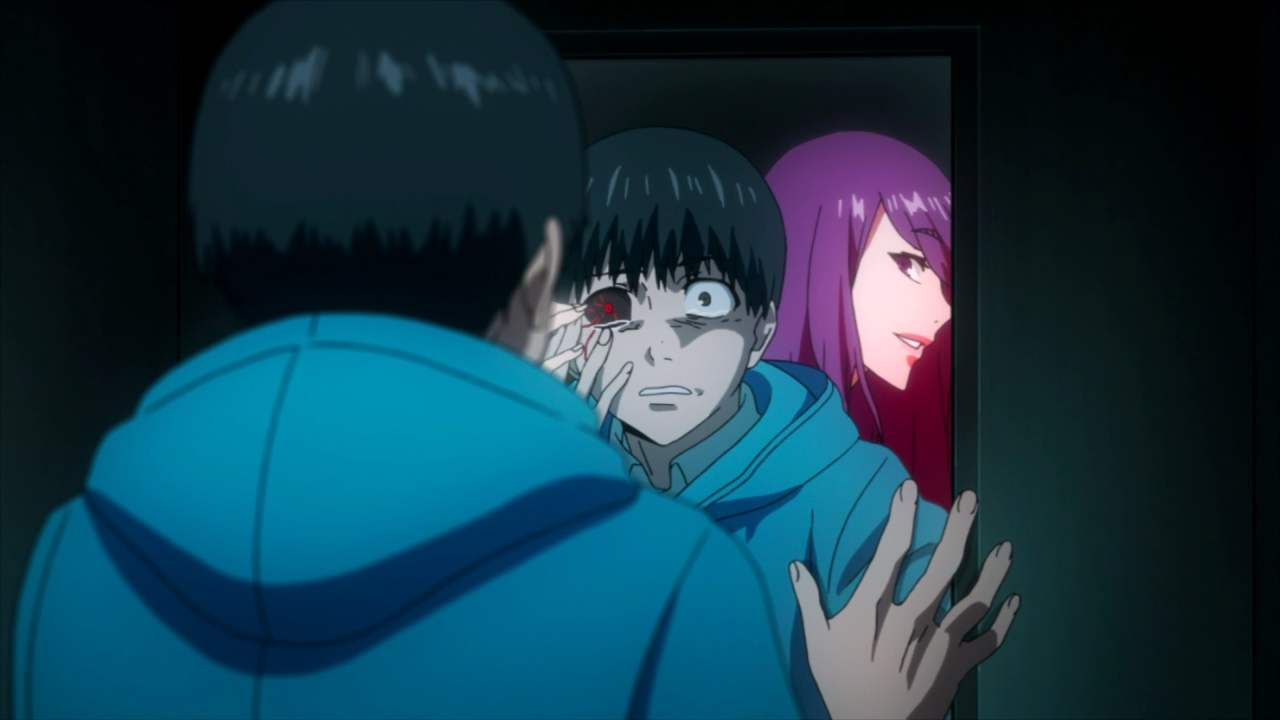 All this kid wanted was a date.

Kaneki’s life was never easy to begin with and college midterms is least of his worries. When Kaneki dates a beautiful girl named Rize, he thinks it’s a dream come true. Unfortunately, his first kiss became a vicious bite when he finds out that Rize is a cannibalistic ghoul. In turn of events, when Rize gets killed and Kaneki is near death, an operation takes place where doctor’s take Rize’s ghoul organs and replaces Kaneki’s crushed organs. This is the beginning of a ghoul transformation. Thanks to the doctors, Kaneki becomes a half-ghoul and half-human and obtained powers from the same monster than almost killed him.

I pick Kaneki because he reminds of me Eddie from the movie. They both have tentacle like powers and even though Rize is dead, her powers are in Kaneki which in essence can still hear her voice. Both characters even have trouble of eating food like normal people and when they give into their monster powers, they eat something so grotesque like eating humans. Rize and Venom are characters in which they can only talk to the host and increase their appetite for flesh. 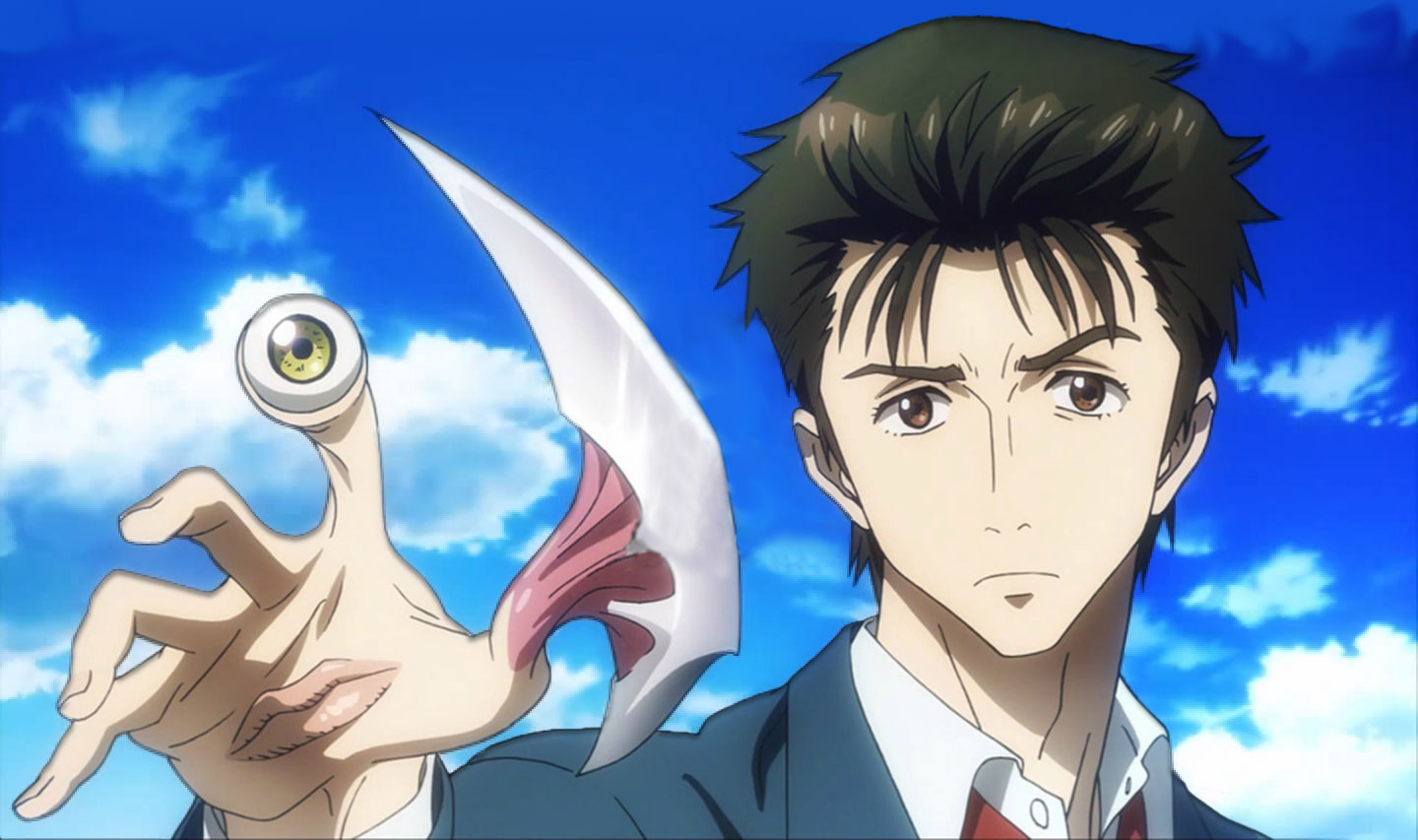 Based on the classic manga, Shinichi’s normal human life is over when an alien race arrives at earth and tries to take over human bodies. However, when one of them unsuccessfully takes over Shinichi’s body and only to take over his right hand, Shinichi life becomes bloodshed. I won’t go into details in the story, but Shinichi struggles to learn to work with the alien Migi and he later learns what it means to live. With so much transformation in the story, Shinichi human and life is a constant tug of war.

I said this before and I will say it again, this definitely reminds me of Venom. Both characters are forced to work together in order to survive an unknown threat. The main villain also has the same ability as the heroes, but he uses them more deadlier than them.

This concludes my top 5 post. I hope you enjoyed it and if you have a character that should have been added here, comment down below.

22 thoughts on “We are one! – Top 5 anime characters with symbiotic partners (Happy Halloween!)”