Step aside Mortal Kombat 11 and Dead or Alive 6, a fighting game may be taking over for best fighting game. Jump Force is near upon us and that means anime fans will be able to fight with of their favorite characters from the manga franchise Shonen Jump. According to Crunchyroll, Facebook and Instagram just revealed some characters in a pop up ad in their page of Jump Force. Two new characters are revealed in the ad and their names is Jotaro Kujo and Dai. Jotaro is from the third part of the manga series JoJo’s Bizarre Adventures titled Stardust Crusaders. Dai is from the manga series Dragon Quest: The Adventures of Dai. JoJo’s Bizarre Adventures is a series created by manga creator Hirohiko Araki and the manga was licensed by Shueshia and Shonen Jump. Dai is from Dragon Quest: The Adventures of Dai manga and it was written by Riku Sanjo and illustrated by Koji Inada. The manga is based on the popular JRPG series Dragon’s Quest. 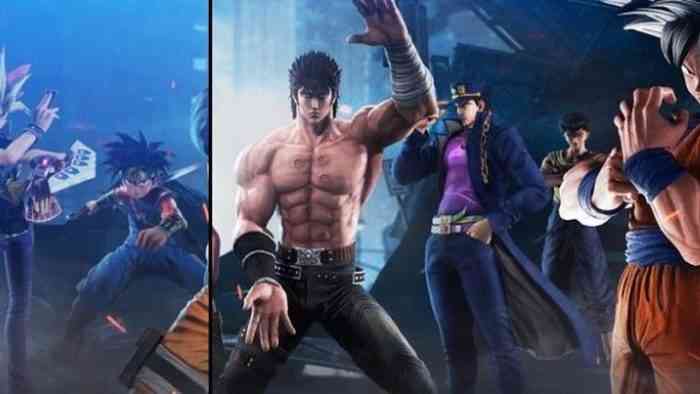 But wait, there is more news! It looks like One Piece and Dragon Ball won’t be the only series with an expanded roster. Naruto characters will be joining Jump Force. Naruto’s son Boruto Uzamaki will be joining with his father in this fight. Also joining the game is the leader of Team 7 Kakashi Hatake. As Naruto’s mentor and the Leaf Village strongest ninja, he will use his Sharingan to take down enemies; don’t interrupt him when he is reading his book. Once an enemy but now a friend of Naruto, the 5th Kazekage Gaara joins the game. He will use his sand jutsu to bury his foes. Last but not least, we have the mother of all chakra and the villain mastermind behind the Akatsuki and manipulating Madara from the beginning is Kaguya Ōstutsuki. Kaguya is the one that first introduced chakra from eating a forbidden fruit and her children later developed chakra and jutsu which plays a key role in the entire Naruto series. With her forbidden powers, Kaguya will show the world despair.

More of the Uzumaki clan are teaming up with the strongest manga heroes in JUMP FORCE! Boruto Uzumaki will #UniteToFight when #JUMPFORCE releases on February 15th.

The legendary copy ninja, Kakashi Hatake, will be bringing his large range of ninjutsu to the JUMP FORCE battle.

Unite to fight with your favorite shinobi! #JUMPFORCE releases on February 15 so pre-order today: https://t.co/2aJpkIOzL5 pic.twitter.com/accrIrYSzq

Formerly feared as a monster, Gaara has proven himself as a powerful hero with the ability to manipulate sand.

Kaguya Ōtsutsuki, the Mother of Chakra, will be unleashing her power in #JUMPFORCE!

Are you ready for this game? Pre-order this game for PS4, X1 and PC. The game is coming out this February 15th.