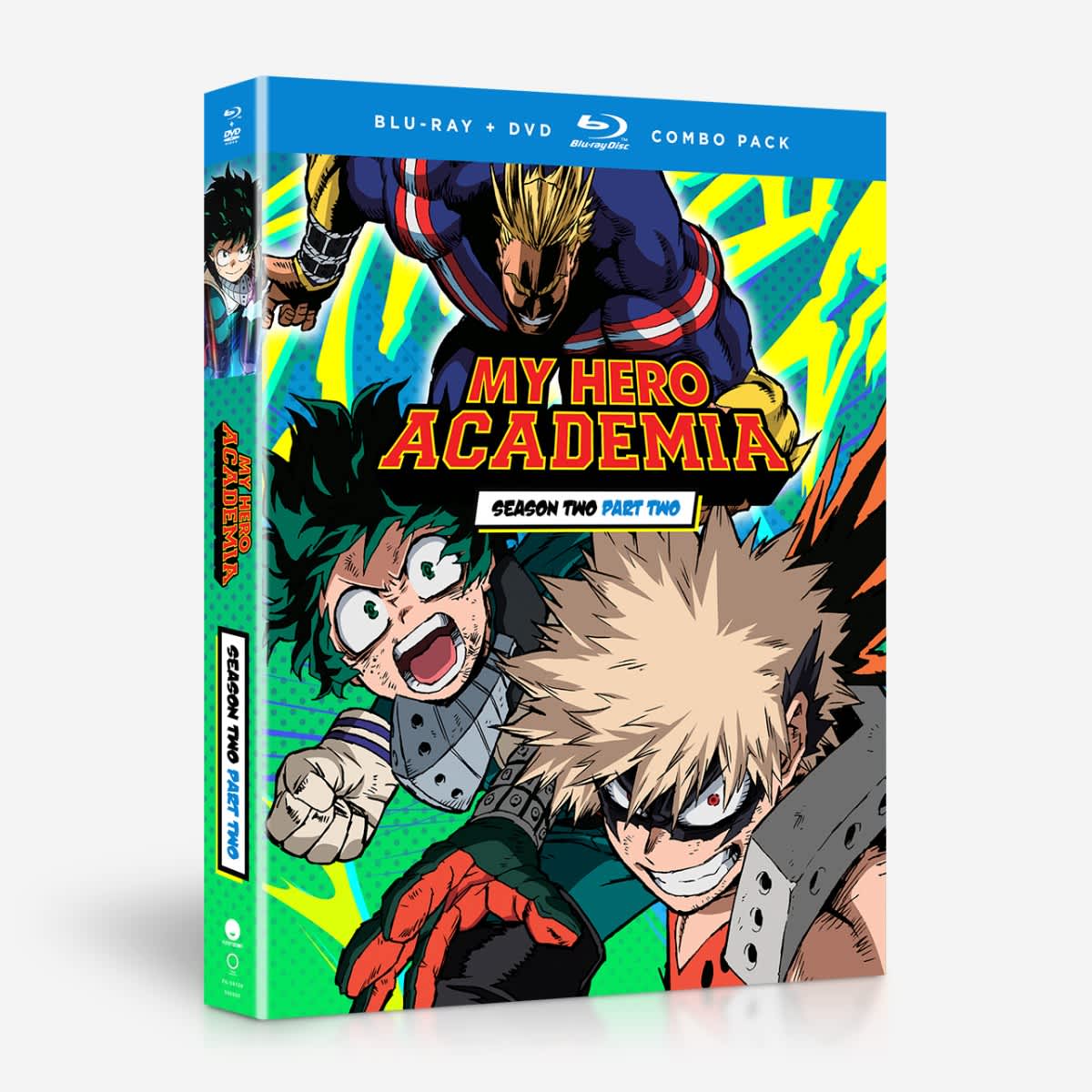 Our young heroes start their first internships with real pros! Put on blast by some serious training, Deku will see how far he can push his new skills when a classmate gets cornered by Hero Killer: Stain. The fight leaves a lasting impression before Class 1-A goes back to the grind for final exams. Setting aside rivalries, the students face their toughest opponents yet—their teachers.

*Please donate to my Ko-Fi and also disable any Ad Blocks,

Continuing off from Part 1, we have Part 2. I reviewed Part 1 and it’s spoiler-free if you want to read it.

With the U.A. Sports Festival, over, it’s time for the heroes to sign up for internships. In order to learn the duties of a superhero, the students sign up for internships and work with veteran heroes and observe how they handle heroic deeds and learn skills. Deku gets the opportunity to mentored by All Might’s previous master Gran Torino. As the students learn to be heroes, there is a dangerous villain called the Hero Killer Stain and he is hoping to kill pro. Along the way in the anime, Deku and his friends are faced yet again in another challenge where they have to work together with a partner and face against the teachers. One of them is All Might and Deku and Bakugo are teamed up to fight him.

Review: Internships and Tests! Oh my!

Just like Part 1, this anime never fails to impress me with awesome superhero. This anime does a pretty good job on giving us comedy, action and even suspense in the right moments. In order for me to properly review this portion of season 2, I am going to talk about it in three sections. This anime has 13 episodes, but it does go pretty fast and unless if you can follow, you might want to take it slow. Ironically, it’s fast but not too fast in pacing wise, so don’t worry. I believe the last section is going to be real brief since it’s probably the last one is pretty much talks about the last episode.

In the first section of the anime, we see the students already planning their hero names and even getting ready for hands on training. While Midoriya friends are getting trained by heroes, Midoriya gets the rare opportunity to work with All Might’s mentor, Gran Torino. Gran Torino is an old veteran hero who likes to snack and has a habit of losing his memory which adds humor to the anime. Despite all this, he is actually one of the old anime characters with amazing abilities in a same way like Master Roshi in Dragon Ball or Jiraiya in Naruto. The antagonist in this section is the Hero Killer Stain. Stain is a pretty creepy villain, but yet quite interesting. In my opinion, he is more interesting than Shigaraki. I won’t go into details why but his goal about killing off fake heroes is something different than what I expect from a typical bad guy. Besides Midoriya, we do get to some awesome spotlight moments with his friends Iida and Todoroki.

Next part of the anime is where the students must work together with a classmate and defeat the teachers, who are acting as villains, in order to pass their finals. This is another great moment in the series because I really like the character interactions with the characters. Like I mentioned, Midoriya has to team up with Bakugo and these two friend/rival students has to go against the symbol of peace All Might. Not just them, but the other students also has to face the heroes like Aizawa and Midnight. What I like about this is that we get to see how these characters work together and I like the theme of teamwork.

Last section is more about the last episode and it pretty much, in my opinion, a teaser to the upcoming season 3. In this last section, we get an interesting moment with Midoryia and Shigaraki about heroism and villains. We also get to see some new faces for the villains and even the mysterious leader of the group All for One.

Did season 2 of My Hero Academia ended strong? Personally, yes it did. My Hero Academia Season 2, Part 2 had so many story plots, but it managed to do well. I certainly like the bad guy Stain and how he was more than a typical one dimension bad guy. He was a bad guy with a reason and I like him more than Shigaraki. We did get to see new villain characters like Himiko, Dabi and even All for One, but unfortunately, we won’t be able to see them in action until season 3 which is kind of a bummer. I also like the hero Gran Torino. He was funny with Midoriya, and his abilities are so cool to watch; seeing him fight definitely reminds me of the anime mentors. However, like the new introduced villains, I wish we got more time with him. On the positive note, the final exam part of the anime was fun to watch. I like seeing the students work together and using their quirks to go to against heroes who has been through a lot of battles. Overall, My Hero Academia Season 2, Part 2 has a lot to entertain us and we continue to get more character development from the students and that even includes Bakugo. I can’t wait to see more of the new characters from the villains.

What did you think about this season?