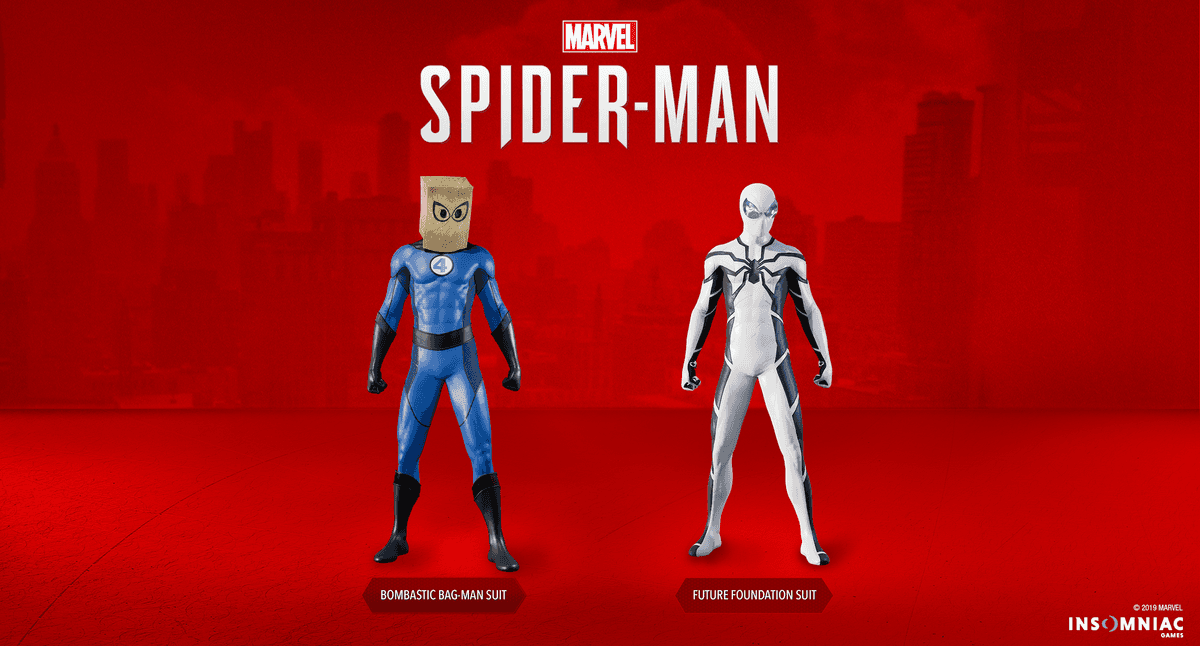 A while back back, Marvel Games sent out a tweet hinting fans and gamers that something “fantastic”is coming for Marvel’s Spider-Man for PS4.

And for our final #FantasticFourWeek livestream announcement… something "fantastic" is coming to Marvel's Spider-Man! Any guesses? #SpiderManPS4 @insomniacgames @PlayStation

The first costume is the Bombastic Bag-Man Suit and the second costume is the Future Foundation suit. The Bombastic Bag-Man suit made its debut in the Amazing Spider-Man comic issue #258 (1963) where Spider-Man seeks help from Reed Richards (Mister Fantastic) to remove the symbiote suit. This caused Spider-Man to be naked and the Fantastic Four gave him a loan suit while Johnny Storm (Human Torch) gives him a DIY paper bag mask.