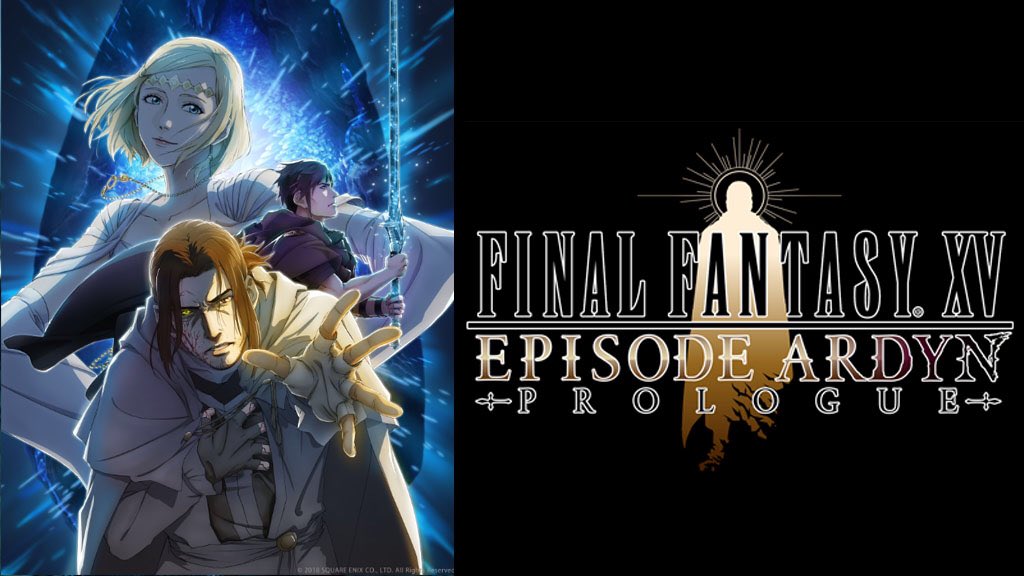 Please donate to my Ko-Fi help expand my blog and give more content:

Background: Who is Ardyn? The fate of Final Fantasy XV.

It’s been about 2-3 years since the release of Final Fantasy XV. This game gave us an incredible story, world and characters that many fans still remember to this day. This game got a lot of hype before the official release in 2016. We had the movie such as Kingsglaive Final Fantasy XV which showed the fate of protagonist’ Noctis home and people while he was gone away to be wed. We got anime series called Brotherhood: Final Fantasy XV where we learned a bit about Noctis’ friends as they travel to meet Noctis’ soon to be wife and avoid the Empire. This year we have another anime and it focuses on the villain Ardyn Izunia who is later revealed as Ardyn Lucis Caelum, an immortal ancestor of Noctis Lucis Caelum. Originally, Square Enix was going to do another season pass called “Dawn of the Future” where the game offered DLC stories focusing on Ardyn, Lunafreya, Aranea and Noctis. Unfortunately, the DLC plans got scrapped and the game director left the studio; however, they did promise to give us an alternative. Dawn of the Future will be converted as a novel instead and Episode Ardyn will be the only playable DLC. Square Enix wanted to show fans who was this strange person who helped Noctis in his journey but also back stabbed and showed him pain. They released the anime made by the same people who worked on Brotherhood and you can watch this anime for free on YouTube and Crunchyroll. Episode Ardyn Prologue is the prequel set-up anime for the upcoming Episode Ardyn DLC which comes out on March 26th. Without a further ado, let’s talk about this anime.

Story: A tale of two brothers and one kingdom.

Taking place 2,000 years before the main story of Final Fantasy XV, the people of Eos have been plagued by a mysterious illness called the Starscourge. Eos is currently looking for a king to protect the people and the land from the scourge. People infected by this become monsters known as daemons and they terrorize and infect other people. The people are looking for a king to get rid of the scourge, but they only have two candidates and only one will lead the nation. The candidates are two brothers named Ardyn Lucis Caelum and Somnus Lucis Caelum. Somnus is someone who wants to direct the kingdom by the law and will do anything for peace even it means using violence for his goal. Ardyn wants to help the people and cure them from the infection. Also revealed in the story, we have Aera Mils Fleuret who is an oracle that can speak to the crystal where Bahamut resides and talks to her about the conditions of the kingdom. Aera is the ancestor to Noctis’ childhood friend and soon to be wife Lunafreya. In this short anime, we get to see the differences between these brothers and how they will impact Final Fantasy XV.

Review: A brief chapter for a big story

I am going to be blunt, after watching this anime, there wasn’t much to critiqued since this a really short anime. The anime is roughly about 13 minutes long with the remaining 2 minutes revealing a sneak peak of Episode Ardyn gameplay. Much like the blogger Zoya (writer and owner of The AnimangaEffect blog) who wrote their review on this anime, this anime has a real simple plot and the main focus is the two brothers and their methods on dealing with scourge epidemic. This can be a negative to those who were hoping for anime series but I feel like this is an appetizer for the upcoming DLC and I think the game will expand on the story and characters. I think the highlight of the anime is the brothers and the setting of Eos. The brothers methods are different and it reveals their characters. Unlike the video game, Ardyn is not a trickster who likes to meddle with people in this piece of history, but actually he is more caring and uses his powers to siphon away the scourge He doesn’t think killing infected will solve anything which made me appreciate Ardyn. Somnus, however, handles the scourge differently and his methods is quite similar to the real life situation with the bubonic plague. Somnus wants to get rid of the scourge by killing off the infected and burning their corpses and this includes people he suspects them to be infected. His orders are much cruel and his relationship with his brother puts a strain. He is more focus on taking the throne and he’s willing to sacrifice his own brother to get that title. Like mentioned, we have Aera in this anime and she serves as a sweet heart for Ardyn. My feelings to her is similar to Lunaferya because I want to know more about her since she does whatever it takes to meet Ardyn and the anime doesn’t give her too much spotlight. Final Fantasy XV characters do make an appearance in this anime such as Bahamut and GIlamesh, but they don’t do much. Gilgamesh is shown to help Somnus kill daemons and Bahamut is there to talk to Aera. I like the fight scene with Ardyn and Somnus as they showed off the Lucis Caelum skills and how far will they go to become kind. Personally, what I like about this anime is the time setting. Taking place years before Crown City was created, the world of Eos is much simple and appears somewhat similar to real life. Blogger Zoya mentioned that the anime world gives the story an ancient Greek appearance and I have to agree with them. I would like to add to this and say it reminds of the New Testament story where Ardyn acts similar to Jesus Christ and Somnus is a Roman leader. Somnus is a rough leader who deals situation violent and merciless while Ardyn doesn’t use violence. Instead, Ardyn heals the infected and takes it all away just like Jesus casted out demons out of people and children. I say it like this because Somnus appears like a general and he lives in a kingdom and always thinking about politics and keeping appearances. Even though he is an heir, Ardyn appears like a commoner and he resides with the people he helped. I like the little details.

Is this anime worth watching? Personally, if you are a Final Fantasy XV fan like me, I say yes. This anime is important if you want to learn about Ardyn and his life and it helps you brace yourself for the game Episode Ardyn. The story is brief and you can easily follow the story. The only characters worth paying attention is Ardyn, Somnus and Aera but more than likely, it’s all about the brothers. The dynamic differences with the brothers is quite interesting and it makes even me more curious about Ardyn and his life. In the video game, we were given small details about his life and as we get close to Episode Ardyn, we will see what he plans to do in Final Fantasy XV and how will his action affect Noctis. This anime probably won’t appeal to casual anime fans since it does focus solely on Final Fantasy XV, You can like the anime for the music and animation, but this serves as prologue for the upcoming story.

What do you think about this anime? Comment down below.