Remember the news that Dragon Ball creator Akira Toriyama was involve with making the movie Dragon Ball Super: Broly? Because of his involvement, fans rejoiced and saw that after all these years, the antagonist Broly was going to be canon and be part of the Dragon Ball universe. Not only him, but we also get see characters like Bardock, Gogeta and even Goku’s mother Gine as canon; Gine first made her appearance in the manga Jaco: The Galactic Patrolman manga in a special chapter called Dragon Ball Minus. This is could be good or bad news since this means that Toriyama retconned the story. Meaning, we don’t see Bardock’s old friends from the movie Bardock: The Father of Goku or we don’t see his Super Saiyan transformation Episode of Bardock. Regardless of the changes, fans was still happy to see these characters canon and part of the main story. Just like I mentioned before with Bardock, this also means that Toriyama changed Broly. In the DBZ movies, Toriyama did designed Broly but he wasn’t part of the past movies and Broly was just another noncanon villain in the DBZ movies like Cooler or Lord Slug. Broly made more appearances in three movies due to popularity and seeing him come back as canon, he is involved with the main story. Now here is the main topic of this post: What if Toriyama said today that he wanted to do another Dragon Ball movie and bring back and character that was originally noncanon? What if Dragon Ball Super comes back and he wants to reintroduce a character he designed and be in the Dragon Ball Super? I have five characters in my mind that I would love to see return. These characters are from the past DBZ movies and filler arcs of Z. This is also a tribute to the 30 years of the Dragon Ball Z anime! Happy Anniversary Dragon Ball Z and thank you for the characters and story!

Remember that epic fight with Goku and Hit in Dragon Ball Super where Goku used Kaioken and Super Saiyan God Super Saiyan together? Before that happened, Dragon Ball veterans saw something similar in the classic Dragon Ball Z anime. In Dragon Ball Z, this anime did have filler that was not part of the original manga. Taking place after the events of the Cell Games, Goku is dead and rather than training with King Kai, he decides to part in tournament where all the Kais come together and pit their strongest warriors and see who is the strongest, in thus this leads to the Other World Tournament episodes.  In this filler, Goku and Pikkon are faced against each other and both are equally matched. Despite Pikkon being stronger than Frieza and even Cell, Goku has an ace up his sleeve. He transform into Super Saiyan and mixed his attacks with Kaioken for a boost.

What I am trying to say is that even though Pikkon is not noncanon, I did like him and I really like the friendship with him and Goku. I am also impressed how strong he is. It was mentioned in Bio Broly that when Broly died, King Kai wanted Goku and Pikkon stop Broly rampaging in the Other World. If Pikkon ever comes back, I would love to see him Super where Goku could team up with Goku and fight with dead warriors for training.

He didn’t show up in the filler episodes but he appeared in the noncanon Z movies. Tapion is a new character introduced in the movie Dragon Ball Z: Wrath of the Dragon,. He is a mysterious hero who is on a quest to prevent the powerful monster Hirudegarn from destroying the world. I pick him because I like friendship between Kid Trunks and him. In the movie, Trunks becomes interested in him and sees that looks like a very cool hero and Tapion soon begins to like him since he reminds him of his younger brother who helped prevented the rampaging monster from rampage years ago. In the end of the movie, the monster slain and as Tapion returns him home, he gives powerful sword to Trunks. In the credits, we see Trunks wielding a sword and slaying Frieza after the events in Namek. I would love to see Toriyama bring back Trunks again and go over the details on how did he get the sword. I could possible see him referred or at least explained in a movie focusing only on Trunks.

Remember this muscled green giant? Dragon Ball Z: Bojack Unbound introduced Bojack and his minions and we got see how scary they are. It is mentioned by King Kai that all four Kais sealed Bojack and his servants because they were evil and they had too power to be stopped in the galaxy; however, after King Kai died from Cell because of Goku, the seal is broken Bojack and his crew escapes and decides to have fun by attacking Earth. With Goku out of the picture, it’s up to Gohan and the Z-Warriors to stop him. If Bojack ever comes back, I would love to see him in the sequel/Dragon Ball Super anime. In the manga, DBS is still going and Goku and Vegeta are faced against a powerful energy stealing foe called Moro and the only one who can match against him is Majin Buu. What if while Goku and Vegeta are away, what if there is new threat and Gohan is Earth’s last resort. It was mentioned a while back that Toriyama planned to have Gohan to be the main protagonist in Dragon Ball Z when it first started, but then he became a side character since fans loved Goku more than Gohan. I would love to see Gohan in action and show fans that he still the same kid who once saved the world from Cell. He did come back strong in Dragon Ball Super in the last arc, but I would like to see him fight in a battle of life and death in the same way in Android Saga. 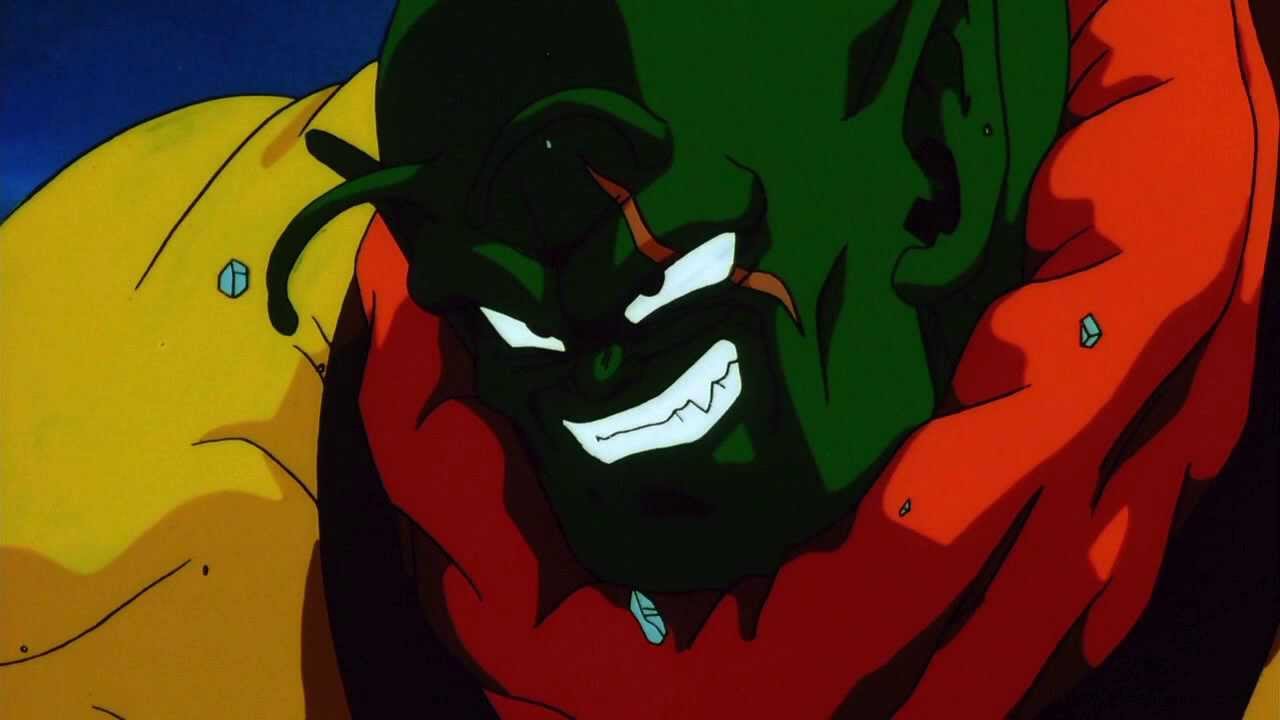 Goku can’t catch a break with evil Namekians. In Dragon Ball Z: Lord Slug, Goku and his friends must stop the evil Namekian Lord Slug from freezing the planet. In a similar way like Evil King Piccolo in the Dragon Ball classic anime, Goku is faced against a young Lord Slug in his prime and just like King Piccolo, he is evil to the core and will do what it takes to kill anyone stopping his goals. Goku barely made it out alive when he almost tapped into a Super Saiyan form and Gohan using his whistling skills to weaken Slug. Just like my point with Gohan and Bojack, what if the earth needed Piccolo’s protection. I could see an arc in Dragon Ball Super where Piccolo teams up with Gohan and fight against Slug. Not only Piccolo would get the spotlight, but I would love to see the teacher-student relationship with Gohan and Piccolo.

Just like Broly, Cooler is another movie character that gets a lot of popularity from Dragon Ball Z fans. Cooler made his appearance in the movie Dragon Ball Z: Cooler’s Revenge and then came back again as a metal version called Metal Cooler in Dragon Ball Z: The Return of Cooler. Cooler is the older brother of Frieza and just like him, he is heartless. He comes to Earth to find the one who killed his brother and he is not doing this to avenge him, he wants to kill to honor the family and his own pride. It’s mentioned in the movie that he was already planning to kill Frieza to shut him up. Cooler will go beyond and even try to kill Goku’s friends in order to see him go mad. Cooler has gotten a lot attention even in the video games that he was added in Dragon Ball Z: Budokai 3 in the PS2 and he came back in the Dragon Ball Heroes anime spinoff where he learned how to transform into Golden Cooler. He is also a DLC character in FighterZ along with Broly and Bardock. In Dragon Ball Super, he doesn’t show up at all and the only Frieza-like character we got was Frost in Universe 6. I would love to see story focusing on Frieza and his race. We could learn about his relationship with his brother and his father King Cold.

That’s my top 5 characters I want to see canon in Toriyama’s movies and Dragon Ball Super. What about you guys? Do you have any characters that you want to be canon? Comment down below.

Please donate to my Ko-Fi: