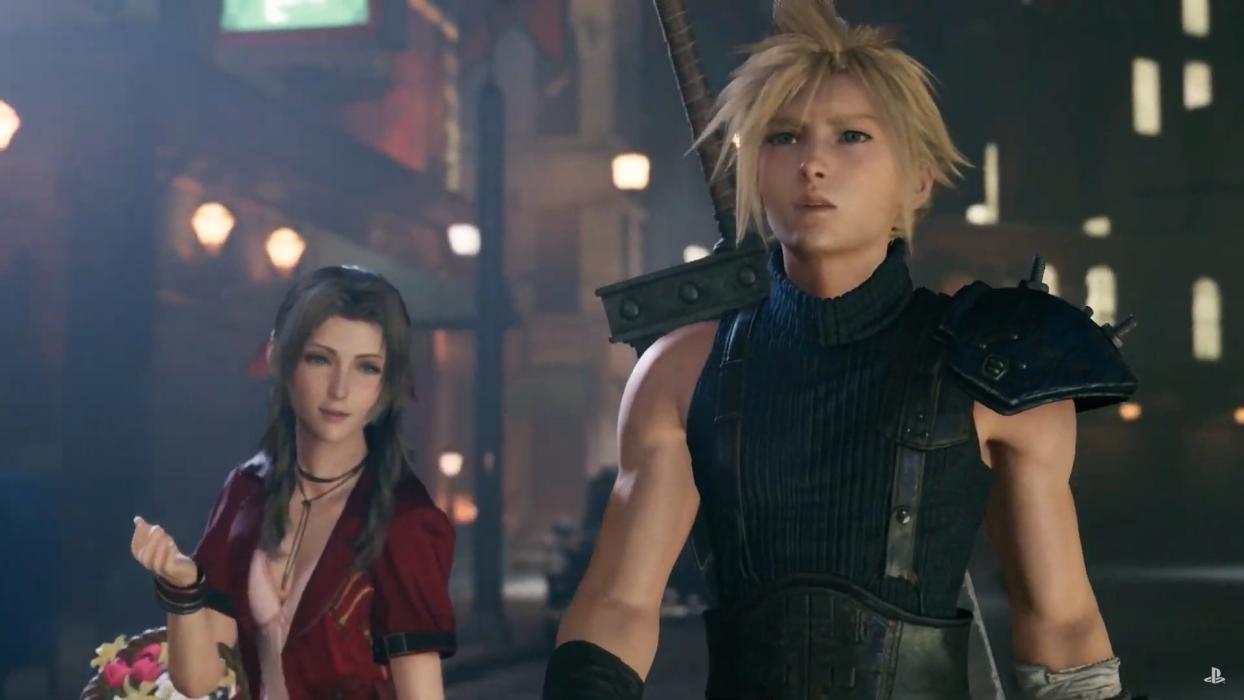 If you missed out on the big news of Playstation State of Play, I will tell you what is going on in social media. Yesterday, The Play of State just revealed a new trailer for the upcoming remake video game Final Fantasy VII, or commonly called Final Fantasy VII Remake.

Most of the plans are already in place in the run up to launch, so please bear with us a little longer until we can release more information next month – Tetsuya Nomura

The game reveals an updated version of the characters such as Cloud, Barret, Aerith/Aeris, and Sephiroth including enemies like SOLIDER and monsters. The voices in the game is in English Dub. More information in the game will be announced in June. It was previously mentioned that Tetsuya Nomura was working both Final Fantasy VII Remake and Kingdom Hearts III at the same time. Now that KHIII is over, he can focus on this game.

Here's the Teaser Trailer for #FinalFantasy VII Remake that was introduced just now at #StateofPlay.

Most of the plans are already in place in the run up to launch, so please bear with us a little longer until we can release more information next month – Tetsuya Nomura #FF7R pic.twitter.com/LLMqWw8e9x

Thank God it’s Friday! Welcome everyone for another exciting and fun Friday in Friday Funny. As you all know, today is another movie release in theaters. It has been a long time and nobody expected this to happen, but we’re finally getting a live action Pokemon movie. It’s not based on the anime with Ash or the games such as Red and Blue. Instead the movie is based on the game Detective Pikachu. In Pokemon Detective Pikachu, viewers will finally see realistic live action Pokemon! Voicing the talking Pikachu is Deadpool actor Ryan Reynolds and he is going to be partnered with actor Justice Smith. According to reviews, it’s actually a funny and good live action movie. A realistic Pikachu looks better than the Sonic the Hedgehog movie. Who knows, this could lead on to a Super Smash Bros Initiative movie and we might get phases like the MCU. Besides Pokemon, Marvel just revealed the next and last MCU movie of this year. Taking place after Endgames, we have Spider-Man: Far From Home. I am not going to talk about it because it does take place after Endgame and it has spoilers to the previous movie; however, it does mention multiverses. Still, if you haven’t seen Endgame, go watch it now! May is going to release another live action movie but it’s Aladdin from the Disney cartoon movie. Don’t forget this weekend is Mother’s Day! Please be sure to show your mom how much you love them!

With this said, let’s go catch some Pikachus!

I made the desk from the smash 64 intro in the stage builder, came out pretty 👌 I think pic.twitter.com/EDe4iYLAC2

FINALLY SOME MEGAMIND REP IN SMASH!!! RT this if youre a real Megaminder pic.twitter.com/fI9KrgrOFR

Why does this fit so well pic.twitter.com/f9nfvGEMPa

I don't know about you all but I have a good feeling about this movie. pic.twitter.com/WfJAzhQ5g0

Here are some videos to hype you this weekend:

Here are some video game movies that should join the Smash Bros Initiative: