Good news everyone, I got some news for you gamers, so get ready to save up your money and buy some controllers because this year is going to be big! Step aside Final Fantasy VII Remake and Marvel’s Avengers.

It’s been about 4 years since E3 released the teaser trailer of the video game Death Stranding. Yesterday, Kojima Productions finally unveiled the video game Death Stranding trailer which includes the game’s story and gameplay. The game was created by Hideo Kojima, game designer who created the Metal Gear Solid series (excluding Metal Gear Survival) and even the cancelled P.T., who is also the head of Kojima Productions. With the help of Sony, Kojima will be releasing a video game that will blow you away. The video game’s trailer was released yesterday, May 29th. The trailer shows off the game’s story, characters and gameplay. Death Stranding is expected to be released on November 8th, 2018 for PS4!

You can even pre-order the game in three versions: standard, digital deluxe and collector’s edition. I am going to leave the link here so you can check out the bonus pre-orders:

Tomorrow is in your hands.

This is what Kojima stated in regards to the game’s main theme:

Second verse same as the first, Activision just revealed a new Call of Duty video game teaser trailer. This new title is called Call of Duty: Modern Warfare. The game is expected to come out this October 25th, 2019 for PS4, X1 and PC.

The rules have changed. #ModernWarfare

According to GameSpot, Call of Duty: Modern Warfare is more than a reboot and is more of a reimagine of the classic 2007 version. The game is expected to have cross play where players can play against each other from different consoles. Apparently, Activision won’t be selling the season pass lock blocks gamers from new multiplayer maps. 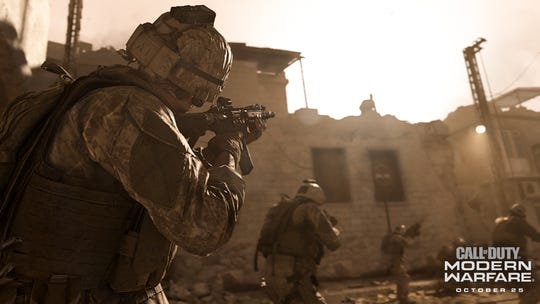 So what games are you hyped and which ones will you buy first?