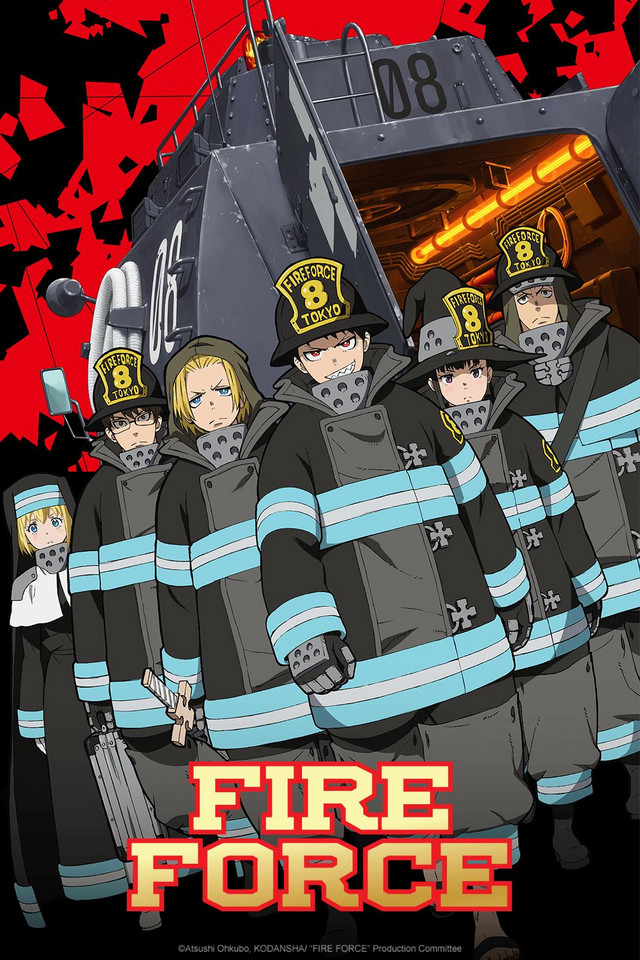 If you guys are happy to see Food Wars and Gundam Origins in Toonami, you better make space for your DVR because here comes another anime title joining TV. Revealed in a tweet by Jason DeMarco, co-creator of Toonami, announced that the newest and currently running anime Fire Force is going to be added to Toonami. Fire Force will be on TV on July 27th. The show will begin after Attack on Titan and before Lupin the 3rd: Part V. Currently, this anime fairly new with only two English Dub episodes. ANN announced that the series planning to have a total of 24 episodes, but it could expand to 48.

#Toonami fans, thank you for your patience. I can FINALLY announce we will be premiering FIRE FORCE on July 27th at Midnight! pic.twitter.com/DRqa6qfRU5

In the year 198 of the Age of the Sun, Tokyo is a crowded cosmopolis. But the world’s most populous city is threatened by devils that cause people to burst into flame at random. The only ones who can stop it are the Pyrofighters, a team of specialized firefighters. The young Shinra, blessed with the ability to ignite his feet and travel at the speed of a rocket, wants nothing more than to be a hero, and knows that this is the place for him. But he’s not the best at following orders.

The third English Dub episode got postponed in regards to the KyoAni fire tragedy.