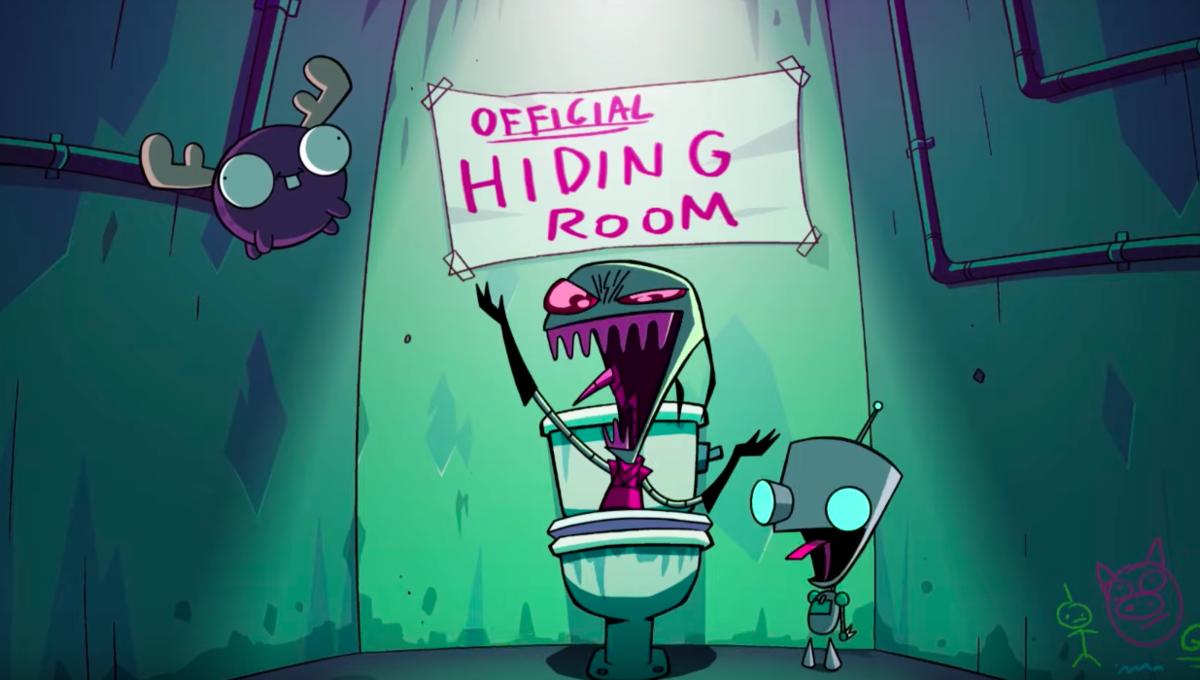 If you didn’t know, Netflix has released two classic Nickelodeon movies and specials of the cartoons Invader Zim and Rocko’s Modern Life. We have the movie Invader Zim: Enter the Florpus and the special Rocko’s Modern Life: Static Cling. These two classics are back and are only available in Netflix. However, from sources I read, they were originally going to be on TV.

In a interview from ComicBook.com, Invader Zim creator Jhonen Vasquez tells them why did they choose Netflix instead of broadcasting the movie on TV. Here is what what he had to say:

“We had already finished production. Netflix really had no hand in the creation of the thing. Nickelodeon was the intended destination for it, but then there was a lot of changeover that happened in the last couple of months of production at Nickelodeon, just suddenly everyone that was supportive was no longer present. And I think we just rolled to the finish line in this junky machine that I think really only crossed the finish line out of sheer neglect by the end of it.”

Overall from this statement, Vasquez briefly stated that they were done making the movie and wanted to release it to the public. Unfortunately, the team he knew from Nickelodeon wasn’t there and the new team didn’t give them permission to put to on TV. Instead, thanks to Netflix platform, they were able to easily stream it for others. How do you feel about this news? Get ready for more movies plan such as Rise for the Teenage Mutant Ninja Turtles and The Loud House.