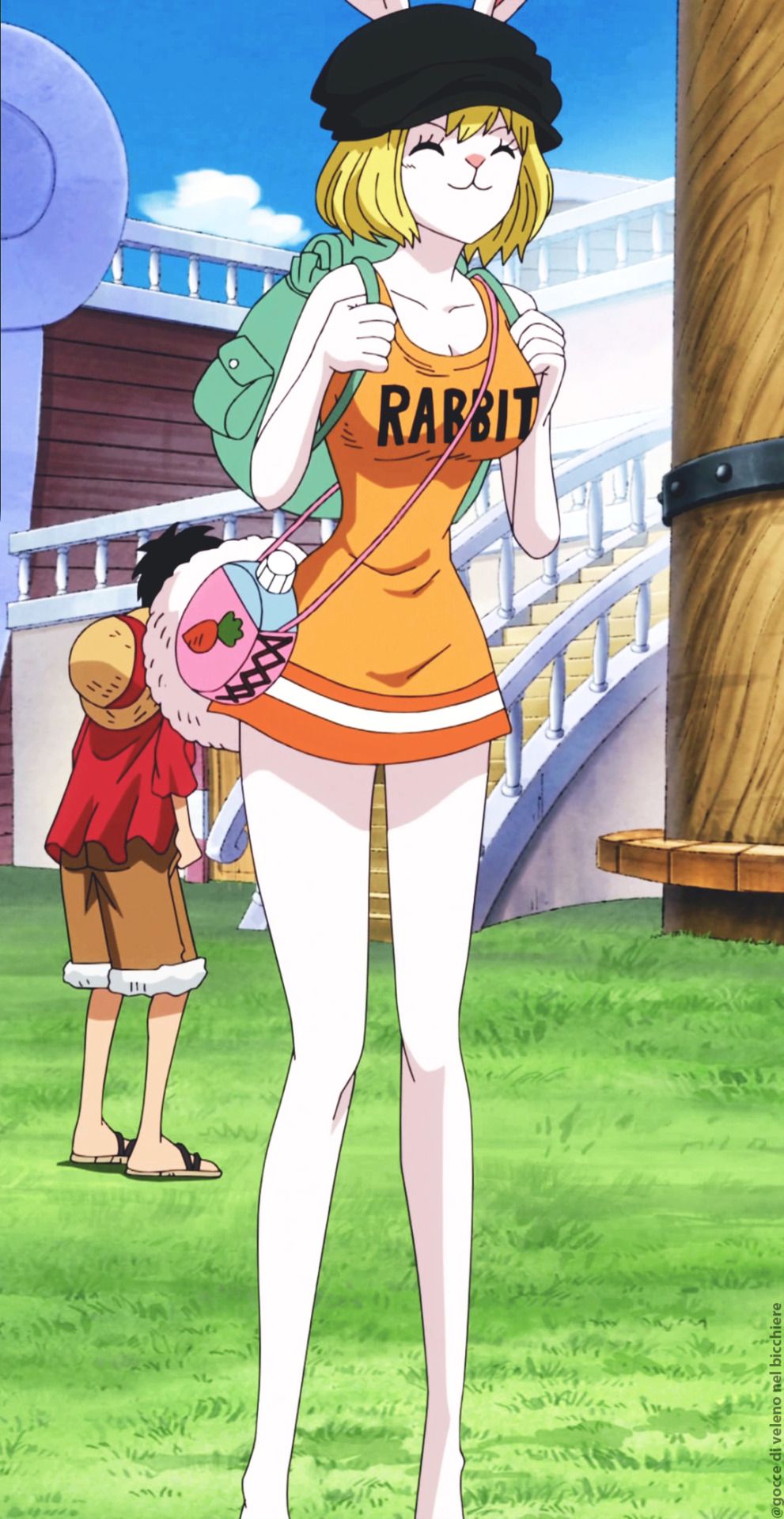 If you been following One Piece in the anime and manga, you might know who is Carrot. Carrot is a mink, similar to Fish-Men where they are anthropomorphic animals that can walk and talk like humans. Their civilization has seculded themselves in Zou of Mokomo Dukedom. After the events of Dressrosa, Luffy and his friends encounter them at Zou and then later be friends. They even helped out on saving Sanji from Big Mom.

In One Pirate Warriors 4, we are shown that the following playable  characters is Luffy, Jimbei, Reiju and Sanji. According to a recent scan from Weekly Jump, the cute rabbit character and friend Carrot is going to be playable. It is also implied that her powerful beast form, Sulong Form, will also be in this game allowing players to power up. More details on this game will be revealed at the Tokyo Game Show at Sept 12 to 15.