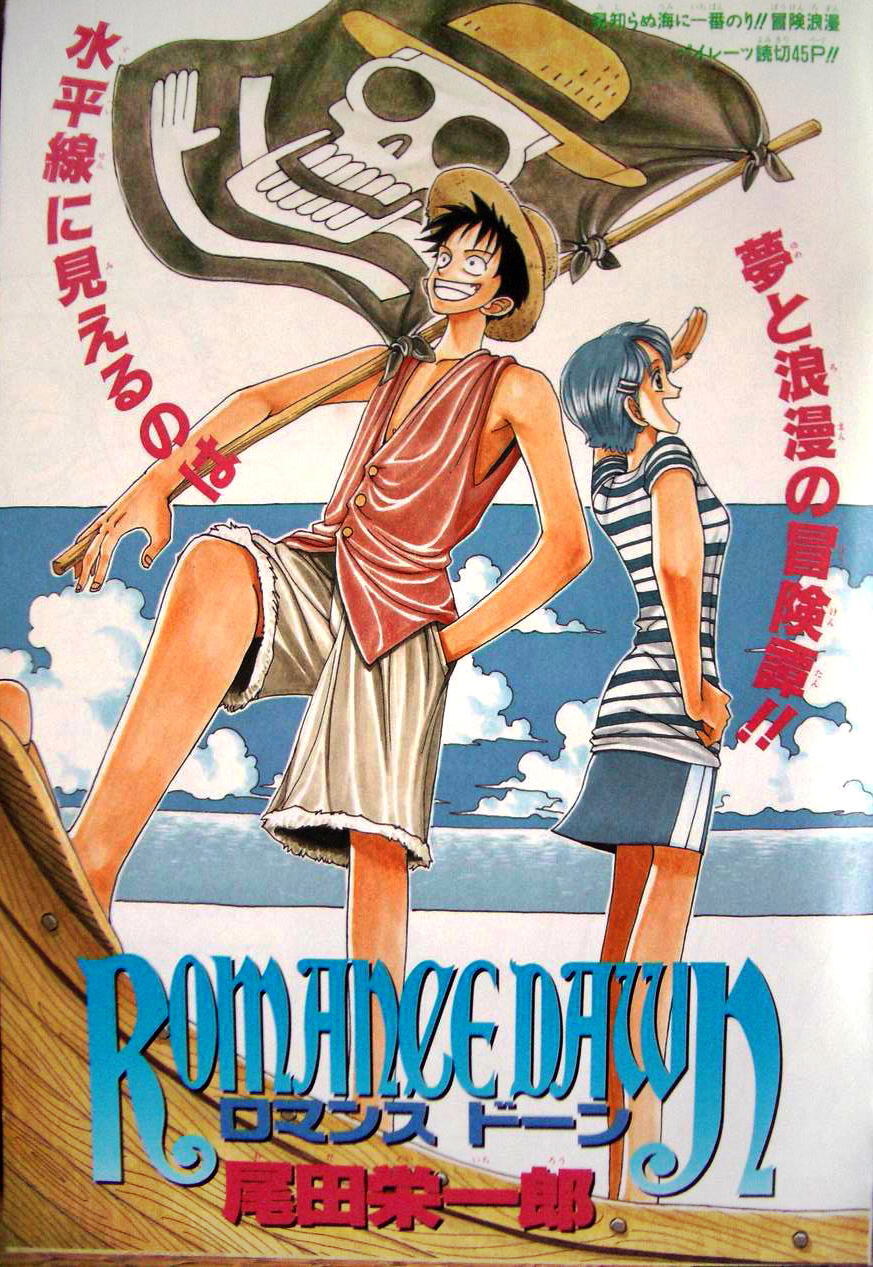 If I know anything about One Piece, One Piece is the longest going anime and it has so many fans that could be compared to other anime like Dragon Ball. With the success of the recent movie One Piece Stampede, you would think Japan would slow down on the success of One Piece. However, you know what they say, keep the flames going! It’s been announced that Japan will be working on a One Piece TV special based on Eiichiro Oda’s project one-shot Romance Dawn. This is a second version of Romance Dawn where the story and characters are different in this One Piece world. Of course Luffy is still same rubber pirate, but in this version, the one who gave Luffy the Straw Hat was his grandfather, Garp, who is a captain of pirate crew and the characters he meets is a blue-haired girl named Ann and an antagonist named Spiel the Hexagon. This TV special is to celebrate the 20th anniversary of the anime. This anime special is currently going to be for Japan viewers.

There is another version of Romance Dawn but that one was released in 2008 at 40th JUMP Super Anime Tour. The name Romance Dawn is a prototype title in which was used for Eiichiro Oda when he was making One Piece.