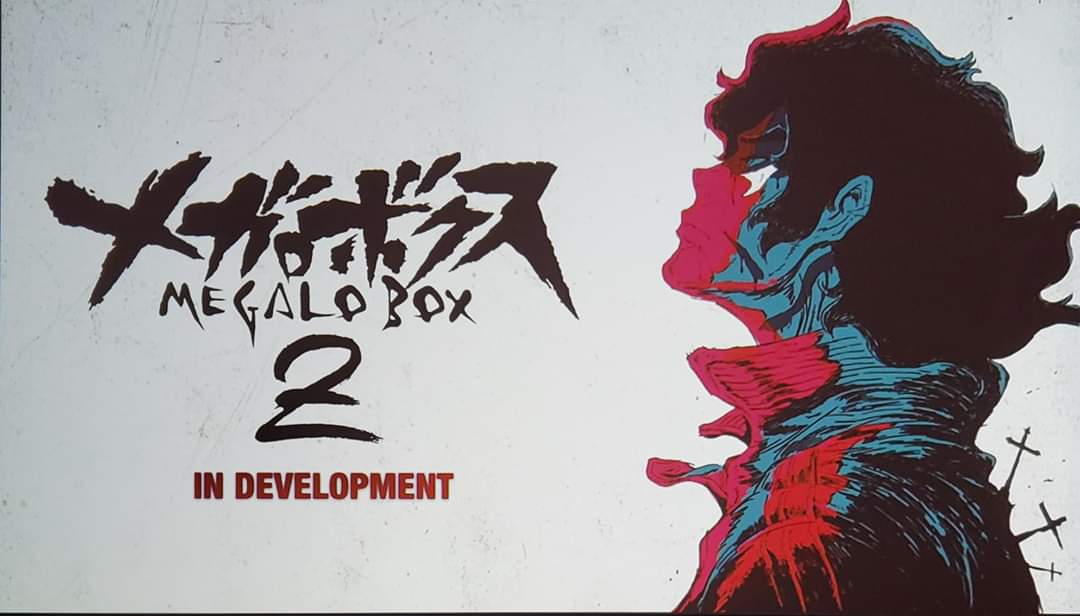 Anyone remember the boxing anime Megalo Box, or also known as MEGALOBOX? If you like this sci-fi boxing anime and you even liked the English Dub from Toonami, I got some good news for you. During Anime NYC, the anime studio TMS Entertainment (company who previously works on Megalo Box, Lupin the 3rd and Dr. Stone) announced that there is plans of another season of Megalo Box. According to Crunchyroll, this second season takes place seven years after the first season which shows the main character Joe with a beard and looking for someone. There is no specific details but it is in development.

synopsis of the first season:

A desolate land stretches out from the city of poverty. A motorcycle speeds recklessly, blowing clouds of sand and dust. The rider is the protagonist of this story – he has neither a name nor a past. All he has is his ring name, “Junk Dog” and a technique for rigging MEGALOBOX matches with his pal Gansaku Nanbu, which they use to support their hand-to-mouth lives. JD is bored, resigned, and unfulfilled. Yuri has been the reigning champion of MEGALOBOX for the past few years. He has the skills and presence of a true champion. This is a story of JD and his rival, Yuri.