If we can get a rated-R movie about Joker and Deadpool, what if we could do it with Venom. According to Cinema Blend, Venom producer Matt Tolmach made a comment that he is considering giving the sequel to 2018’s Venom the rated-R treatment. The reason being is because he saw the success to DC’s recent movie Joker which was given the rating R and it earned over a billion dollars. Here is what Tolmach said:

I mean, I think you always have to think about [it], now that that works. Having said that, our movie worked really well. Our franchise exists as it is, and I don’t think anybody is looking to just say, ‘Hey, they [did it]!’ We have a place in the world. So it isn’t like suddenly everybody’s considering what to do with the rating. … I think what Joker does is it tells you that you can succeed. For a very long time, that was the narrative. And Deadpool sort of wrestled that to the turf, and then Logan, but for a long time, that was considered totally forbidden. … So you know, I think it’s the greatest thing in the world that R-rated movies are being embraced by massive audiences. And it just means that there are more opportunities for that kind of storytelling.

With movies like Logan, Deadpool and even Joker, producer Matt Tomach and director Andy Serkis are considering making Venom 2 for a much more older audience. If you didn’t know, the first Venom was released in October 2018 with a PG-13 rating. The movie met with mixed reviews from critics and even hardcore fans. What do you think about a rated-R Venom movie? 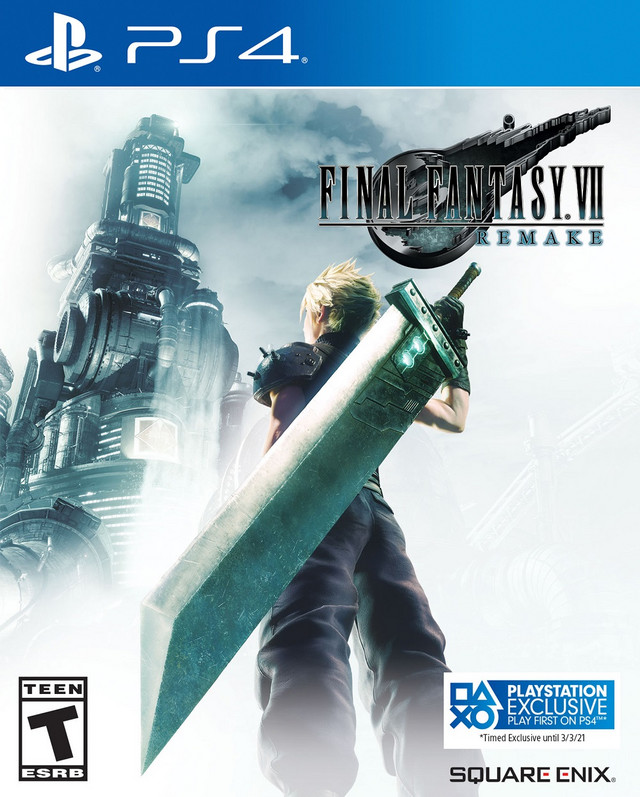 If Kingdom Hearts III is not in your interest in gaming news, maybe you’ll like some Final Fantasy VII Remake news. According to Crunchyroll news, it appears that Square Enix has updated the game’s cover with something interesting. At the Square Enix website, Final Fantasy VII Remake new cover shows a PS4 exclusive label with a limited time date. The date states you can play first on PS4 and it will be timed exclusive until March 3rd, 2021. What does this mean? In assumption, it could mean that Final Fanastu VII Remake will be on PS4 only on initial release and then after the time is up, this game could go on to other consoles such as XB1, PC or possibly Switch. It’s unknown right now but we could get FFVIIR on other platforms in 2021 or later.

Hello Kingdom Hearts fans, as you may have noticed, we are reaching the end of 2019. 2020 is going to be a busy month for new games. While Kingdom Hearts already be released in early January 2019, it looks like fans will be able to experience more magical fun in the upcoming DLC ReMind or also know as Re Mind. The DLC will be released on PS4 on Jan 23rd and on Xbox One at Feb 25th. Today, Square Enix finally released the removed trailer and on Twitter, it also reveals all the content and updates to what expect on the official release. However, revealed in the tweets, there is also two versions of the DLC package with a ten dollar difference (depending on where you get the game in region, the price might differ). Here is what is included in the first version:

In the second version, you get all this including a concert video along with 19 music tracks from Kingdom Hearts – World of Tres – Orchestra Concert which was hosted in Osaka, Japan. There will also be a free update called Version 1.07 in which players will be given the keyblades the Oathkeeper and Oblivion and a new for Sora.

If you are ready, feel free to pre-order here:

Additionally, a free update is coming to #KingdomHearts III!

In Version 1.07, the Oathkeeper and Oblivion Keyblades will be added, along with a new Form for Sora to master!