Great news, anime fans! If you have Funimation and you are enjoying Aniplex titles like Fullmetal Alchemist: Brotherhood and Black Butler, you might want these titles in the watch list. Joining Funimation on Feb 11th, we have the anime series Durarara!! and Blue Exorcist. Both these anime will include English Dub and Sub.

NEWS: Blue Exorcist and Durarara!! Are Coming to Funimation TOMORROW! 😱😱😱 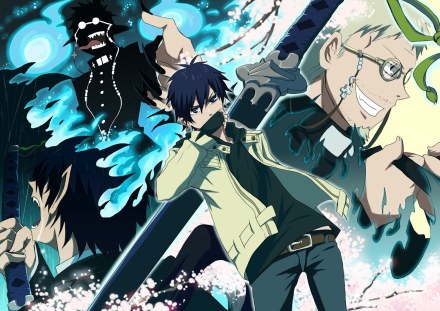 Assiah, the realm of humans, and Gehenna, the realm of demons. Normally, these two dimensions would never intersect, but having possessed all material substances, the demons are now intruding on the material world.

But among the human race, there are those who can exorcise such demons – the Exorcists.

Ikebukuro, Tokyo takes center stage in this story where various young people have gathered with different expectations. A high school student, an underground doctor, a stalker, a “headless” rider, and others will both cause and get caught up in trouble.

This is a story with a tangle of super-extraordinary characters; one where no one can predict what will happen next!

Don’t forget, Funimation has other Aniplex anime such as the following:

Today’s Menu for the Emiya Family