Final Fantasy VII Remake isn’t the only game that got delayed, Marvel’s Avengers got delayed for improvements, but Square Enix has been cooking up something enticing in order to convince you to buy this game. Released in a tweet, Square Enix and Crystal Dynamics shared a quick trailer of the upcoming Marvel’s Avengers game. This game is set to be released in September 4th, 2020 for PS4, XB1, Steam and Stadia. You can now pre-order the game.

Embrace your powers and live your Super Hero dreams in Marvel’s Avengers. Check out some new footage in our latest trailer!

Which edition will you choose? #EmbraceYourPowers

Square Enix and Crystal Dynamics has shared some interesting pre-order bonuses for those who wants the game early and want to obtain the hard to reach merch. There are four different editions in which players have the option to choose which ones do they want to get. The four editions are the standard, exclusive digital, deluxe and Earth’s Mightiest Edition. 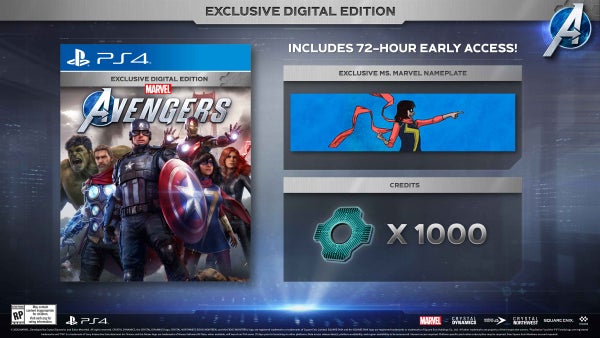 Do you plan to get this game?