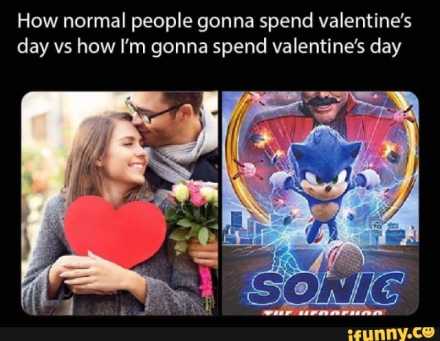 Thank God it’s Friday! Welcome for another fun-filled episode of Friday Funny. In this episode, I am here to share with you some memes and news! Before we begin this meme post, I want to share with you some recap news. Today is the movie release of Sonic the Hedgehog. This movie was originally going to be released in November 2019, but due to fans hating the old design of Sonic, Paramount Pictures decided to postpone the movie and give us a better looking Sonic. Sonic will be voiced by Ben Schwartz (also does the voice of Leo from Rise of the Teenage Mutant Ninja Turtles and Dewey from the Ducktales reboot) and Jim Carrey will be playing as Dr. Robotnik (or nicknamed Dr. Eggman). If you don’t want to watch Birds of Prey for Valentines Day, then have no fear because Sonic is here to save your day or weekend! Speaking of Birds of Prey, Warner Bros has decided to change the movie title Birds of Prey to Harley Quinn: Birds of Prey. The reason why they changed it is that they try to get people’s attention and hopefully raise money on tickets since the movie didn’t perform well for most people. In sad news, the abridged series Dragon Ball Z Abridged is officially over and the team behind has decided to not do the Buu Saga. They will complete the abridged series of Final Fantasy VII but they will be ending any DBZ content due to the team feeling fatigued and morale and to avoid facing copyright laws. Last but not least, it’s not Sega but it is from Capcom. Capcom will be re-releasing Street Fighter V titled Street Fighter V: Champion Edition for PS4 and Steam. This game will include all the characters from season pass 1-3 and new current DLC characters like Seth and Gill and costumes. This game will be the first time it will allow players to play all boss fighters from past Street Fighter games like M. Bison, Sagat, Akuma, Gill and Seth. If you already have Arcade Edition, you just need to buy the upgrade kit for a minimum fee or if you are new to this game and you want to get everything, get this game for about $29.99.

Don’t forget to donate to help my blog. If you donate, I will give you a special shout out in my next post.

With all this said, let’s go to the memes! 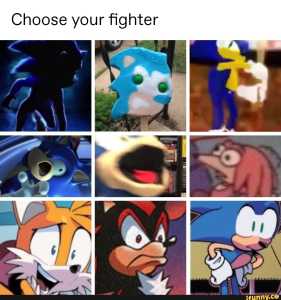 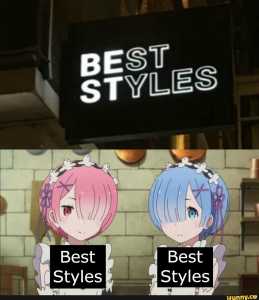 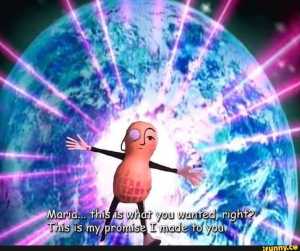 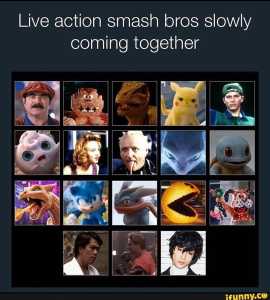 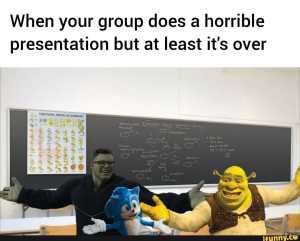 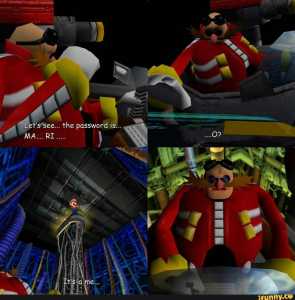 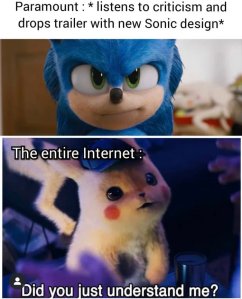 Not sure I can argue with that

Me and all the other single people going to see sonic on Valentine’s Day pic.twitter.com/zBZOGUBWOT

Aww, this Baby Sonic cake is adorab– HOLD UP NOT THE FACE https://t.co/SdeUNt9Kh0

Something about this scene seems awfully familiar
Any ideas, @BoomContext? pic.twitter.com/i8jJL81Ls6

He is the Eggman~ #SonicMovie pic.twitter.com/FpvWjg4yYW

I had to do this one myself. It had to be me.
@real_axolotl pic.twitter.com/BoJwAZAB56

My wife asked me to help decorate the cookies for her sister's baby shower, and then just as quickly asked me to please stop helping. pic.twitter.com/88pGGzjwCE

Here is some cartoon intros and anime OP for you to conclude this post:

Let’s forget about this first version of Sonic and pay attention to the improved version.

Let’s do this again next Friday!