Thank God it’s (Good) Friday! Welcome back for another fun-filled Friday. It’s me Matthew and I am here to add some fun on your Fridays. Before we begin, I will give you some quick news and after that, you can look at memes. Today is the official global release of Final Fantasy VII Remake video game. Despite COVID-19, Square Enix are hoping to release the game as soon as possible. If you pre-ordered digially, make sure you pre-load the game so can play on day 1. The game is going to be 100 GBs, so be prepared to clear out data in your PS4 or buy an external drive. Final Fantasy VII Remake is a remake of he 1997 video game from the PS1. Despite the title stating it’s a remake, this game will also be entirely new as Square Enix promises new content and story elements that wasn’t in the original. If you are new to the game series or a veteran, you can jump right into this game. However, this game is also going to be episodic meaning that this remake classic is not going to cover the entire Final Fantasy VII plot. This game that is being covers only the story of Midgar. If you already have the game, don’t spoil this any newcomers. Despite Final Fantasy VII being a classic game that was released in 1997, this game does have something new to fans, so please don’t spoil the new stuff. Besides games, today is Good Friday! For Christians, this is the day when our Lord and Savior Jesus Christ died on the cross for our sins. On Sunday morning, He was resurrected and conquered death. Jesus made the way and made it possible for us to come to Him and accept the gift of paradise. It’s your chance to accept Jesus and accept Him and be in the presence of God. Last but not least, Disney confirmed that the live actions movies such as Mulan and Black Widow will be pushed back for later months of 2020. Black Widow will be out  in November and Mulan will be released in July. The movie Artemis Fowl will be released in Disney plus instead.

Don’t forget that you can show your support to my blog by donating at my Ko-fi page: 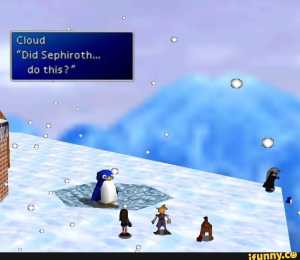 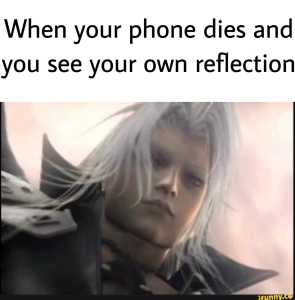 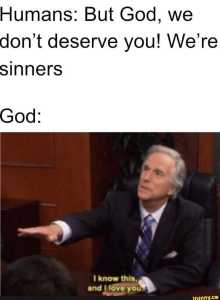 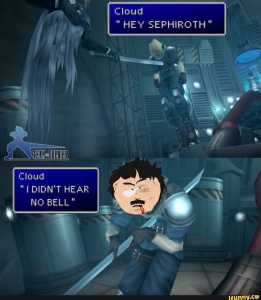 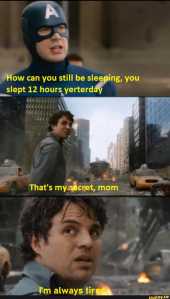 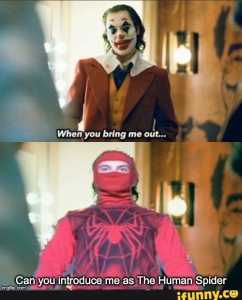 Kid complaining about the #PS5 controller will never know the true struggle of the PS3 days…Never Forget… pic.twitter.com/iKxND6JMSs

My friend made a joke that FF7 fans love Tifa so much that if the box art was just her 4K HD quality lips, they would be equally excited pic.twitter.com/cjwH0zLN98

Cloud got an absolute glow up pic.twitter.com/AIEV7wqHaJ

FF7 fandom: Why the hell is FF7R taking so damn long?

Nomura: Do you want to see Cloud’s blood vessels and individual eyelashes or not? pic.twitter.com/2OZKQxM6ao

Terry: I got over 50 music worthwhile tracks, how much do you have Cloud?
Cloud: ……2 pic.twitter.com/lPK8rIUCQV

Gonna tell my kids this was Cloud Strife pic.twitter.com/EtwLdU3080

I’ve never seen a cuter thing in my damn life.

Here is some Final Fantasy VII videos to hype you for the Remake:

See you around. Make sure you save some butterfingers. God bless you all!

2 thoughts on “Friday Funny 260: Remake the classics for a touching reunion”