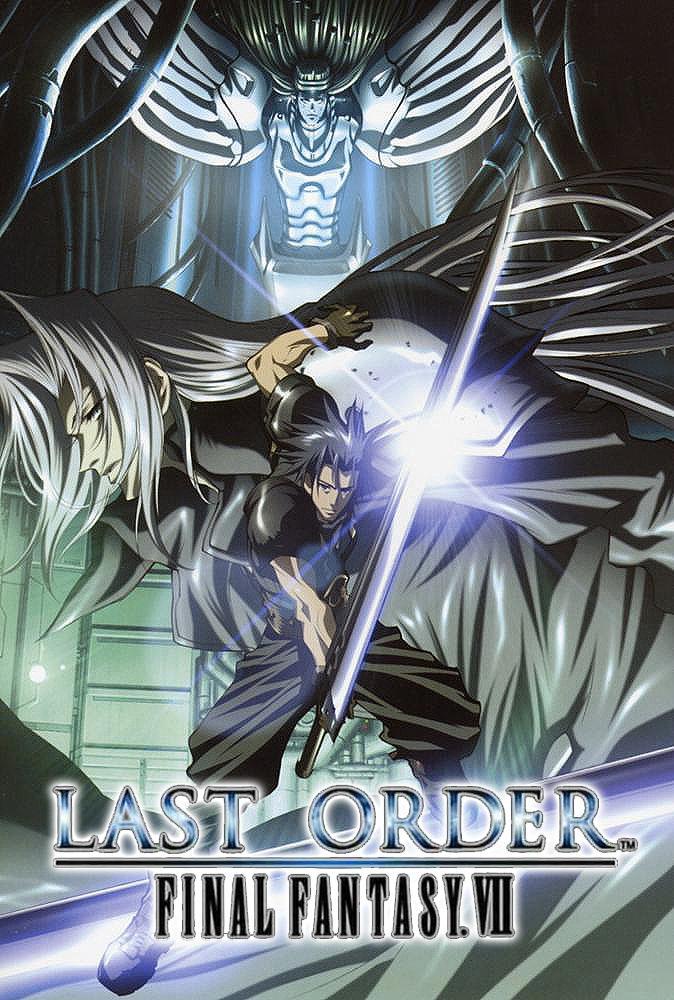 The plot of Last Order encompasses two events that occurred before the main events of Final Fantasy VII. One storyline revolves around the Nibelheim scenario that focuses on Zack Fair, Cloud Strife, Sephiroth and Tifa Lockhart. The other event follows Zack and Cloud as they run from the megacorporation Shinra. The OVA cuts back and forth between these two flashbacks, linked by the narration of Turk leader Tseng and his reflections on the Nibelheim event. Originally meant to focus on Zack, Last Order highlighted Tseng’s feelings and position in the Shinra company, as well as his moral values.

If you want a spoiler-free review, click this highlighted text below to read my review:

Also, please support my website by donating at Ko-fi:

Here we go again; time to remake this review

As a way special way to celebrate the official release of Final Fantasy VII Remake, I decided to re-watch the anime OVA of Last Order: Final Fantasy VII and do a spoiler review. My spoiler-free review was made in October 9th, 2015 way back when I started my review business. This anime is an OVA created by Madhouse Studios (same company who worked on anime like Death Note, One-Punch Man season 1, and Black Lagoon). This OVA can be viewed if you bought the Final Fantasy VII: Advent Children Limited Edition Collecter’s Set or if you bought the regular digital version of Advent Children from Movies Anywhere. Unfortunately for Movies Anywhere, this OVA is in subtitles and there is no option to add captions. Unless you can understand Japanese, you are better off watching this online in YouTube with subtitles.

The plot of the OVA focuses on two different characters each of them having different plots. We have the Turk leader Tseng who illustrates the infamous Nibelheim attack caused by the Shinra’s hero Sephiroth and his quest to find his “mother” and then we have Zack’s story and how he is trying to escape with Cloud from getting captured and killed by Shinra. During the Nibelheim attack, we see Sephiroth going insane and destroying Cloud and Tifa’s home village for his own personal goals to finding his “mother” and going to the Promise Land. Tifa, seeing how the destruction is being caused by Sephiroth, blames not him and even Shinra for taking the lives of innocents and tries to fight Sephiroth. Zack and Cloud shows up to stop Sephiroth but it appears he is too strong to be stopped even from a first class SOLDIER like Zack. However, Sephiroth did not expect a grunt like Cloud to hurt him. In Zack’s story, we see Zack carrying the comatosed Cloud and trying to reach Midgar without getting captive by Shinra. The OVA ends with the Turks finding Cloud and Zack on the way to Midgar with a sniper scoop aimed on Cloud’s head. Any fan of Final Fantasy VII would know that this would later hint the tragic fate of Zack.

If you thought the Final Fantasy XV anime looked good, Last Order was one of the earliest Final Fantasy anime with nice animation and impressive storytelling. Unless you played the original Final Fantasy VII game or the prequel game Crisis Core, you might get a little lost on where does this fit into the main game. Like mentioned, this game focuses on two main characters each giving us two different point of views. We have Tseng talking about the Nibelheim incident and how dangerous was Sephiroth and the damage he has done to the people around him. We have Zack focusing on survival and trying to help his friends. If you have some knowledge of Final Fantasy VII, the story is easy to follow. We get to understand the thought of Tseng from his thoughts and see Zack’s character through his actions. The animation of LO is actually really good. I think Madhouse did an excellent job on animating the fight scenes and the characters. I only wish this OVA was given the Brotherhood: Final Fantasy where we got a short series focusing on Zack like Crisis Core and the rest of Shinra. This OVA assumes you already know Final Fantasy VII and it makes you jump right into the action. I know you can already learn about Shinra from playing the games like Crisis Core, but I wish for the anime, we got some narrative at least on the characters during the Nibelheim attack. For example, I would like to see Zack and Sephiroth first meet Tifa or Zack and Cloud talking about being a SOLDIER. There is one particular scene I like from Crisis Core that I like better than the OVA and is the moment where Cloud fights Sephiroth for the first time at the Mako Reactor. In the OVA, after getting attacked y Cloud, Sephiroth willingly jumps into the reactor and disappears. In the game, Cloud retaliates after getting stabbed by Sephiroth and sends him crashing down to the core. In short, the game version made this scene epic and thrilling.

Despite this OVA being released years ago, it is actually fun anime to watch and it’s not that long. For about 25 minutes, we get to see a nice animation of Final Fantasy VII with brief premise that would lead on to the Final Fantasy VII main story. Visually, the animation in characters and fight scenes are one of the best  selling points. It was interesting to see how the OVA wanted to focus on two main points regarding the tragedy and the characters involved. The anime is really short and it assumes you already know the game’s main story. Due to the anime length time and if you don’t know Final Fantasy VII, you might still be asking questions on who is the characters and where the story take you once this is over. Still, it is nice to see some sort of anime adaption of Final Fantasy VII.

What do you think of the OVA? Comment down on your opinions.