We are in the midst of a pandemic which has led people to live in fear and anxiety over the coronavirus. For this month, rather than seeing the dark side of the situation we are living in, we will be exploring anime and other pop culture mediums that bring hope for humanity and why they have such a positive impact on us.

2020 hasn’t been the best year for everyone. From almost risking the chance to World War III and the death of basketball player Kobe Byant, it feels like things are only going to get worse before it gets any better. March is having its worst moment in human history has the virus COVID-19 has spread all over the world. This virus is deadly to anyone above the age of 65 and it could also attack young people. The virus originated from China and it has the potential to attack people’s respiratory system. This virus is so deadly that people are panicking and isolating themselves from the world. People are fighting for supplies and only a few people are barely surviving what they have. You hear this on the news by names such as COVID-19 and coronavirus (President Trump calls it the China Flu). President Donald Trump states that this virus is an invisible enemy that can not be easily fought and it has attacked the people we care. This virus is a big deal to some as business are forced to close down leaving people jobless and kids are forced to do online classes. However, despite this scary news, we need to reassure people that there is hope in this troublesome times. In the eyes of the Christian, it’s our job to pray for the world and the people. We have to be the lights of the world and bring comfort to those who are filled with anxiety and stress,

In this post, I am going to be talking another video game where even a superhero has to fight to save the population. Not even the might Avengers can fight back.

Marvel Spider-Man: Be a greater hero

Released in 2018, Insomniac Studios released a Marvel video game for PS4 where players can play as the webbed-slinger Spider-Man. However, this game is an original story and it doesn’t follow any of the Sony’s movie. The game is about Peter Parker who has to protect New York from evil criminals who wants to pick on the weak. He fights many people like Kingpin, Shocker and even Mister Negative. With the help of his friends like Yuri Watanabe Mary Jane and Miles Morales, Peter will do whatever it takes to protect the Big Apple.

*WARNING: If you have not played Spider-Man, you will be spoiled!* 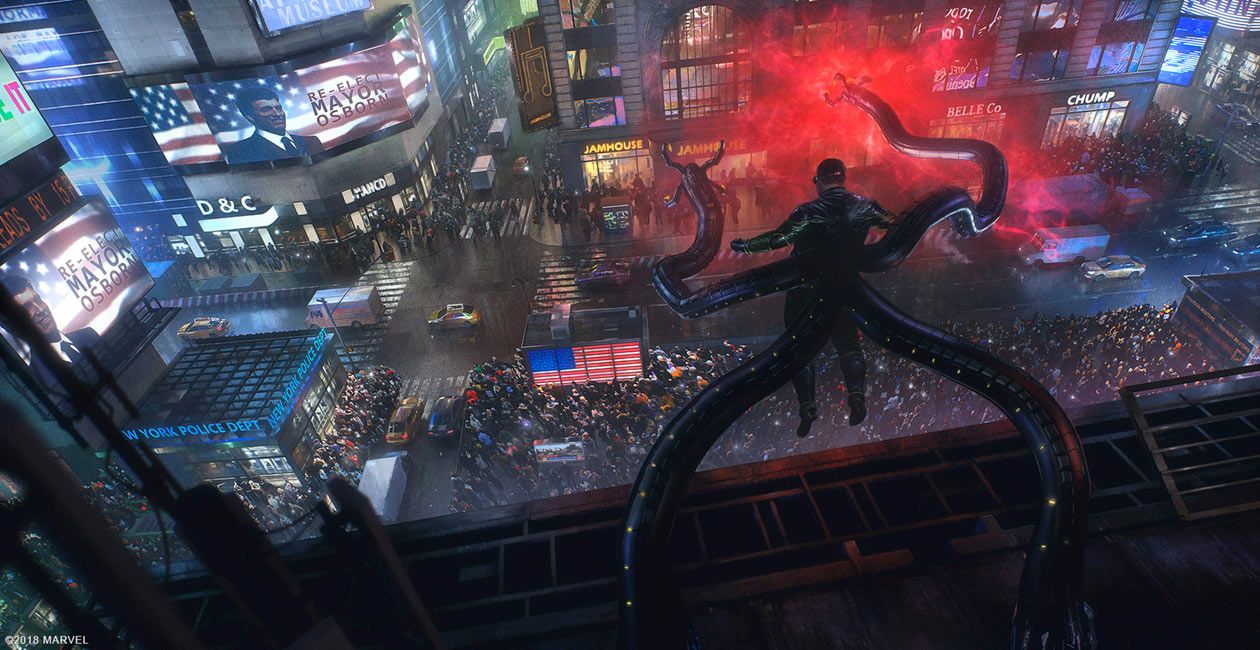 Spider-Man is in the fight of his life when he not only has to fight his enemies, but he also has to stop the deadly Devil’s Breathe from killing the population. The Devil’s Breathe is an immature medical serum that is supposed to be used to heal incurable treatments. It was created by mayor Norman Osborn and it was called GR-27. If handled and developed correctly, GR-27 is suppose to a helpful medicine. However, if using this serum while it is imperfect could lead to dangerous results. This serum would also become a biochemical weapon if used for the wrong reason. He got started on this after losing his wife from a terminal disease and he finds out that his son Harry Osborn inherited the disease. Like a carrying father, Norman went through risks and testing in order to create the serum. However, Norman did some shady activity when doing these experiments that would later create enemies of Spider-Man. He tested this serum on the young Martin Li and the results was deadly. Martin Li would become Mister Negative and his negative powers ended up killing his parents. Norman also worked with this project with Dr. Otto Octavius which would later begin the friendship with them and create Oscorp. However, due to Norman’s behavior and actions such as Martin Li, Otto left the company and started his own and thus ending the friendship. To add fuel to the flame, as time passes, Norman used the power of his leadership to cut the budget on Otto’s own company. This meant that Otto is force to shutdown all projects and this left Peter, who was working with Otto, jobless. 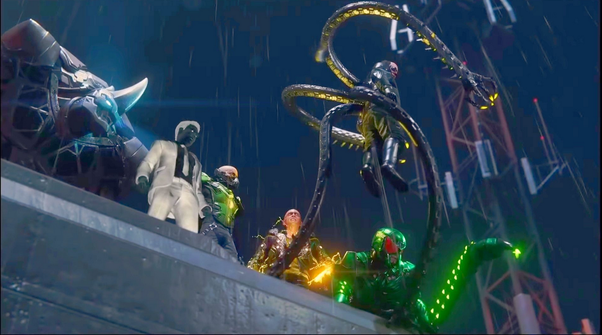 Filled with anger and revenge, Otto gathers up New York’s deadly enemies and forms the Sinister Six to get revenge against Norman Osborn. The Sinister Six is comprised of Vulture, Electro, Scorpion, Rhino, Mister Negative and the leader Otto, also known as Dr. Octopus. Otto even steals the Devil’s Breathe and plans to us to infect everyone in New York and expose Norman as evil as them. Spider-Man tries to stop them in his first attempt, but fails and almost getting himself killed. With Spider-Man out of the picture, Otto releases the Devil’s Breathe and infect everyone.

Dealing with an invisible enemy

Just like the real world dealing with the coronavirus, the Devil’s Breathe attacks the citizen’s of New York and everyone is suffering. Thanks to the Sinister Six, criminals from Raft has escaped and terrorizing the streets. Norman Osborn tries to combat the virus by calling in the silver hair mercenary Silver Sable to protect him. Under her authority with permission of the mayor, Sable and her troops are arresting citizens who may have the virus in them and it’s their job to protect the mayor. To make matters worse for Spider-Man, if Spider-Man interferes with Sable’s mission, he will be branded as a criminal.

A little hope can make a difference 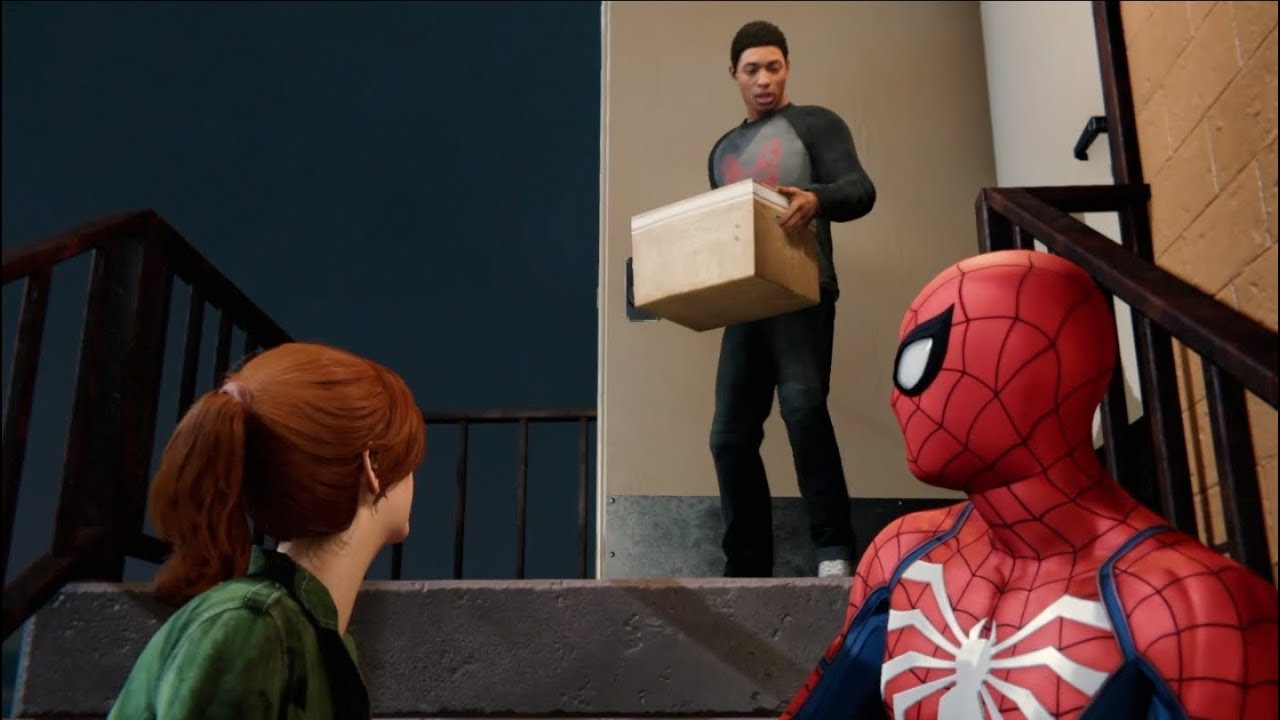 Despite dealing with a dilemma that could take millions of lives, there are people out there fighting to save the many. Peter’s Aunt May sacrifices her time and health to preserve the lives of the infected in her shelter home. Miles risks his life to gather supplies by infiltrating Sable’s troops and almost getting killed by one of Sinister Six. Mary Jane sneaks around Sable’s troops and Osborn’s place in order to find the Devil’s Breathe lab in order to counter attack the virus. As always, Spider-Man gets back in the ring and fights each member of the Sinister Six.

With everyone working together and getting close to stopping this outbreak, Spider-Man has one more mission: stopping his mentor’s mission of revenge and retrieving the antidote. By using Otto’s technology, Spider-Man creates a suit that allows him to combat his dangerous robotic tentacles. During the fight, there is no jokes or witty comments from Spider-Man, there is only a young man who has to fight and defeat the teacher that encouraged him to be greater. After defeating his mentor, Peter has the antidote and he plans to save New York from the Devil’s Breath, this includes his aunt. However, due to having the antidote, Peter finds out that the antidote is not enough, unless the doctors are given enough time to save many and to make it worse, Aunt May’s health is deteriorating rapidly. Peter has two choices: save his aunt and lose many of New York’s citizens or lose Aunt May and save the many. With a last heart felt moment with his aunt, Peter decides to let May die and save everyone. Spider-Man saved New York, but it costed him the closest people in his life.

Conclusion – To find hope, you have to be a hero

We are living in a scary time right now in human history. This is a war that is costing people’s lives and the enemy is invisible. COVID-19 is a virus that has infect all over the regions of the Earth and this virus separated the lives of many, took away education and even forced business to plummet. It is easy to give up, but once you accept defeat, you loose the will to continue to move on in life. Despite COVID-19 hurting everyone, we can still muster up the strength to help one another. Spider-Man may not be an Avenger, but he will fight for what’s right and protect his city. Even with a virus attacking people, criminals on the loose and unleashing destruction and misusing of authoritative power, Spider-Man will not stand and see his city turn into ashes. Even a superhero needs help and it doesn’t have to be a sidekick. Spider-Man has his friends like Mary Jane and Miles to do the things he can’t do on his own. With no superpowers, MJ and Miles does whatever it takes to getting the city back into order. Just like these two, Aunt May doesn’t have powers like Spider-Man, but she should be called a superhero for giving up her life to save others. If we all work together in this pandemic, we could show hope to the needy and we would all be heroes. The ones that have to sacrifice their time and life for this COVID-19 outbreak are the ones that have to work such as essential workers and doctors. Everyone has a special power and if we all used it right now, we can fight off the darkness of this world and brighten up hope for a better tomorrow. Just like Spider-Man’s web and how it may seem small and barely visible, a small chance of hope can turn the tides of a real bad event and bring peace.