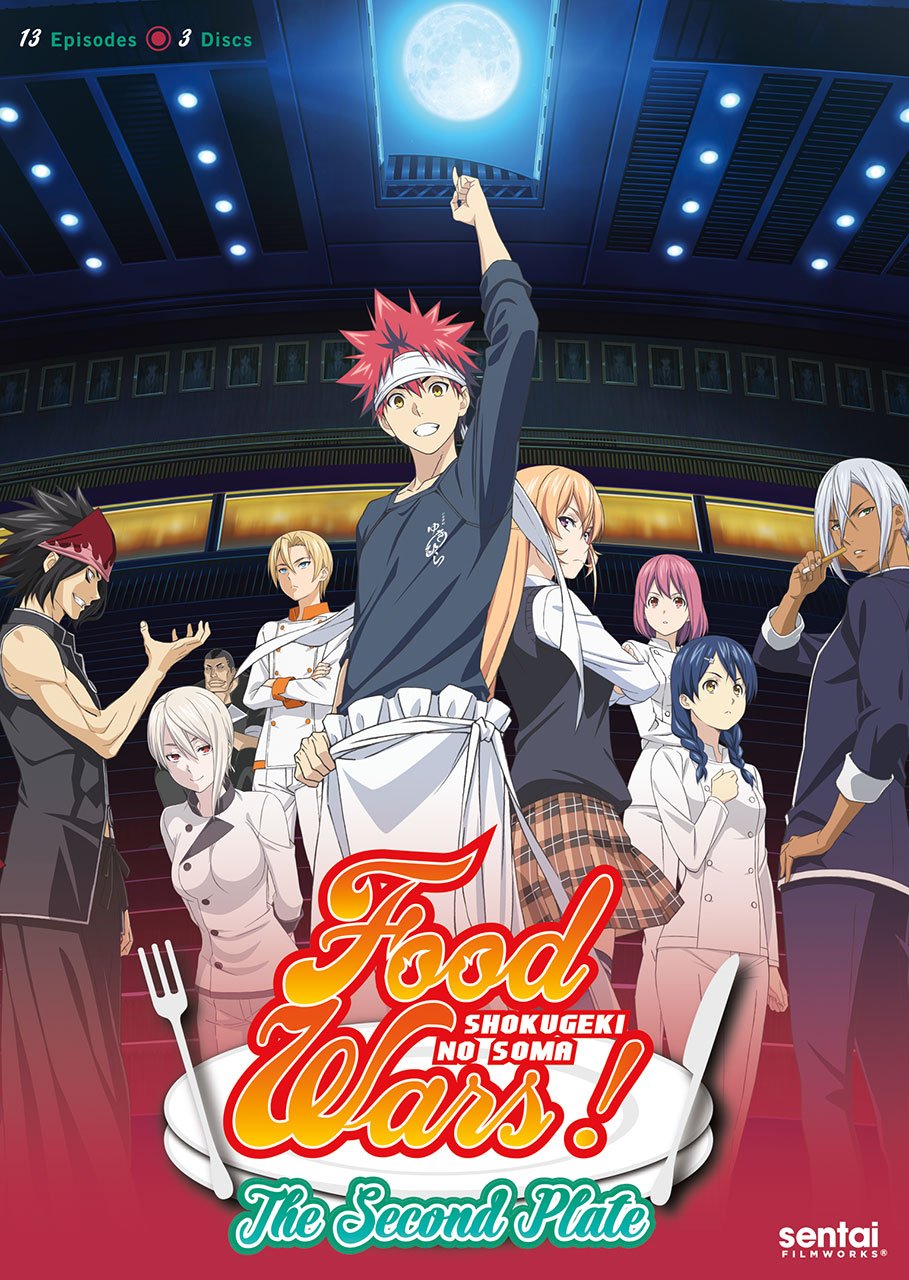 At the Tohtsuki Culinary Academy, the first rule is survival of the fittest, and if you don’t have what it takes to become a master chef, you need to get out of the kitchen before you get burned. With the wheat of first-year students separated from the chaff, cocky former diner cook Yukihira Soma is one of the handful of kitchen whizzes still standing.

As the next round of the Autumn Elections gets underway, can he survive a brutal bento boxing match with the chemistry-obsessed granddaughter of the Academy’s director? And which of the other contenders; Megumi, Ryo, Akira, Hisako, Takumi or sinister dark-horse Subaru; will advance to fight for the gold medal? Get ready for another cut-throat season of eat, beat, and defeat!

Feel free to donate at my Ko-fi if you want a shout-out in my next project article.

I also want to thank Michael Kelly for donating at my Ko-fi. All donations is appreciated and feel free to follow Michael Kelly at their blogs.

END_OF_DOCUMENT_TOKEN_TO_BE_REPLACED

With COVID-19 affecting every business in the world, this makes things hard to do normal activities. This pandemic has also affected in the entertainment section in the world such as movies and anime. Unfortunately, this affected some new anime seasons in which they would be released in later 2020 in summer and fall. For example, the final season of Sword Art Online Alicization War of Underworld was planned to be streamed in the spring, but it got pushed back to summer instead.

Fortunately, we did get some news from the team who is making the final season. According to sources from Crunchyroll, the official Dengeki Online Youtube Channel released a livestream revealing some information on the anime. The livestreamed included Sword Art Online creator Reki Kawahara, Aniplex producer Masami Niwa and many more. Despite them having to stay home, they are constantly working hard and creating the anime’s episode by working on the script, storyboards and animation. Even with COVID-19 affecting work, the team is working hard to bring this anime season to life and hopefully release it in July.

As a way to promote people to stay home, the official Sword Art Online website is allowing fans to download a wallpaper featuring Kirito and Eugeo. In this wallpaper, it says “Stay Home.”

If you’re staying home and want to get excited to see the final season of the war in Alicization, feel free to binge watch the Alicization arc.

Whether if you already bought the movie in digital or debating on getting the movie in physical release, GKIDS has something in stored for people wanting to get a copy of the movie Promare. It has been revealed online this weekend that GKIDS will be releasing a collector’s edition of Promare. However, unlike the the other versions, the collector’s edition will have bonus extras that are different the other versions. This editions will have many extras such as soundtrack CD, posters and stickers  and a copy souvenir script. So far there isn’t a confirmation to pre-order this edition. It is also revealed that if want to snag this version, the collector’s edition will be released on August 4th. The standard DVD/Blu-Ray is set to be released in May 19th and the digital is already available for purchase. Best Buy is selling their version with a steelbook case.

This too-hot-to-handle set includes special collectibles like Hiroyuki Sawano's blazing original soundtrack on CD and a souvenir script in addition to the bonuses on the standard release.

Are you getting this movie? If so, which version do you want to get?