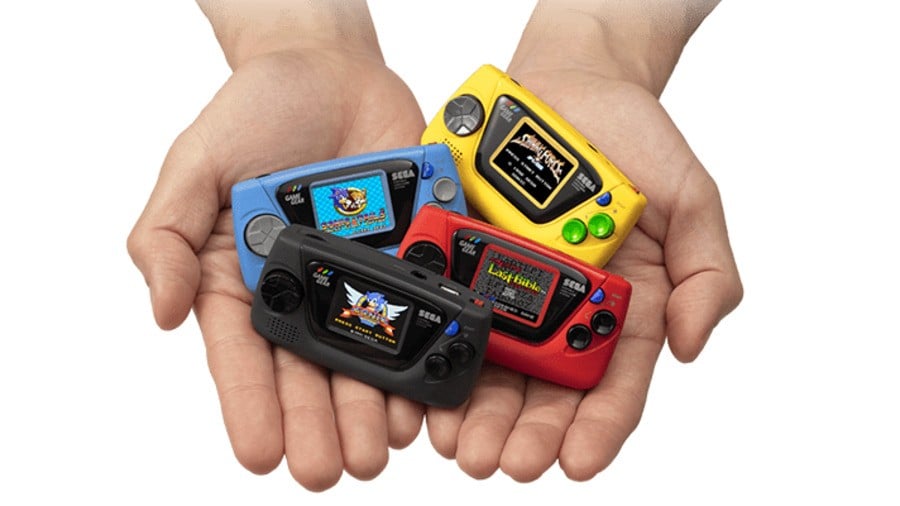 Remember the Sega Geneis Mini console, Sega is back again with re-releasing miniature versions of gaming consoles. Instead of a console, Sega is bring back the portable Sega Game Gear. According to IGN, as a way to promote the 60th anniversary of SEGA, the company announced the Sega Game Gear Micro. For now, this mini console is going to be released in Japan on October 6th with a price of 4,980 yen (roughly equates to £40 or $50); there is no news for a global release. This game is the size of  person’s palm and this game includes a headphone jack, a USB charge drive and two triple AAA batteries. There are four colored Game Gears each with different games installed.

I will keep you guys updated if there is any news for a global release. What do you think about this Game Gear Micro?