Back in June 24th, Marvel and Square Enix revealed new gameplay of the upcoming Marvel’s Avengers video game in their War Table event. The gameplay showed gameplay of Thor, the game’s antagonist MODOK and co-op missions. Today, Marvel is going to be releasing new information near the end of July. On July 29th, a second War Table will be streamed online at 10 AM PDT. According to Marvel site, it looks like we might get upcoming details such gameplay and beta testing. To those who pre-ordered the game, you will be given access to the beta depending on the platform. August 7th will allow PS4 users to access the beta, while Xbox One and PC will have to wait until August 14th. August 21st is going to be an open beta. 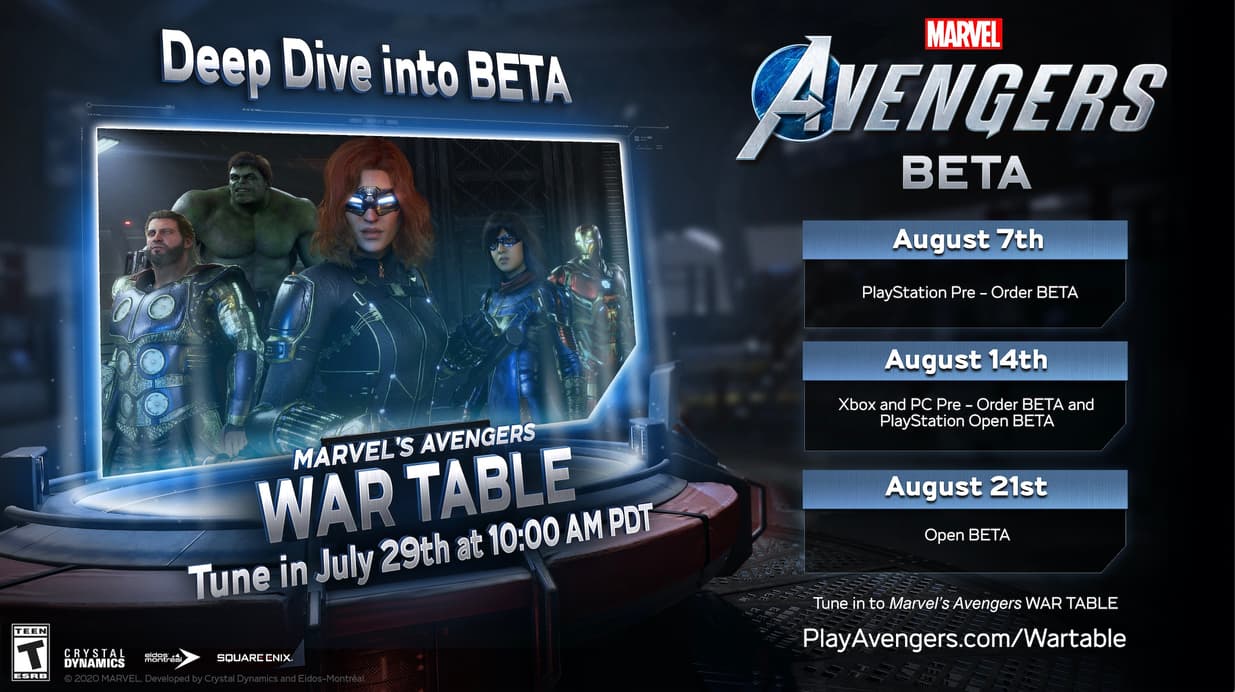 Mark your calenders and save room for your platform and be prepared for more info.