Excelsior! Welcome back Marvel fans for more news. I know 2020 has been a rough year for all of us and we need some good news to balance out the bad stuff. Fortunately, Disney got some news for us. Disney released a trailer for the upcoming TV show WandaVision. This is a TV series in which will be streamed via Disney Plus. This show will focus on Scarlet Witch and Vision trying to live life as a happy couple in a suburban area. However, things aren’t what they seen when this couple go through changes to mirror the likeness of sitcom shows.

There is no release date yet, but it is hinted that this show is coming very soon this year.

Despite not getting MCU movies, Disney promises to give us these movies next year. 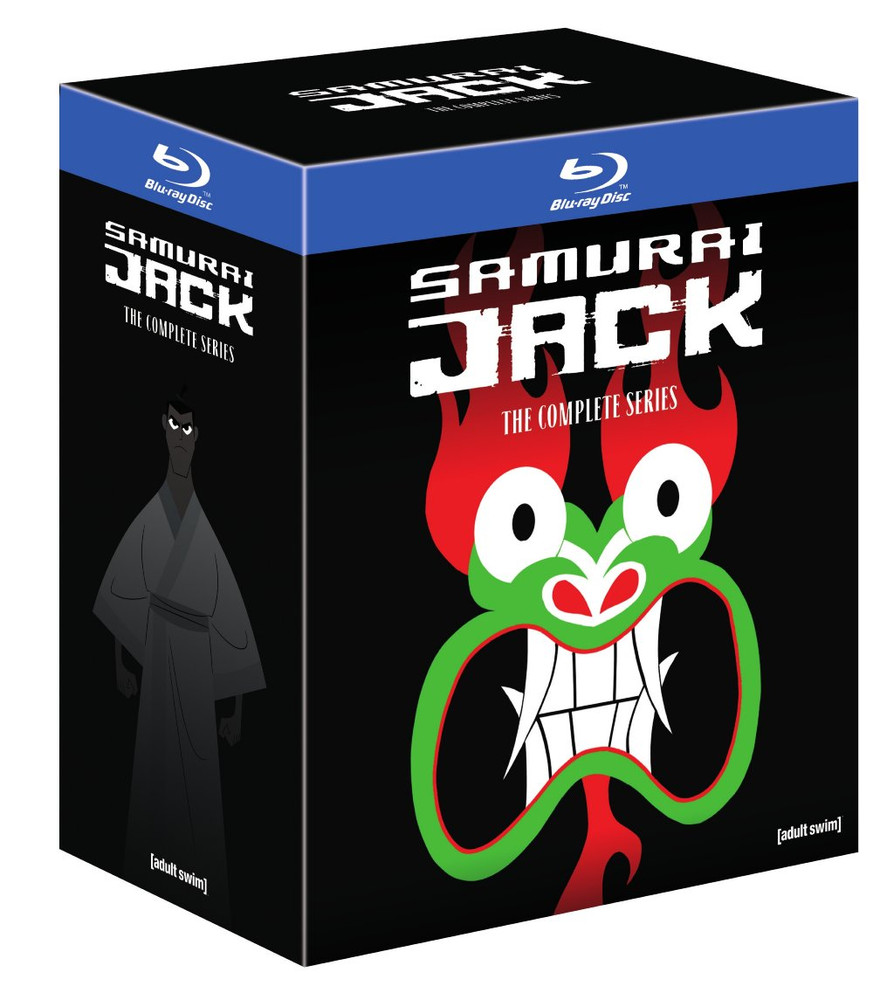 Anyone remember watching Samurai Jack on Cartoon Network and Adult Swim? After a long time waiting for the show’s grand finale, Adult Swim and Warner Bros finally released a complete Blu-Ray collection of Samurai Jack. In case you didn’t want to collect the individual DVDs, you can get all five seasons in Blu-Ray. I bought my copy this month from Walmart for about $50. In this post, I want to talk about what I got from this Blu-Ray collection.

First, the collection is not what it seems in pictures online. It is in a box set, but the DVD cases are in a slipcase in which you easily remove. In this picture above, it looks like a typical box set, but if you see it first hand, the entire box is just a slipcase. In front of the box, we have the show’s antagonist Aku and on the side, we have Samurai Jack with a shiny metallic material on the eyes. It’s actually pretty creative as his eyes shine and his entire body is dark in contrast. The back of the box has the collection’s features and the list of seasons. Seasons 1-4 has 13 episodes and season 5 has 10 episodes.

When you open the case, you have five the cases and a metal art print. The art print has the iconic battle between Jack and Aku in the first appearance. The cases on seasons 1-5 is also really cool as it highlights iconic moments and themes in show. We have moments like Jack facing Aku, or Jack fighting the shadow ninja robot. Despite Jack not wielding his sword with his beard appearance in this season 5 cover, the picture you see shows that season 5 got darker and violent and it highlights the content difference than the past seasons.

It’s also funny how the fourth season has a misspelling. Instead of saying fourth season, it says fourtt season.

The Samurai Jack collection has a misspelling. Fourtt season 😂 pic.twitter.com/YQLbzNmemm

That’s the end of the unboxing. If you have the money to spend for this action packed, cartoon, you should get it. If not, look for the individual DVDs to save money.