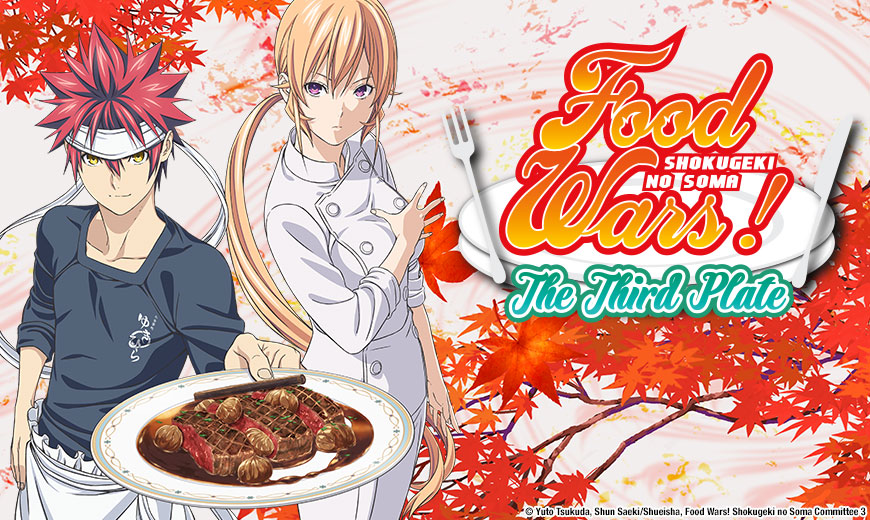 Looks like another anime returning back to Toonami. Just like Black Clover, another Shonen Jump anime title is coming back to TV. It has been announced that the cooking, fanservice anime Food Wars is coming back and this time, the third season will be aired on TV. According to the schedule posted on Twitter, this anime is going to replace Assassination Classroom. This anime will be on TV on February 27th at 1 AM (depending on your time zone).

BREAKING NEWS: #FoodWars is returning to #Toonami with Season 3 on February 27 at 1 AM. Full schedule is below. pic.twitter.com/3EyNOMvX9v

According to co-creator of Toonami Jason DeMarco, he is hoping to air the second season of Assassination Classroom soon. For now, Food Wars will take over the spot until we get news for the return of AC.

We do plan on bringing back the show for Season Two, for those who are wondering! hopefully sooner rather than later. For now, please enjoy more Food Wars! https://t.co/ybNh0juPie