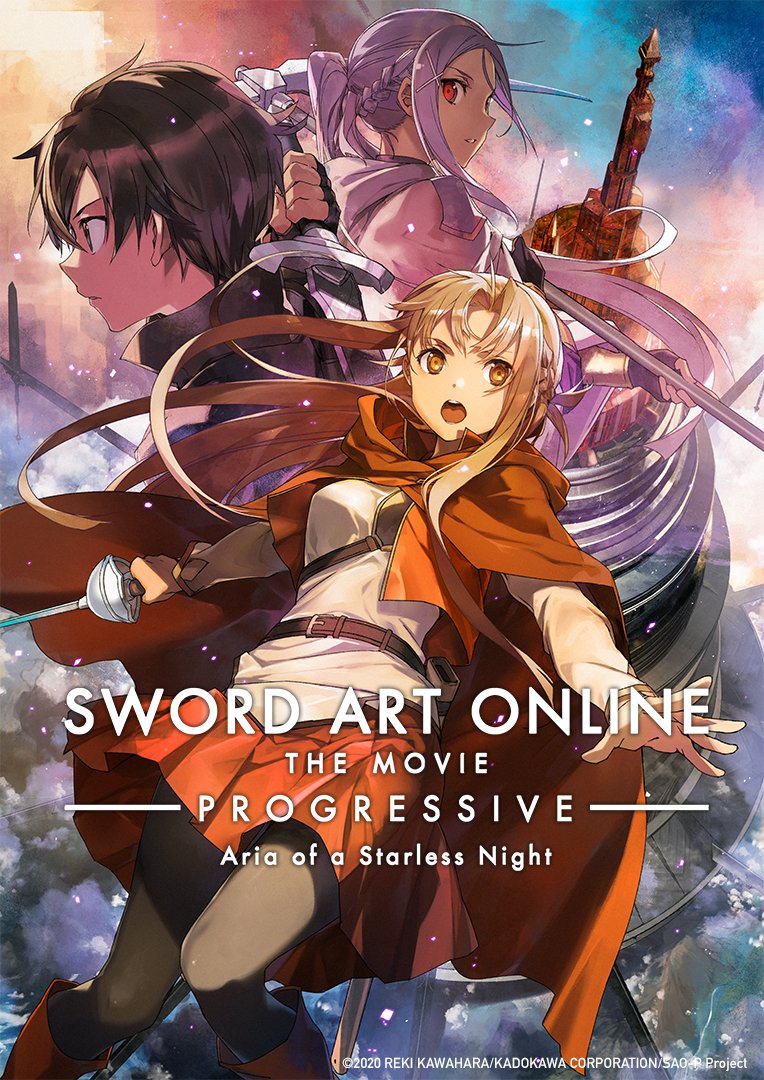 Even though Sword Art Online: Alicization is over, there is still more Sword Art Online for the fans. Announced before, there is plans of another Sword Art Online movie titled Sword Art Online the Movie – Progressive – Aria of a Starless Night. The movie will be based on the light novel Sword Art Online Progressive which is written by the same creator Reki Kawahara and the plot of Progressive is a retelling of the story of Aincrad where Kirito, Asuna and many others was trapped for two years. The movie will be released in theaters in Autumn 2021. Revealed in this new trailer, an original anime character will be joining the movie named Mito who will be voiced by Inori Minase (same voice actress who voiced Rem from Re:ZERO – Starting Life in Another World -). I will try to keep you guys updated on the movie news, but know that it’s going to be on the fall this year and let’s hope there won’t be any delays from Covid-19.