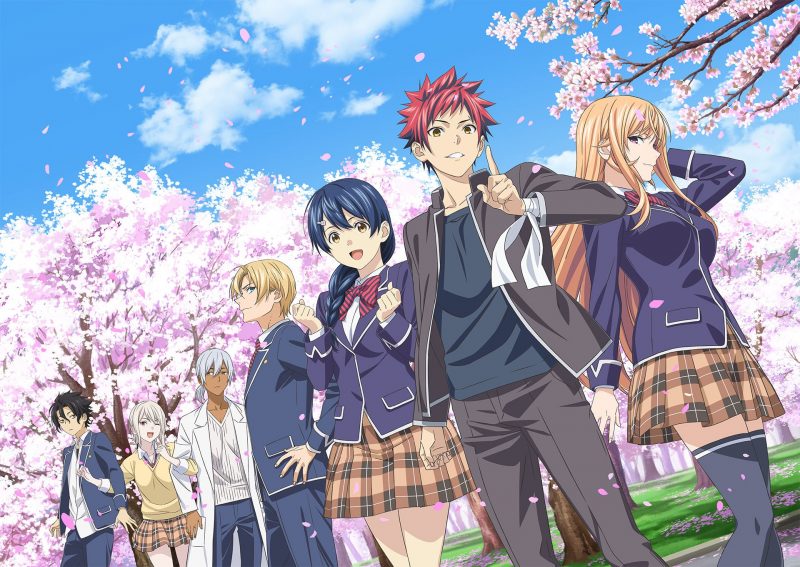 Hope everyone is enjoying Saturday nights because this cooking anime is going to be striking when the iron is hot. Besides the new Crunchyroll and Toonami anime, Fena: Pirate Princess, Food Wars season 3 has ended on Toonami, but will be back again with season 4. Revealed in a trailer, Food Wars season 4 will be premiering on TV on August 21st (or also on August 22nd).

Here is the new schedule for the weekend:

The anime Food Wars is currently on its fifth season. If this keeps it up, we might be able to get the fifth season on TV as well. If you already seen the fourth season before, don’t spoil the story for newcomers.