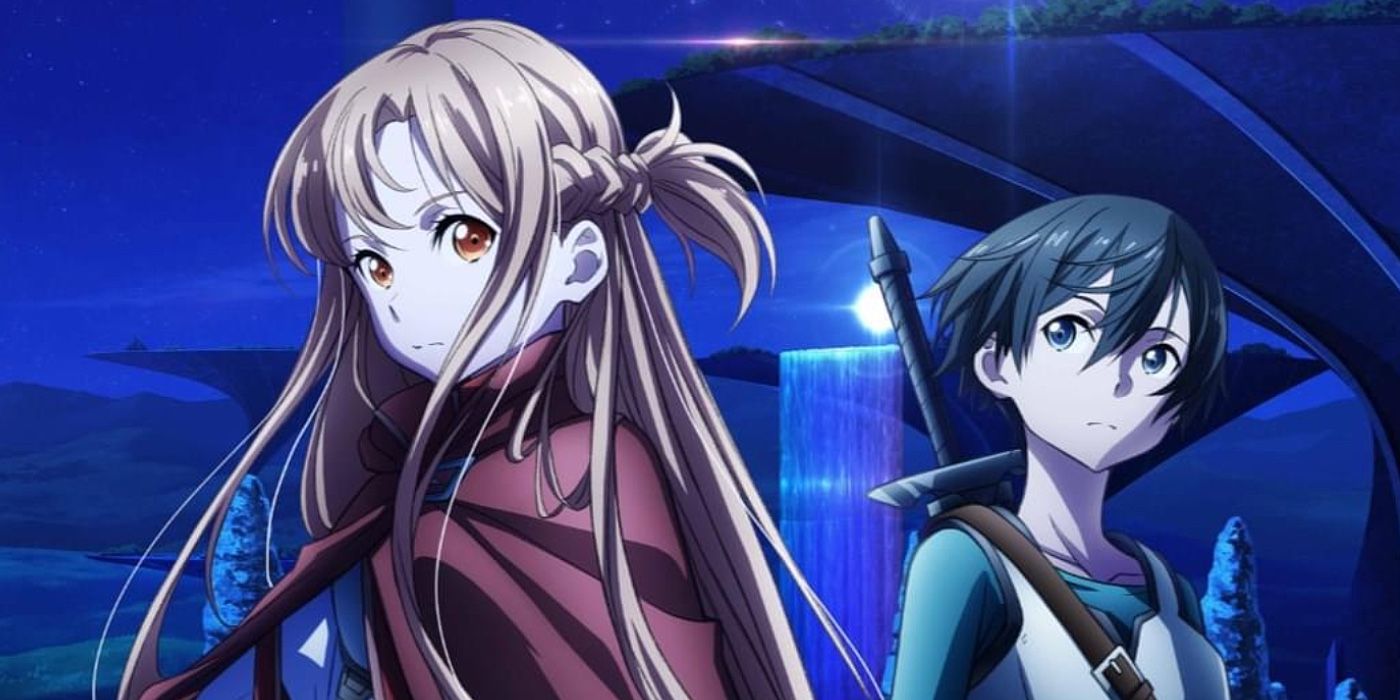 In case you forgotten about this movie, Aniplex and Funimation is here to remind you. The upcoming movie Sword Art Online the Movie – Progressive – Aria of a Starless Night is coming to theaters and IMAX on December 3, 2021. The movie will be shown in English Dubbed and Subbed. You can order tickets ahead on November 5th. Fans in the United States and Canada will see this on December 3 and fans from Latin America, United Kingdom and Ireland will see this movie on December 9.

#NEWS Sword Art Online the Movie -Progressive- Aria of a Starless Night is coming to theatres and IMAX subbed and dubbed on December 3, 2021!! ⚡

The day that she happened to don the NerveGear, Asuna Yuuki was a third-year middle school student who’d never even touched an online game before.

On November 6, 2022, the world’s first VRMMORPG, Sword Art Online, is officially launched. But the players, still euphoric over having logged in, suddenly find themselves trapped inside the game when the Game Master deprives them of any way to log out.

The Game Master then gives them this warning “This may be a game, but it’s not something you play.” If a player dies in-game, they die in the real world.

Hearing this, all of the players panic, and pandemonium reigns.

One of those players is Asuna, but despite not yet knowing the rules of this world, she sets off to conquer the floating iron castle, Aincrad, whose peak is too high to be seen.

As the days go by in this world where death is never very far away, she has a fateful encounter. And then, a parting…

Though she’s at the mercy of the reality before her eyes, Asuna fights on with all her might, until someone appears before her: the aloof swordsman, Kirito…