Thank God it’s Friday! Welcome back everyone for another episode of Friday Funny. Today I bring you news and memes on this special Friday. Before we begin let me tell you the highlight news for this weekend. This weekend, we have the Marvel Cinematic Movie Doctor Strange in the Multiverse of Madness; the second Doctor Strange film. It’s been a long time since we had a Doctor Strange movie since 2016. When he is not starring his movie, he is helping the rest of the heroes fight Thanos or helping Spider-Man fix the Spider-Verse. In this movie, Doctor Strange and Wanda (Scarlet Witch) will be exploring the vast world of the universe. Now that we’re in May, get ready for some Disney content for your subscription. We have the live action Disney Plus movie called Chip ‘n’ Dale: Rescue Rangers in which will be streamed in May 20th and then we have the Star Wars series Obi-Wan Kenobi. This is a good time to get a Disney Plus account. I mentioned this before, but I am going to remind you again. After May 20th, Sega will be removing the Sonic games Sonic 1, Sonic 2, Sonic 3 and Knuckles and Sonic in all digital outlets. The only ones that will be safe is the Sega Ages versions, the app games and the Sega Genesis Switch Expansion.

Let’s have a strange day! 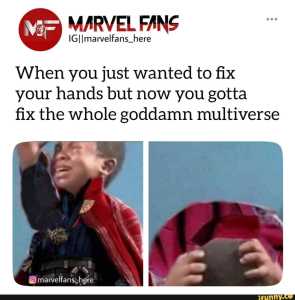 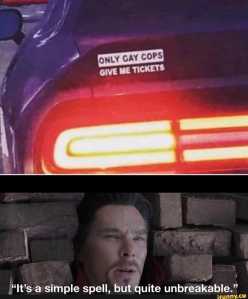 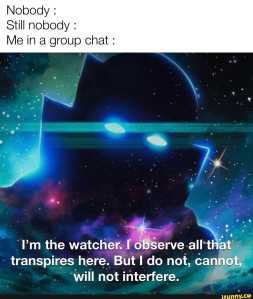 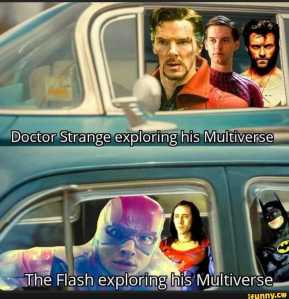 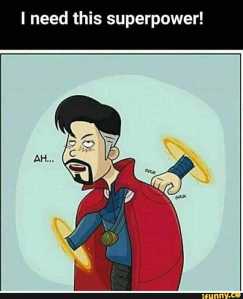 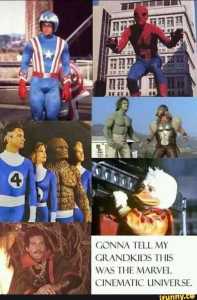 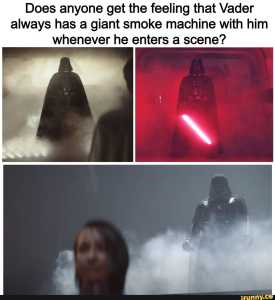 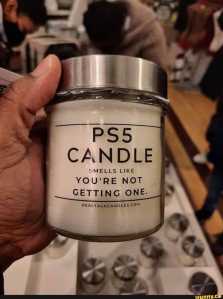 It’s been 20 years since Sam Raimi’s Spider-Man movie was released in theaters.

Audience Reaction to Sam Raimi’s Spider-Man in theaters on May 1st (2002) #20YearsOfSpidey 🕷 pic.twitter.com/Hu2uaTToT5

It’s been 20 years since #SpiderMan first swung onto the big screen, what memories do you have from your first time seeing the movie? #Spidey20th

Complete your Spidey collection – now on sale for a limited time at https://t.co/IHfiv5Rrm6 pic.twitter.com/DCxeLYDemv

“This is the Way” #TheMandalorian pic.twitter.com/bQT8Nm2eOX

That time Mr. Fantastic defeated Magneto with a wooden gun 😭💀

Spanish teachers when you speak English on the third day of class: pic.twitter.com/SWoOBZhkgp

May is going to be an interesting month. Happy Mother’s Day everyone on Sunday!

2 thoughts on “Friday Funny 368: Doctor Strange in a Small World After All”