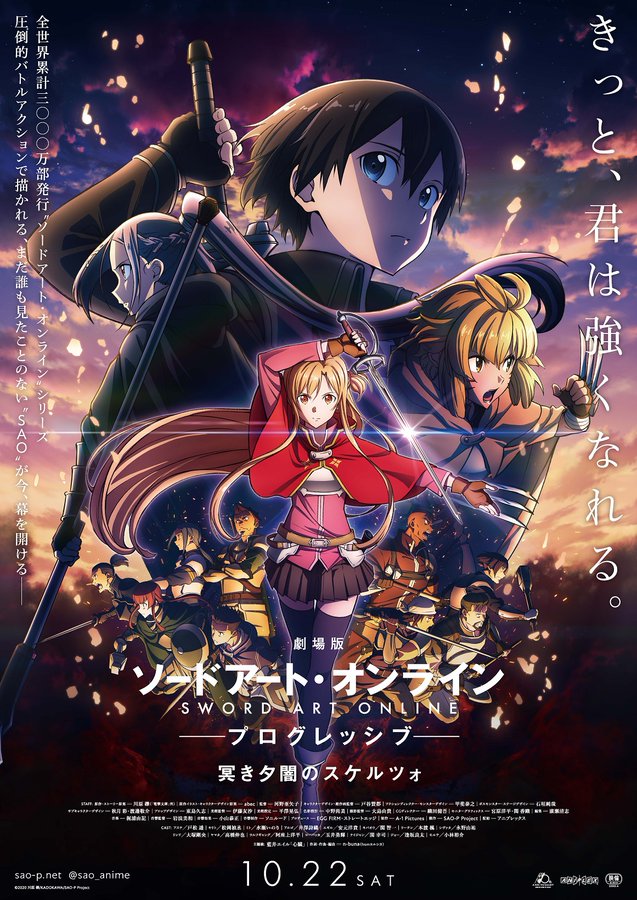 If you been wondering about the news of the sequel of Sword Art Online Progressive, I dug up some news. Originally, Sword Art Online -Progressive- Scherzo of the Deep Night was planned to be released in theaters on September 10. However, due to COVID-19 in the rise in the Japanese area, the movie is instead pushed back to a new date and it will be released in Japanese theaters on October 22. Also revealed recently is the new anime theme song for the movie. According to Aniplex and SACRA MUSIC announced that Japanese singer Eir Aoi will be lending her singing voice for the movie. The teaser trailer shows that the new song is titled “Shinzo (Guts).”

Scherzo of the Deep Night synopsis according to the light novel:

It’s been just two months since they were trapped in the game of death that is Sword Art Online, and Kirito and Asuna continue their struggle at the vanguard of progress through the game. The fifth floor of Aincrad is a mazelike ruin, and the two dare to take pleasure in raiding it for the treasure it contains. Upon returning to the fourth floor, it’s time to do some questing on behalf of the Elf Lord Yofilis–but here begins Asuna’s discontent, for in doing so they will have to face her least favorite monster ever…