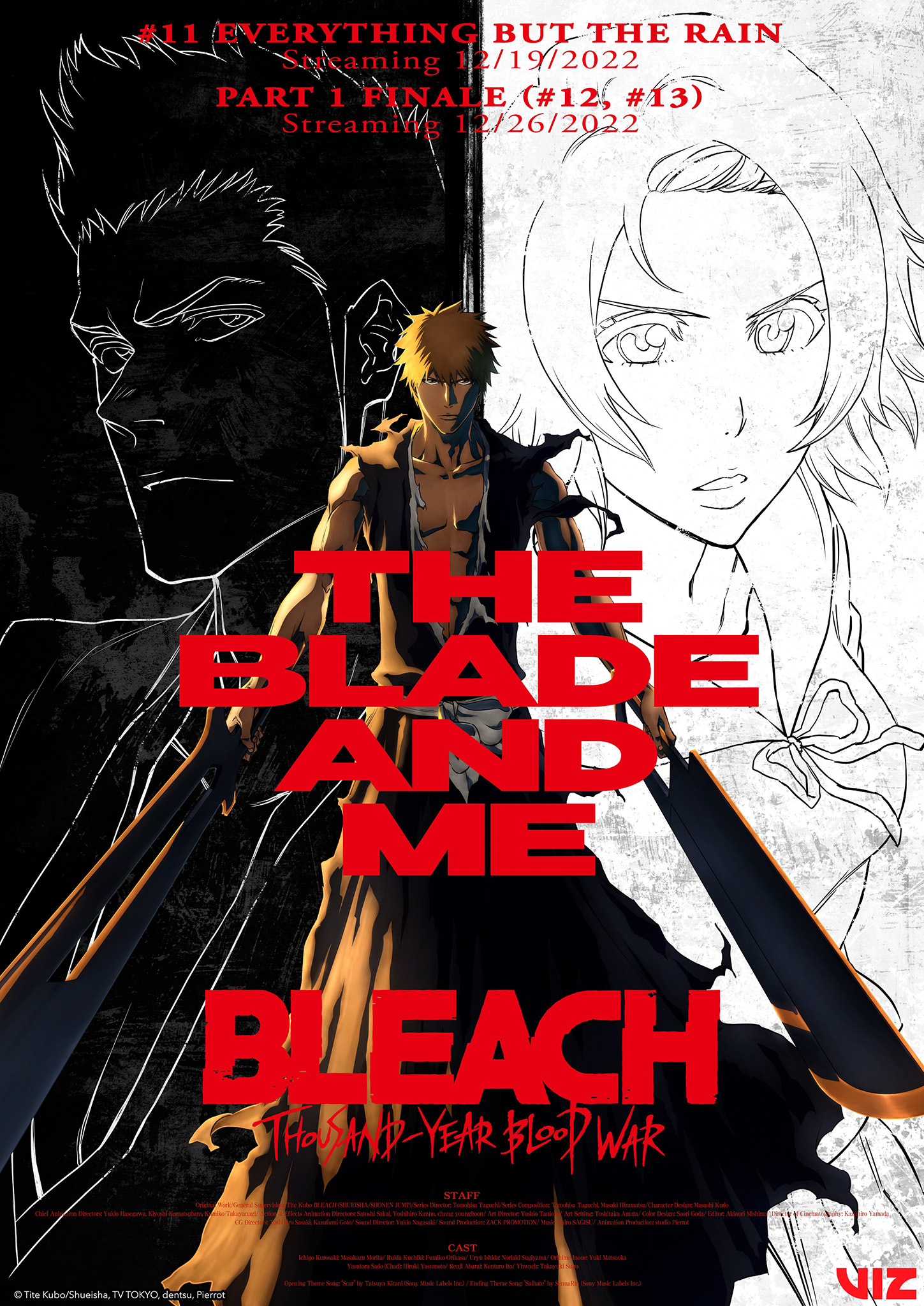 To Bleach fans, this maybe your late Christmas gift because you are going to be getting an hour of Bleach: Thousand-Year Blood War this Monday. If you been following Bleach: TYBW, new episodes are streamed every Monday on Hulu for North America and at Disney Plus in international regions. As we prepare to have one last Monday for 2022 and enter 2023, Bleach: TYBW will be streaming two episodes on the same day. This will also conclude the first part of the final arc of the anime. So after Christmas, fans can watch a whole hour of Bleach part 1 and be prepare for the next act of the Thousand-Year Blood War. The last two episodes will be on December 26th.

If you been following the series, have you been enjoying it?

Looking back on all that has happened so far in BLEACH: Thousand-Year Blood War! ⚔️🔥#BLEACHTYBW Part 1 Finale (Episodes 12 & 13) premieres on 12/26. pic.twitter.com/C4MGYcE4ac