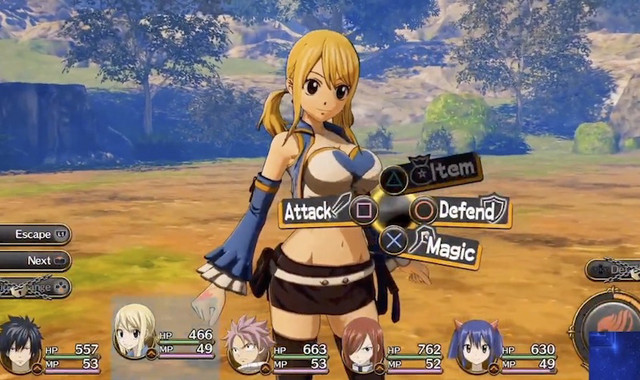 Fans, rejoice, especially if you are a Fairy Tail. It’s been announced that the Hiro Mashima’s series Fairy Tail will be getting a video game. So far it’s just an announcement and we haven’t gotten details yet but all we know is that Fairy Tail is going to be coming out on 2020 for PS4, Switch and PC/Steam. This game will also be done by Koei Tecmo, the same company that works on Orochi Warriors, One Piece Pirate Warriors and Attack on Titan. However, this game will not be “musuo-style” game, a game where the player fights waves of enemies; this Fairy Tail game will be an RPG game. More details on coming in this upcoming Tokyo Game Show (9/12-15)

#FAIRYTAIL will be available in 2020 on PS4/Switch/PC Steam

In FAIRY TAIL, wizards play through the adventures of Natsu Dragneel and Lucy Heartfilia, as well as other eccentric members of the FAIRY TAIL, on a fun-filled and thrilling quest. #FairyTailGame #KTfamily #GustGame pic.twitter.com/46WIxkVu9i

Even though I haven’t started the series yet, I know that this series is popular for fans. Mangaka Hiro Mashima revealed in his 61st volume of the manga Fairy Tail that the story will be concluding 2 more volumes!

Announced in the 24th issue of the Japanese Weekly Shonen Jump, the video game One Piece: Unlimited World Red be receiving a PS4 and Nintendo Switch port. The game will also be changed and titled in the name One Piece: Unlimited World Red Deluxe Edition. The game will include all the DLCs in it and an offline 2 player co-op. The game was originally sold in Japan November 2013 for 3DS and June 2014 for PS3, PS Vita and Wii U. The game later later got released for North America in July 14 and Europe got it in June 2014. You can read my old review here. Hopefully we get this game soon.

Manga publisher and license company Kodansha confirmed that they will be releasing the tribute manga to Parasyte called Neo Parayste m (in Japan it’s called Neo Kiseijū). The book is will be out to be sold in November 14 and it will collect 12 short stories done by many authors like Hiro Mashima (Fairy Tail) and Akira Hiramoto (Prison School). Here is the synopsis to the original Parasyte manga:

The manga takes place in a world where alien beings called Parasites come to Earth and start taking over humans by entering in through their noses and ears and attaching themselves to their brains. One alien called Migi is only able to take over high school student Shinichi Izumi’s right arm, and is unable to control Shinichi completely. Migi and Shinichi learn to co-exist, and the two battle other Parasites who see humans only as food.

The manga even got an anime called Parasyte: the Maxim and it was licensed and dubbed for English from Sentai Filmworks.